In Granada we simply didn’t feel the need to go to a restaurant as every time we went out for a drink we were constantly bombarded with free tapas (read here about our list of great tapas bars). However before we went to Córdoba I asked my friends, Rafael and Salvador to take us to a nice restaurant where we can sample some fine Andalucian cuisine.

Our guides took us out of the touristy area and into a busy looking restaurant called ‘La Cazuela’. As far as we could see there were no foreigners there apart from us so it was definitely a place frequented only by locals. It already started well. When we got the menu we handed it all over to our friends so they could order for us. Our only requirement was that the food has to be typical for the area. This is the list they came up with.

Salmorejo
Have you heard of ‘gazpacho’? This is typical Andalucian vegetable soup that is served cold and feels very refreshing on a hot day. Córdoba made a twist on this and made its own called salmorejo. It’s very easy to make. Get some tomatoes, bread, oil, garlic and vinegar, throw them all in a blender and press the button (after securing the lid on!). Salmorejo is typically denser than the gazpacho but equally refreshing. There were even bits of egg and bacon slices on top. 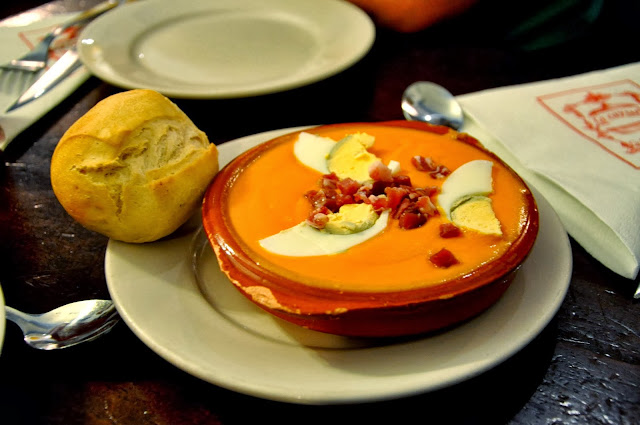 Later when we went to a Gastronomy Market we saw a ‘Salmorejo Bar’ where you could choose your ‘toppings’ of your soup. There were at least ten different options including squid ink!

Berengenas con miel
This is another very typical dish in Andalucia. The long bits that look like fries are actually fried aubergines! The whole plate was drenched in golden honey and even though it sounds strange but the combination of the two is surprisingly tasty. Juan Carlos would be proud of me as I ate lots of aubergine sticks. We even dunked some in the salmorejo! 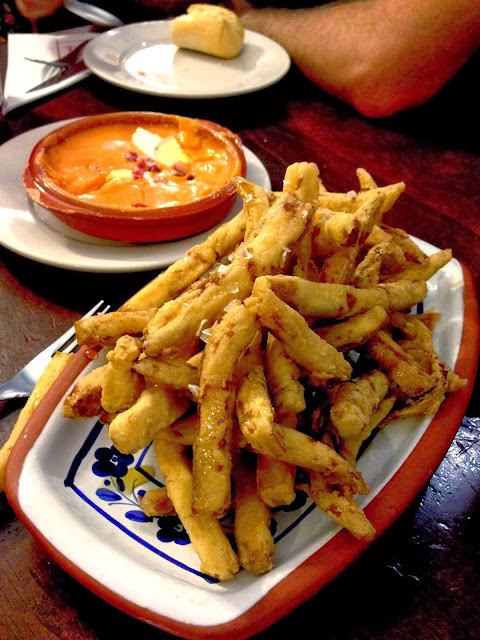 Flamenquín
This looked like it would be a hit with us straight away as it’s basically cachopo, our favourite Asturian dish! (read about cachopo here) Breaded meat with bacon is rolled and sliced up. It’s served with mayo sauce and golden fries. 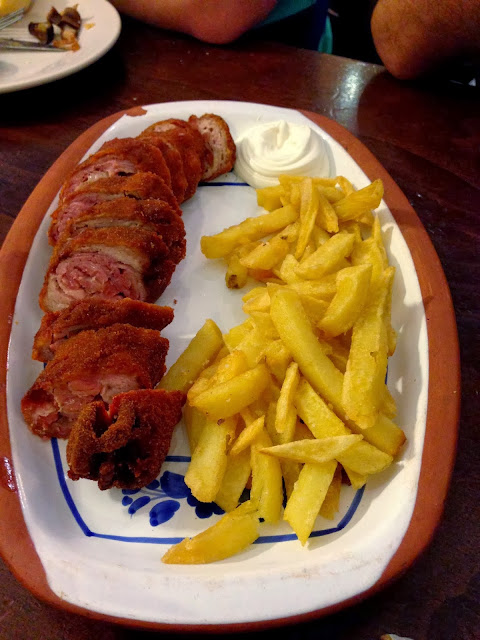 Solomillo al Pedro Ximenez
Another typical Andaluzian meal. Tender lamb slices and potato all soaked in a rich sauce of red wine. The wine in the sauce is named after Pedro Ximenez, this is where the dish got its name from, too. Paul said that the red wine sauce gave it a taste that reminded him of French cuisine. 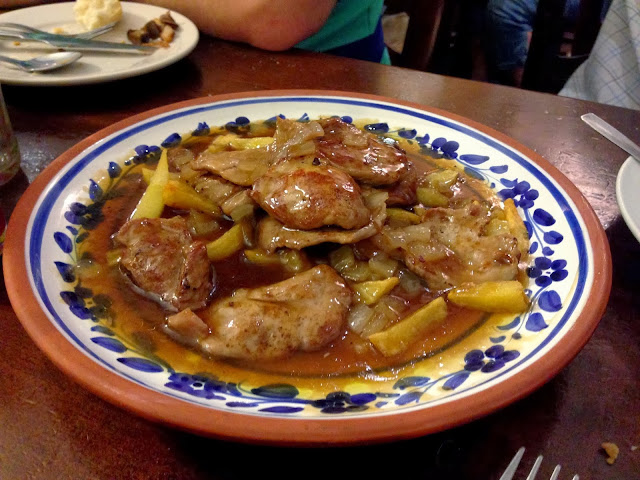 Finally a great Andalucian drink that I’ve quickly became a fan of: tinto verano. It’s very easy to make, put some ice in a glass and fill it with half red wine (vino tinto) and half lemonade. Salvador was happy to demonstrating the most crucial part of the operation. 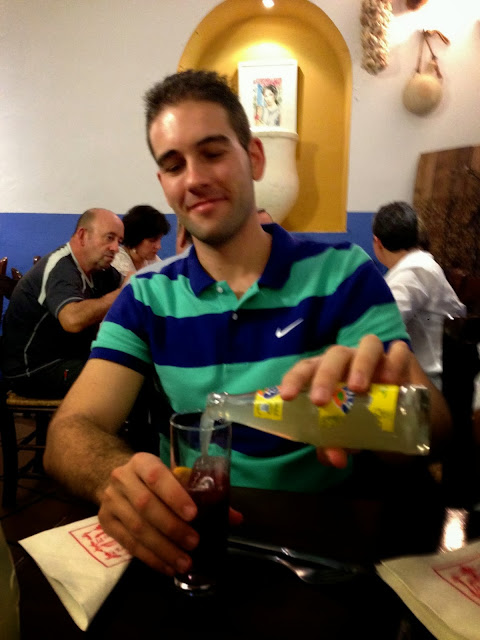 At the end of the meal we were joined by two gorgeous ladies and together we went to have a drink at a terrace bar. With this our Córdoba adventure had ended. 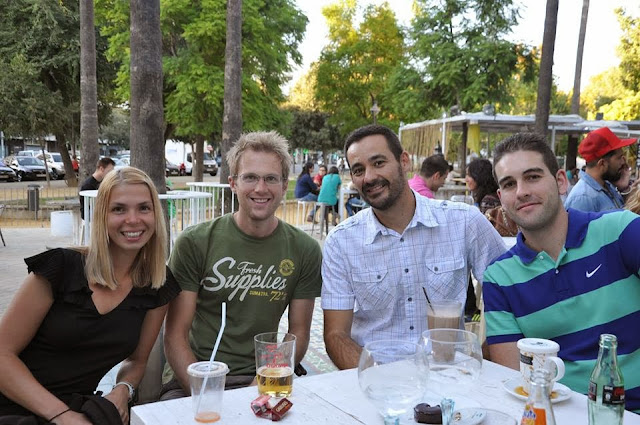 Special thanks to Rafael and Salvador for being such great hosts. We’re looking forward to our next visit!