Paragliding in the Sierra Nevada

We have been trying to organise a paragliding session since we moved to Spain but the weather or other things out of our control always prevented us from actually doing it. On our very last weekend in Granada however it all became reality.

After some research we settled on a company called Andaventur due to the amount of good feedback on Tripadvisor. They picked us up from the centre of the town which was great as it meant we didn’t have to go anywhere by bus or train, just walked down the street. They took us to a peak of the Sierra Nevada next to the village of Cenes de la Vega by car. We took out the stuff from the car and walked up to the taking off area.

This late in the year isn’t usually great for paragliding but luck was with us again and the day we chose proved to be an exceptionally good day as the amount of people at the taking off area proved. From there we could see all around us, the scenery and the colourful paragliders were a gorgeous combination. 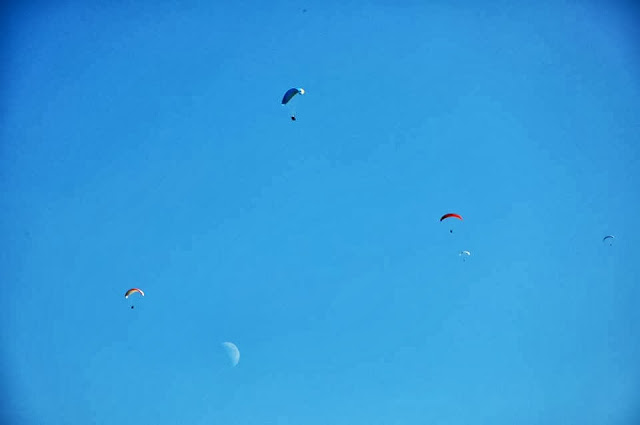 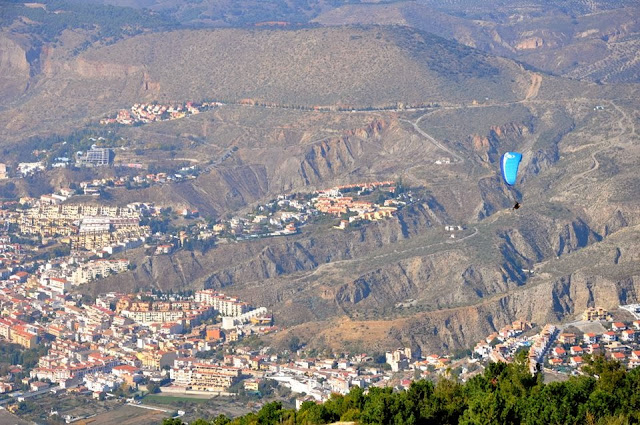 After a few minutes we moved further up. Our guides prepared everything for us while we were waiting, hardly able to contain our excitement. 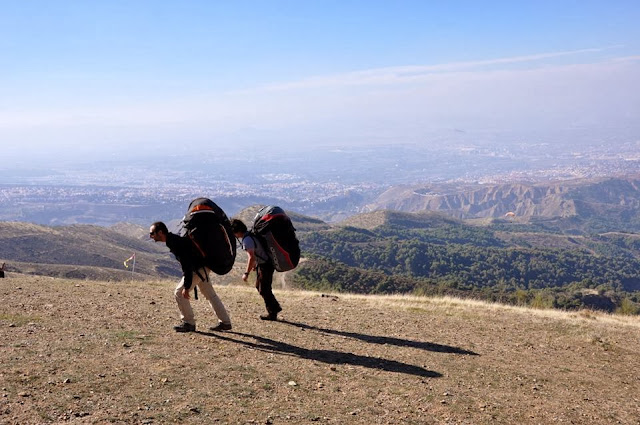 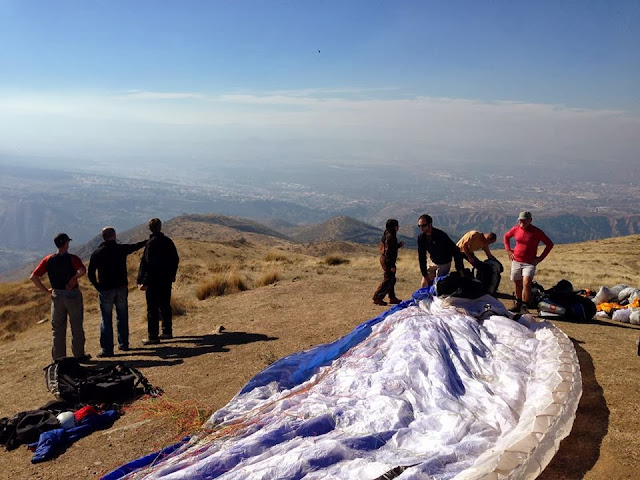 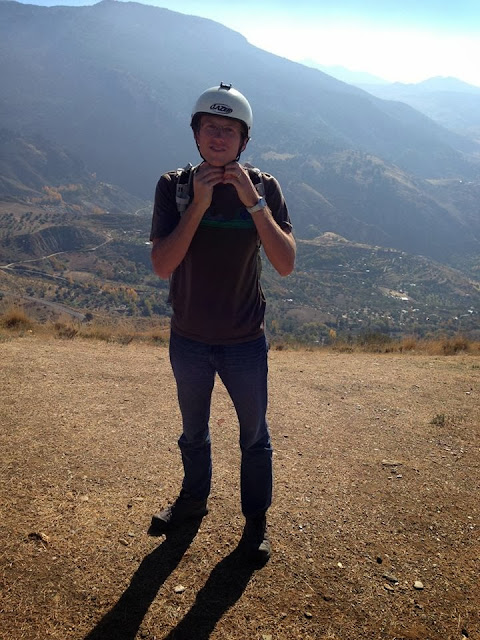 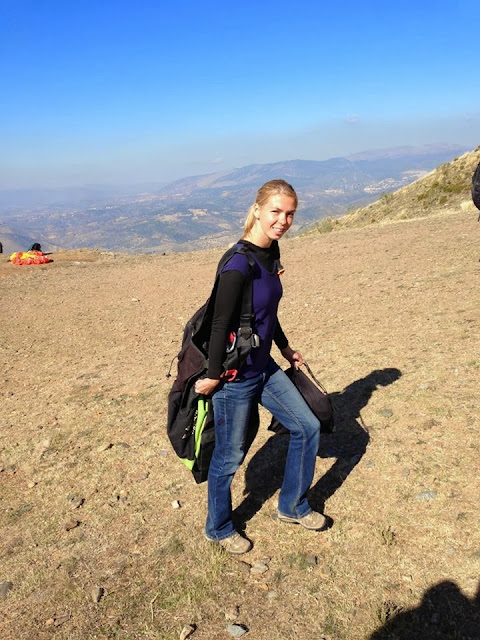 After a quick, simple introduction we were ready to launch. I was the first one to take off. 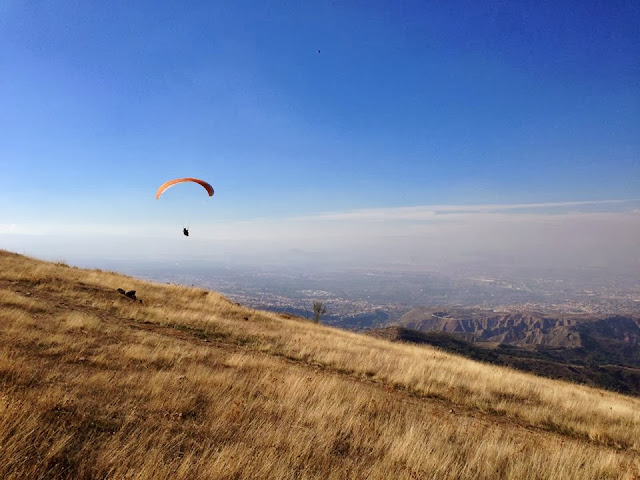 The experience is indescribable. My guide was amazing, he was very skilled at catching the wind currents that took us higher and higher in the air. We stayed up for at least 20-25 minutes (that is considered a long time for this area). I enjoyed paragliding much more than skydiving. The area was especially great as the Sierra Nevada and Cenes de la Vega is such a gorgeous sight that you cannot get bored of looking at it. I even had a chance to take control (although I wasn’t very good at it) and the landing was an added thrill to the experience.

There are many companies around Granada who offer paragliding and other exciting outdoor sports. If you’d like to try Andaventur, here’s their website.