A wedding in El Torno

As part of the Cherry Blossom Fiesta amongst the many activities offered was one that raised my curiosity: they enacted a typical Extremaduran wedding in the village of El Torno. Even though it was raining all day there were still many tourists around to see the event and we joined the crowd to be part of the event. 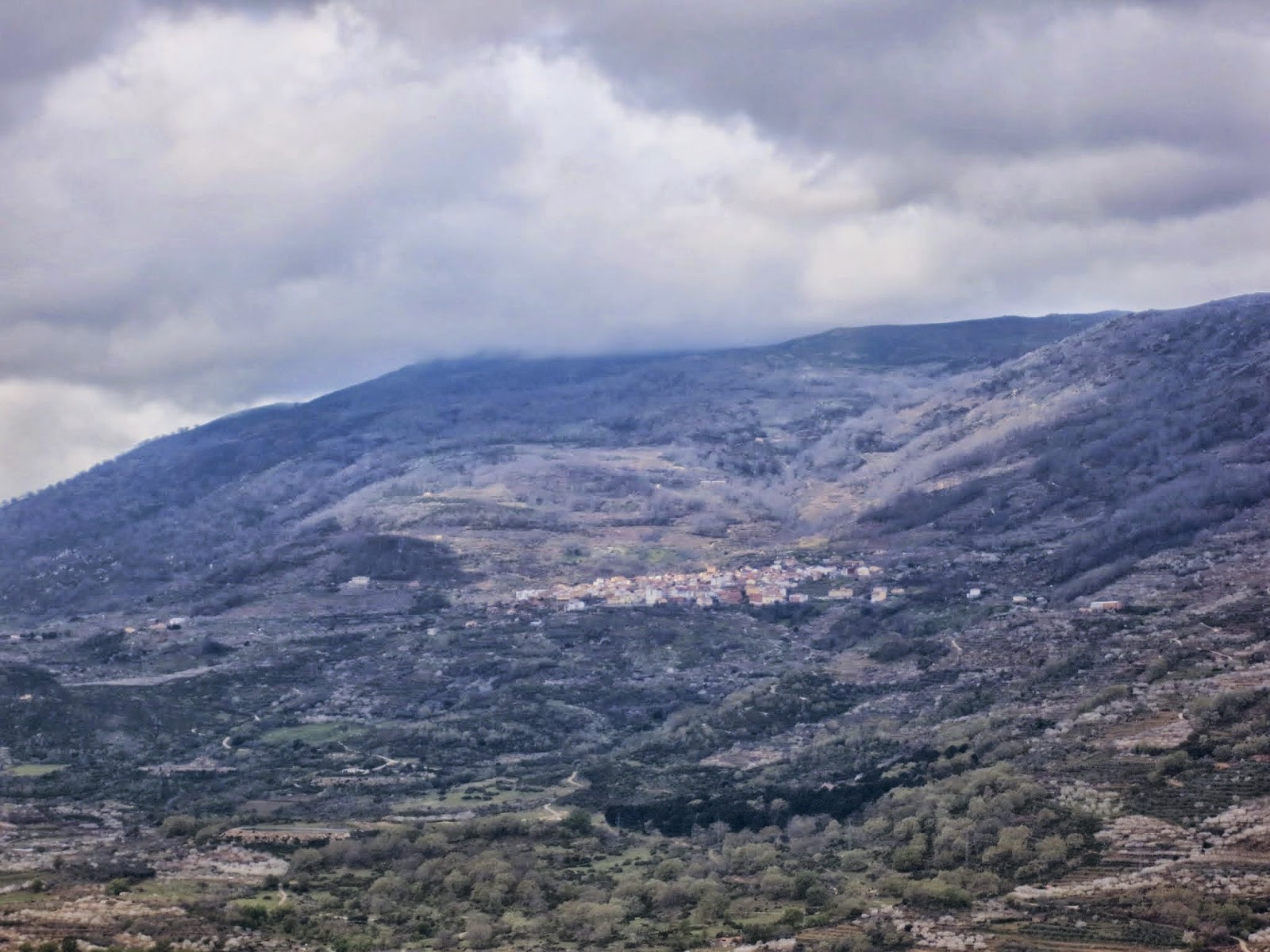 El Torno is a little village in the Jerte Valley nestled on the side of a hill at 900m. It has the advantage of offering incredible views over the whole valley and it was surrounded by the white flowers of the blooming cherries. AND it has a stork nest right on top of its Town Hall. Now that’s something to boast about! 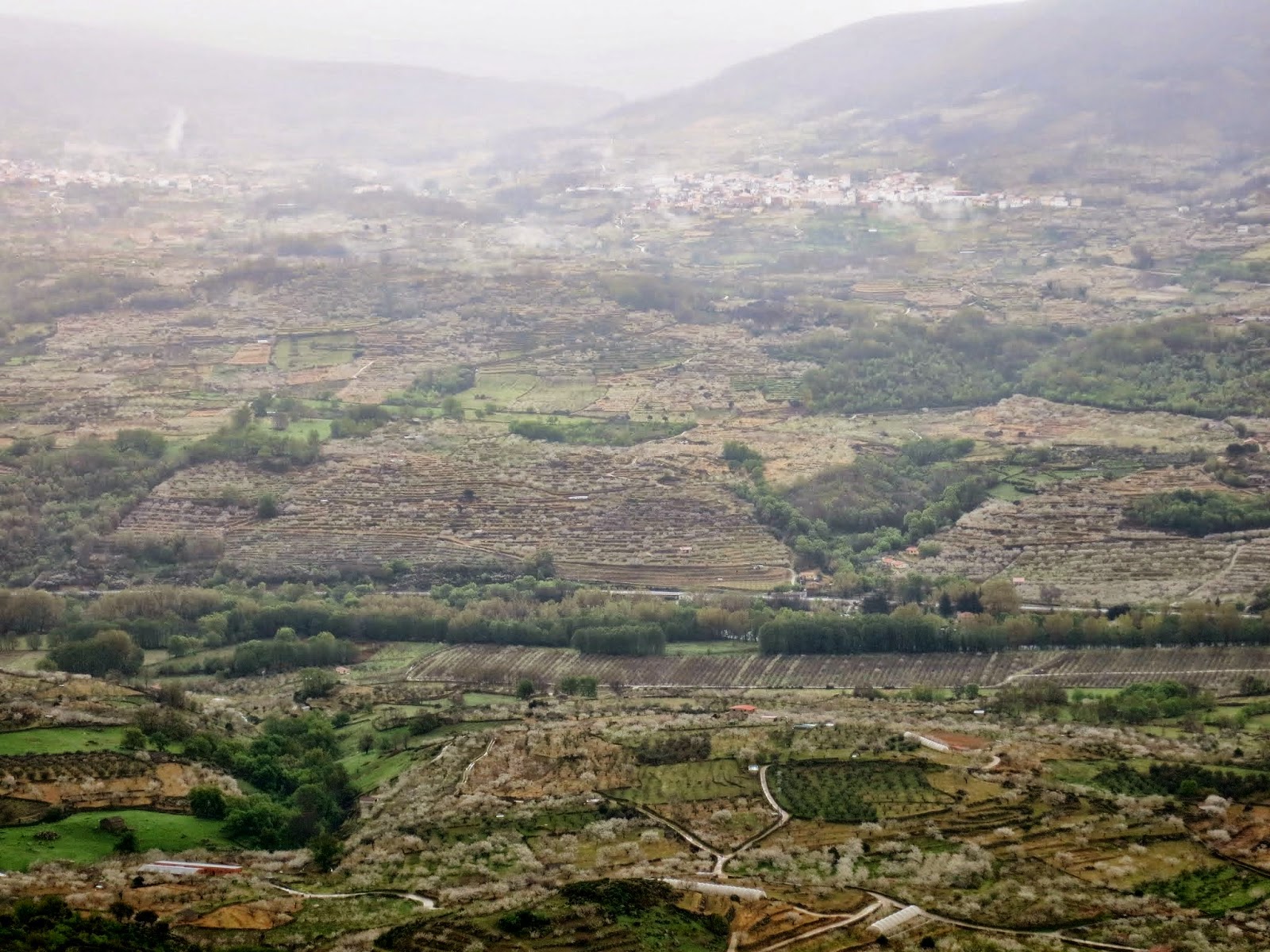 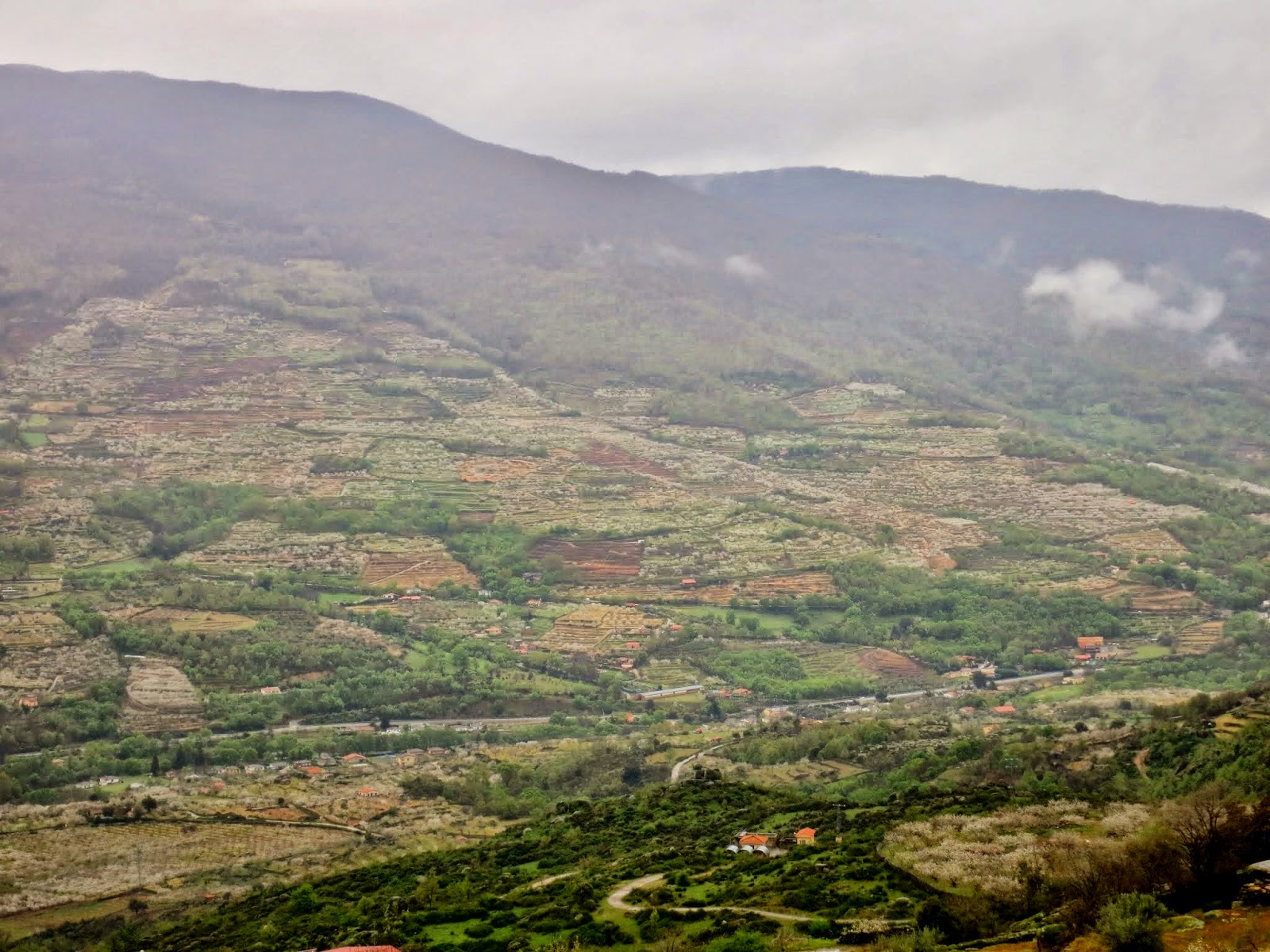 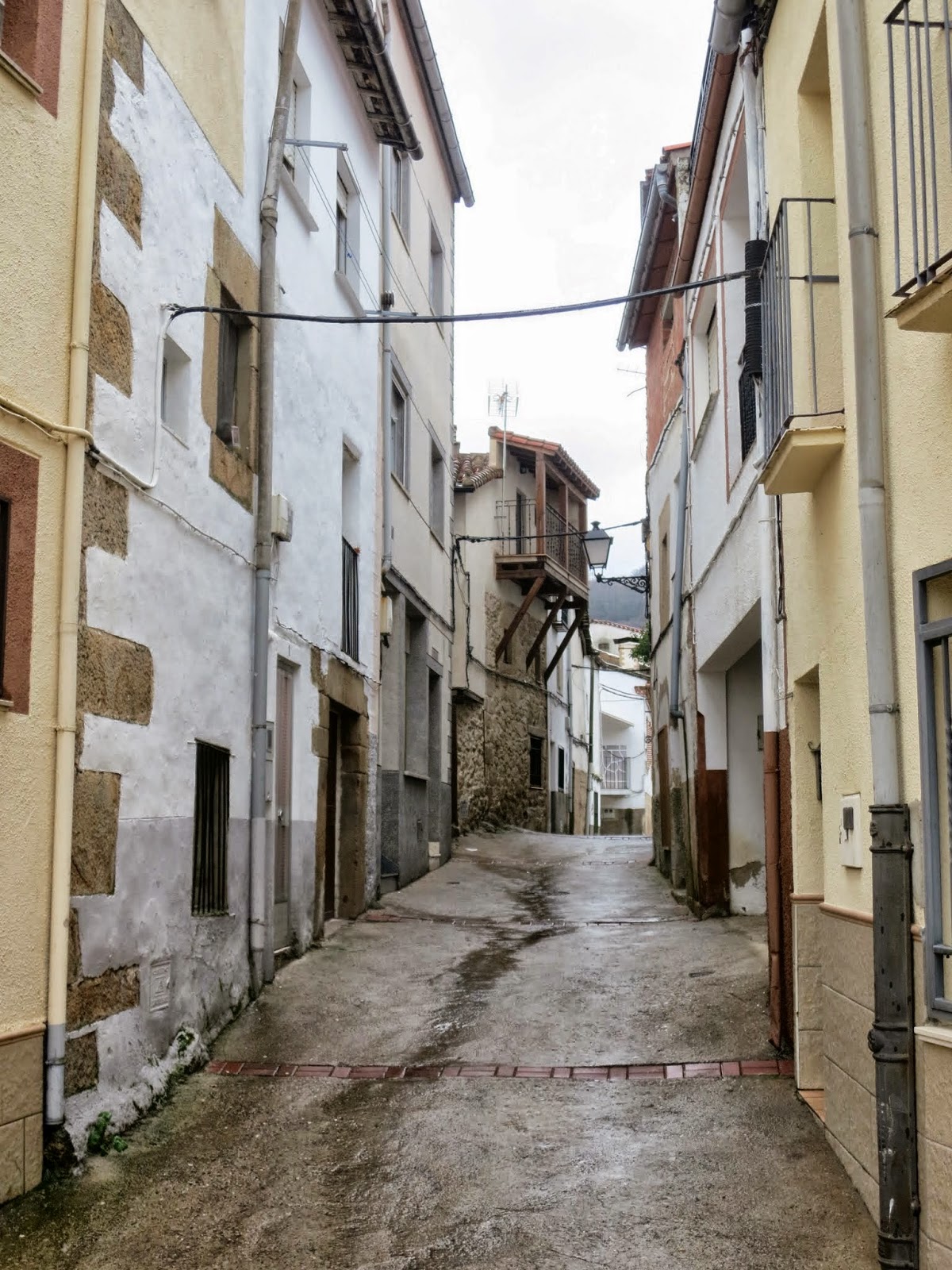 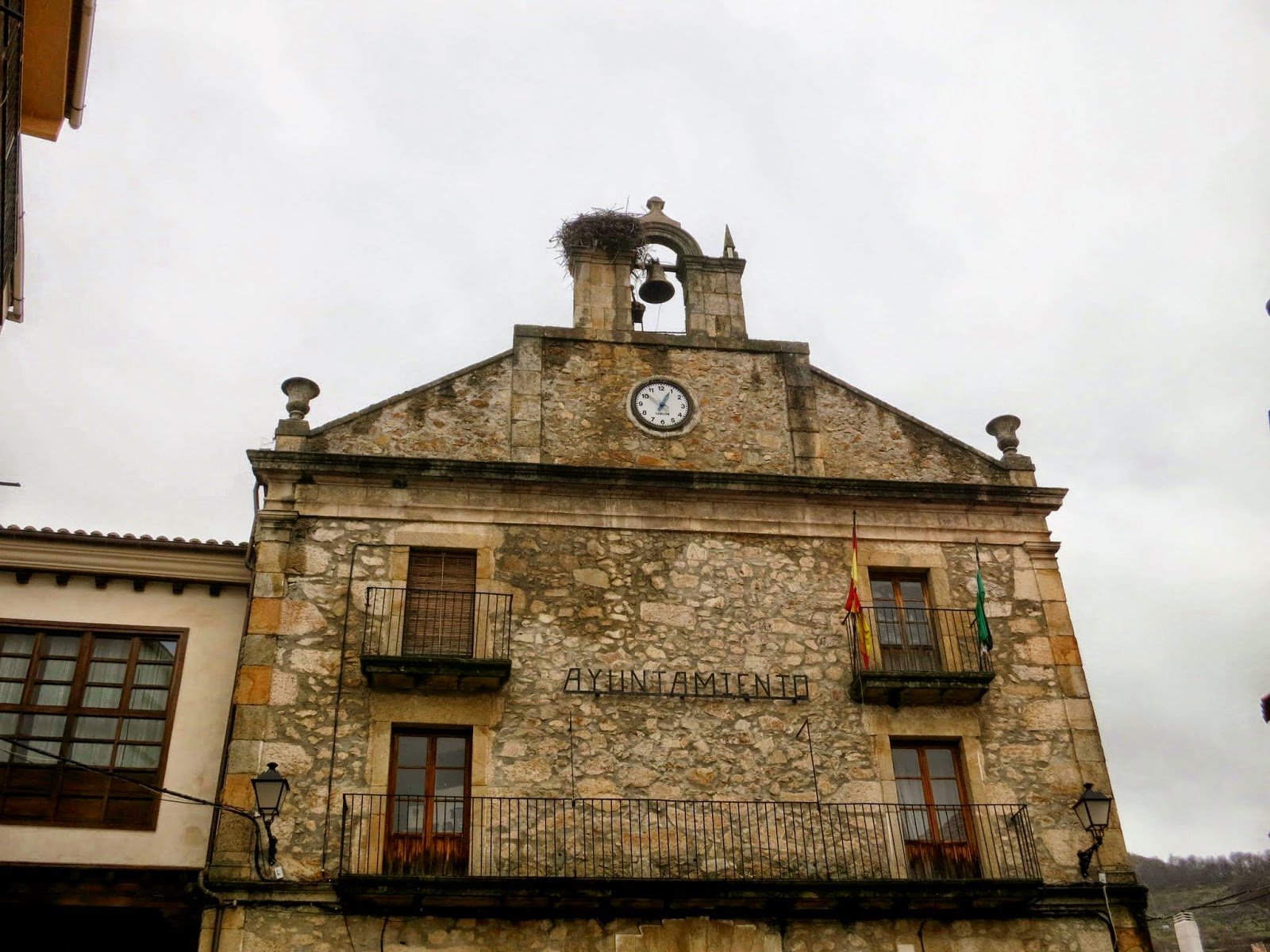 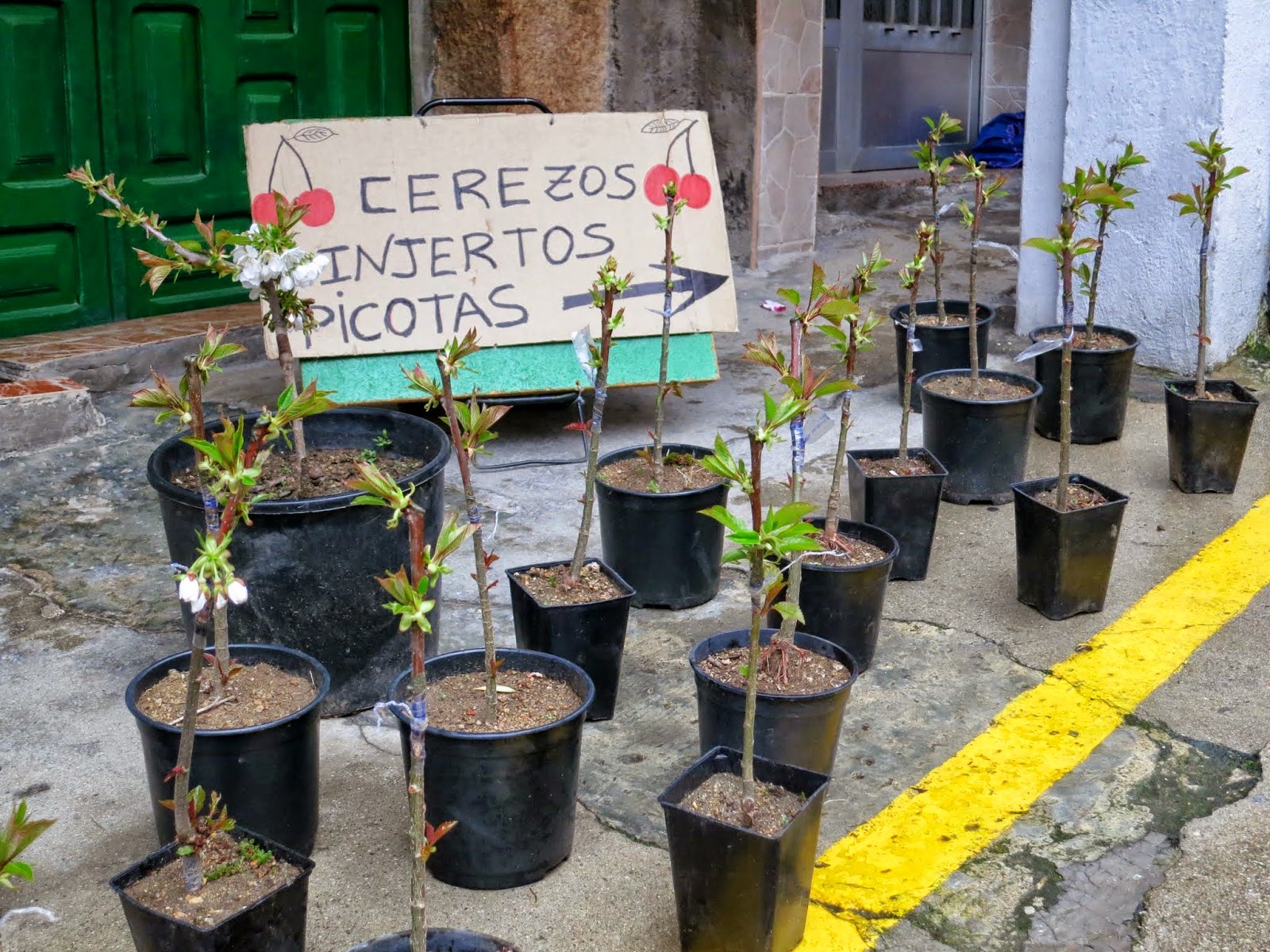 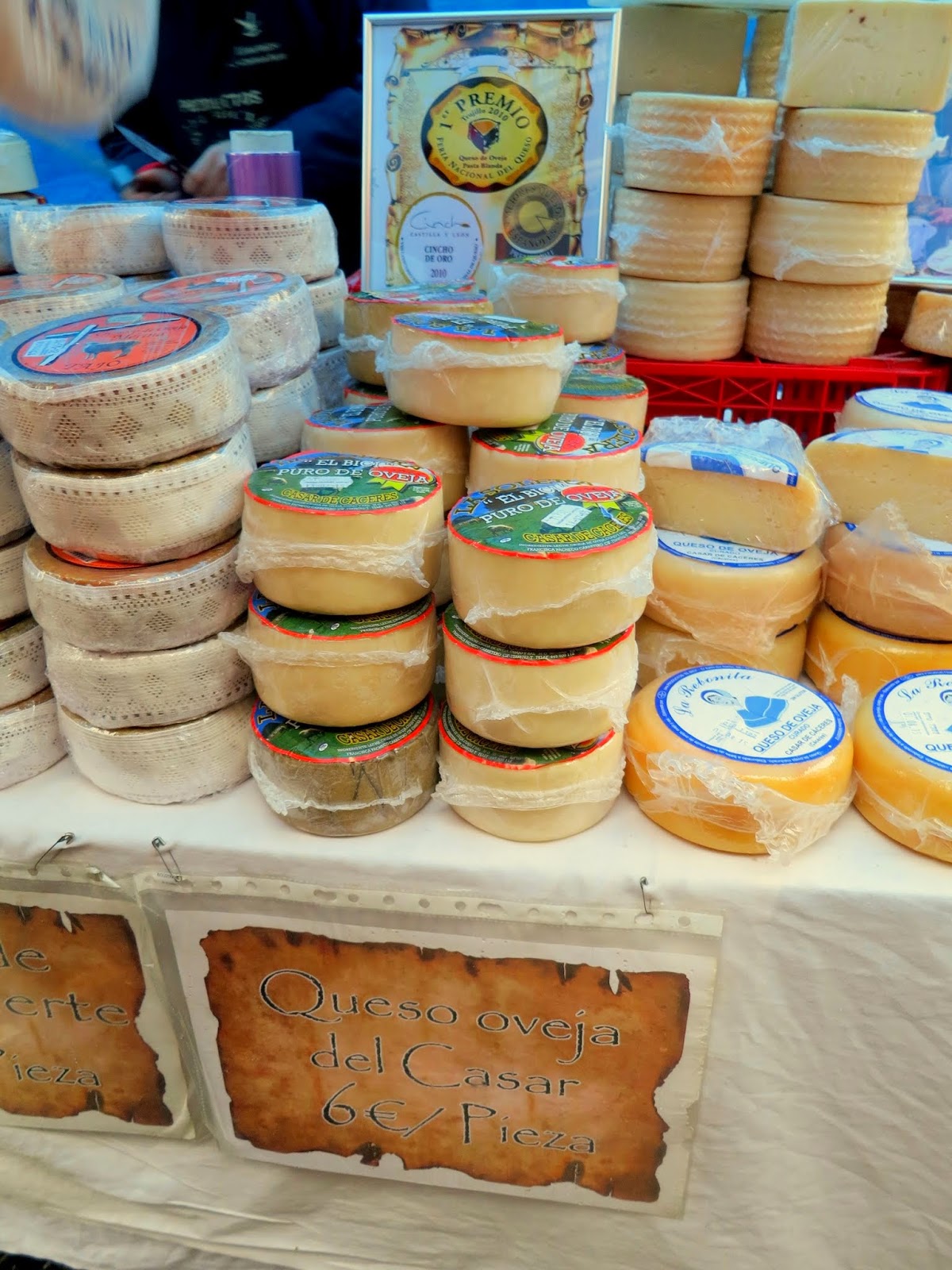 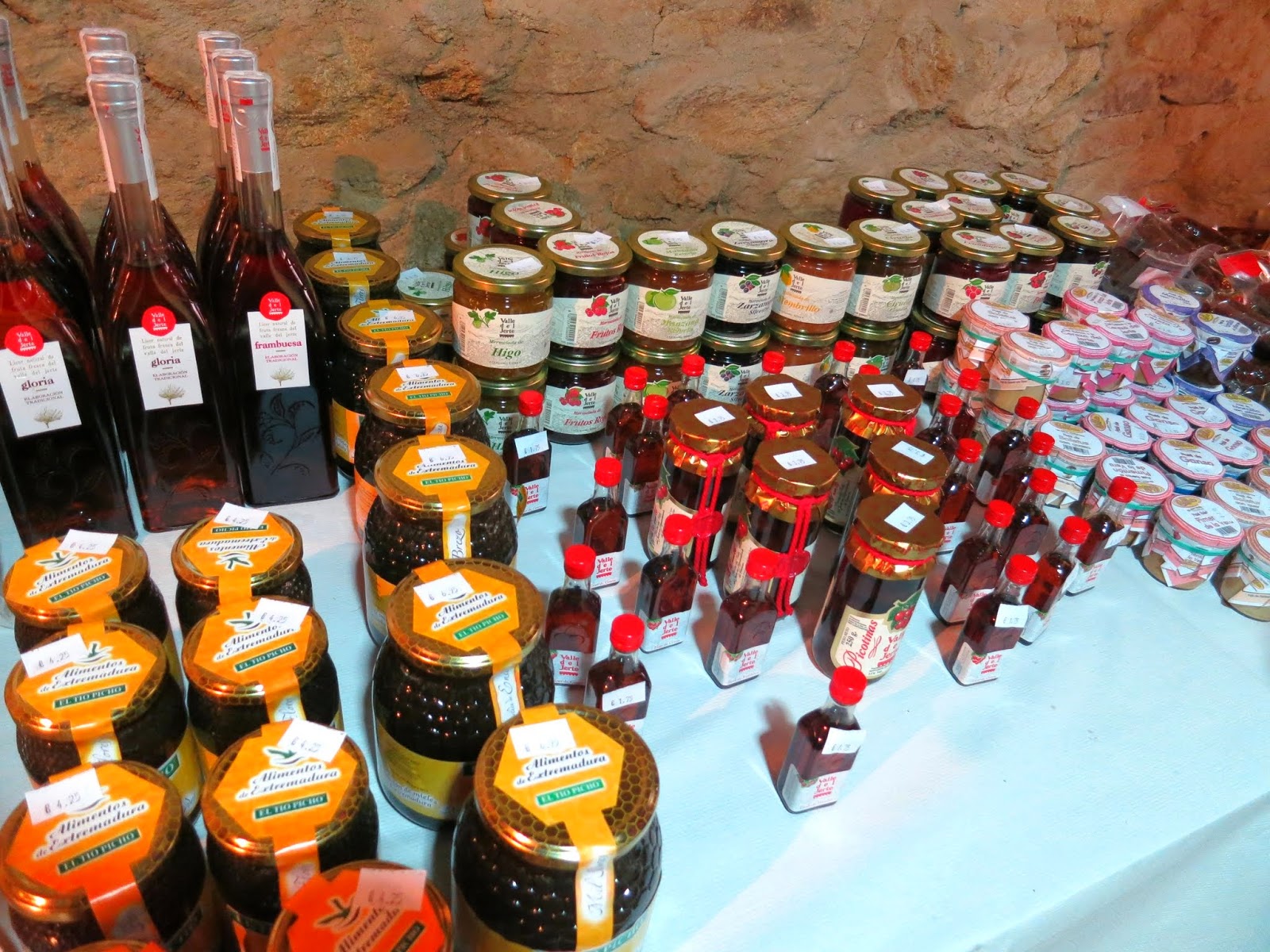 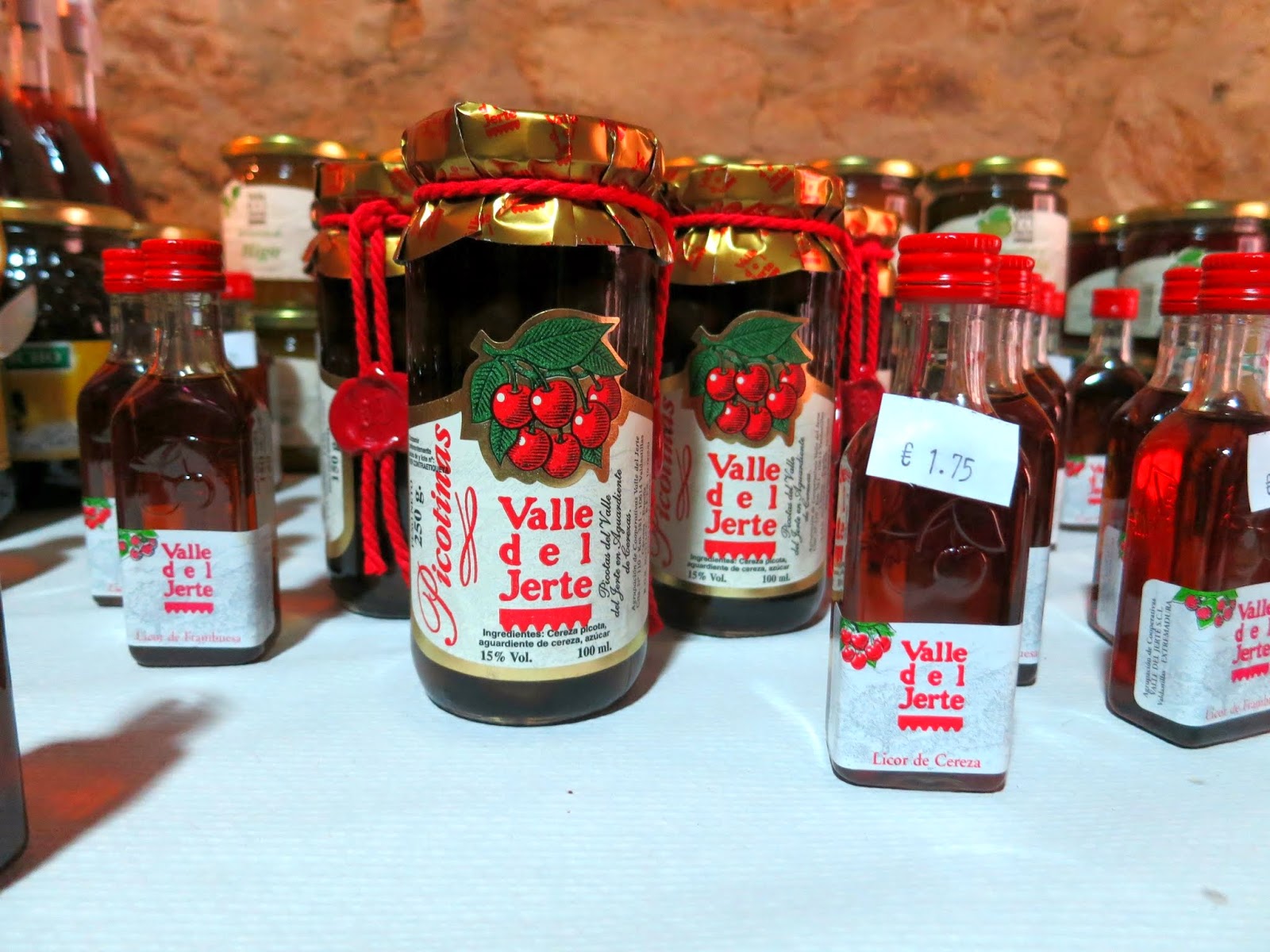 Then we went to the main square where in a huge tent we tried three different types of the typical wedding pastries. The smiling ladies who served us were wearing traditional outfits. They got all excited when they realised that we are foreigners. The cakey things they pushed into our hands were the bañuelo, the Rosa de San Miguel (the one with the weird shape) and a piece of sponge cake. We also got a cup of coffee to wash them all down with. Sweet! 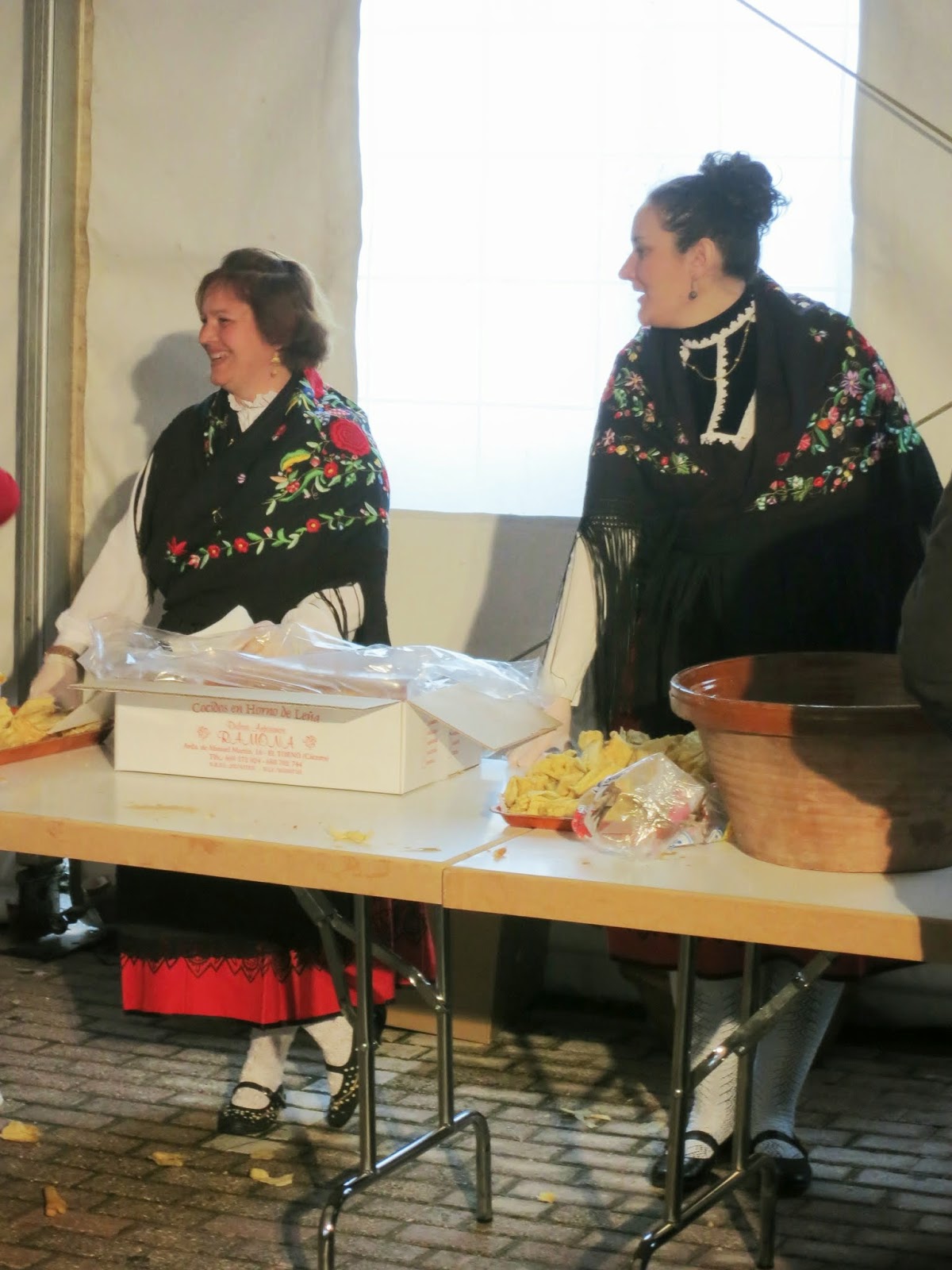 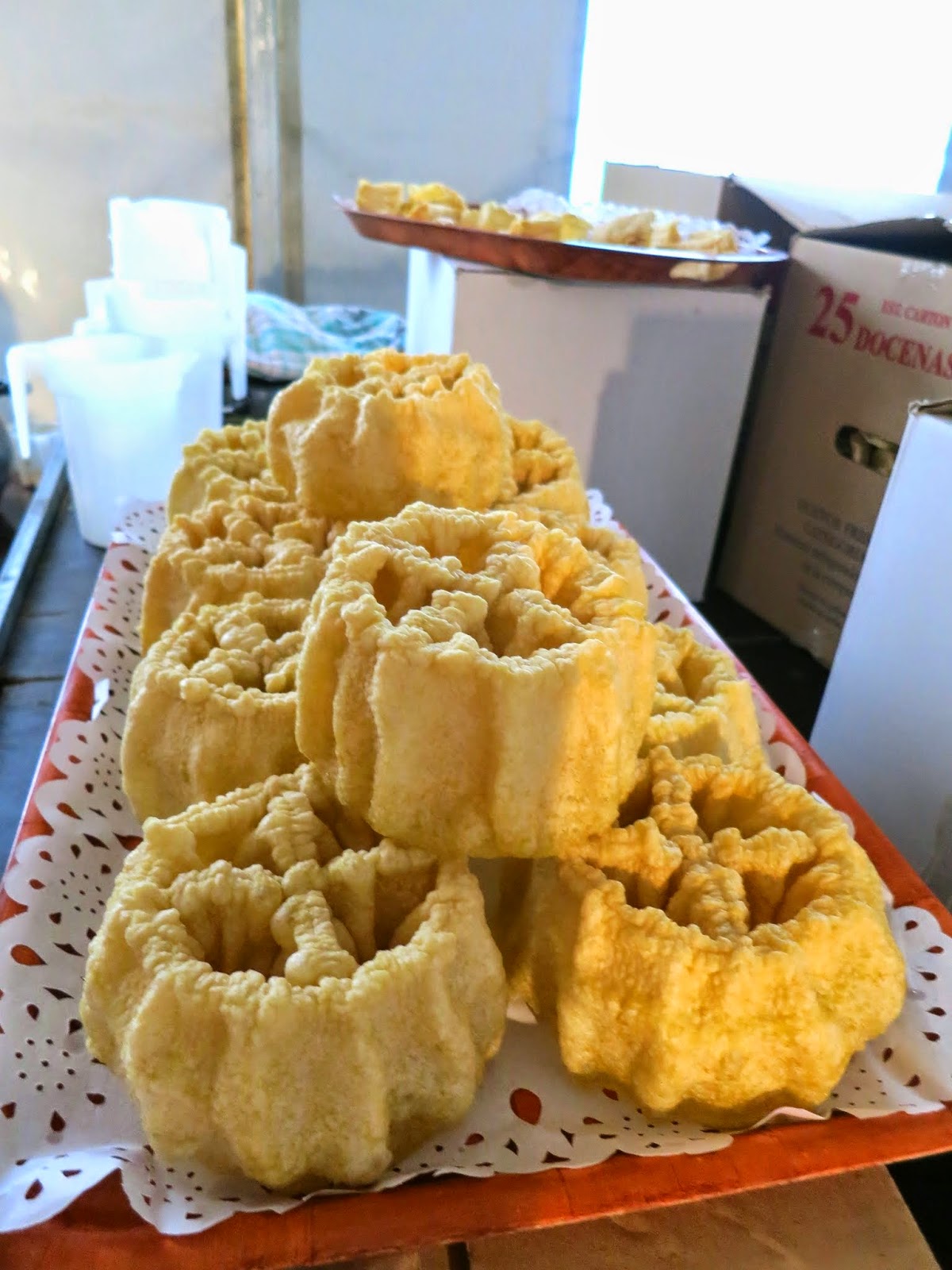 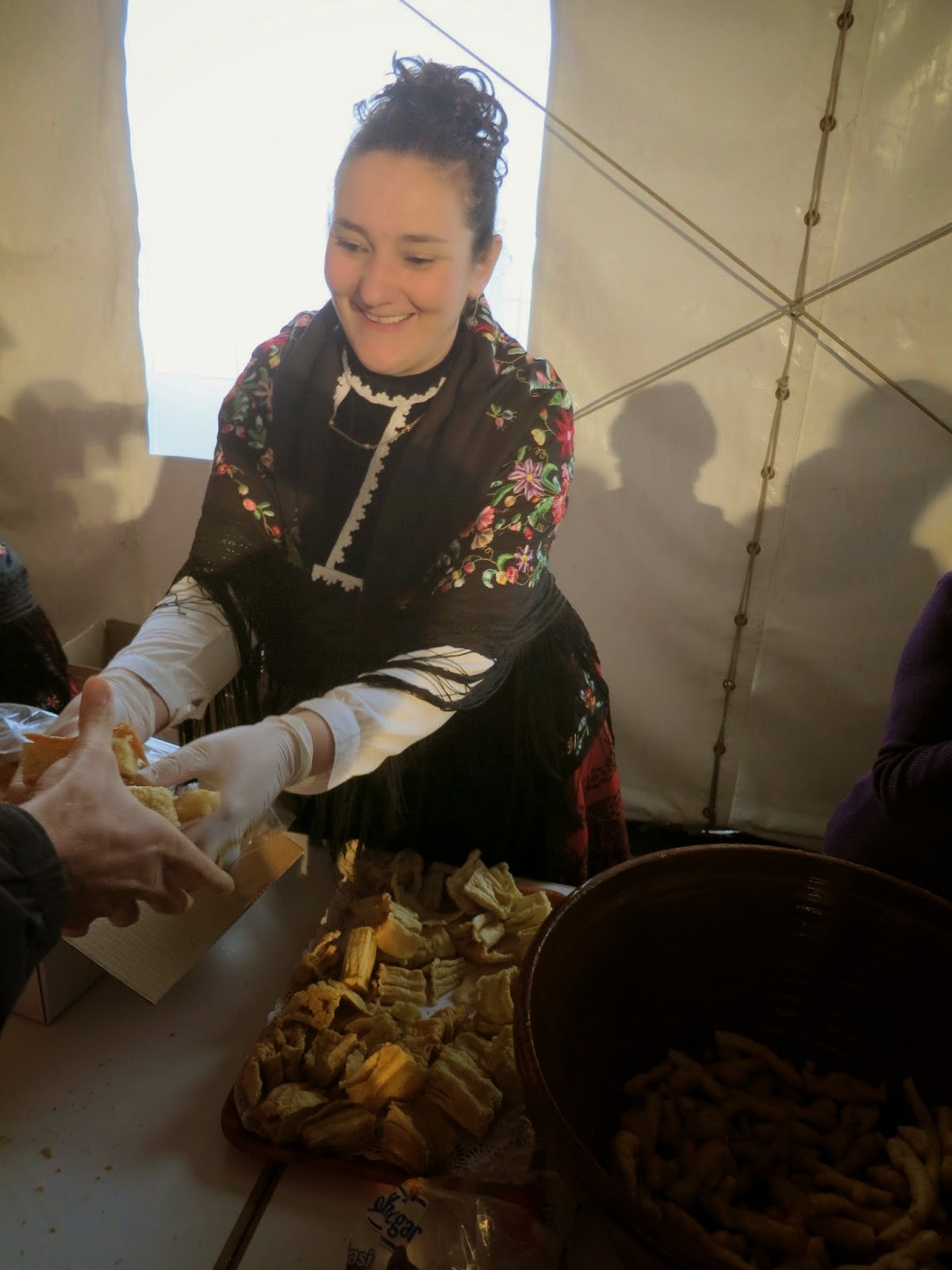 Meanwhile out on the street the ‘happy couple’ and their parents were having a great party walking around the village and stopping at every square to give a good old traditional boogie. The music was provided by a small brass band. 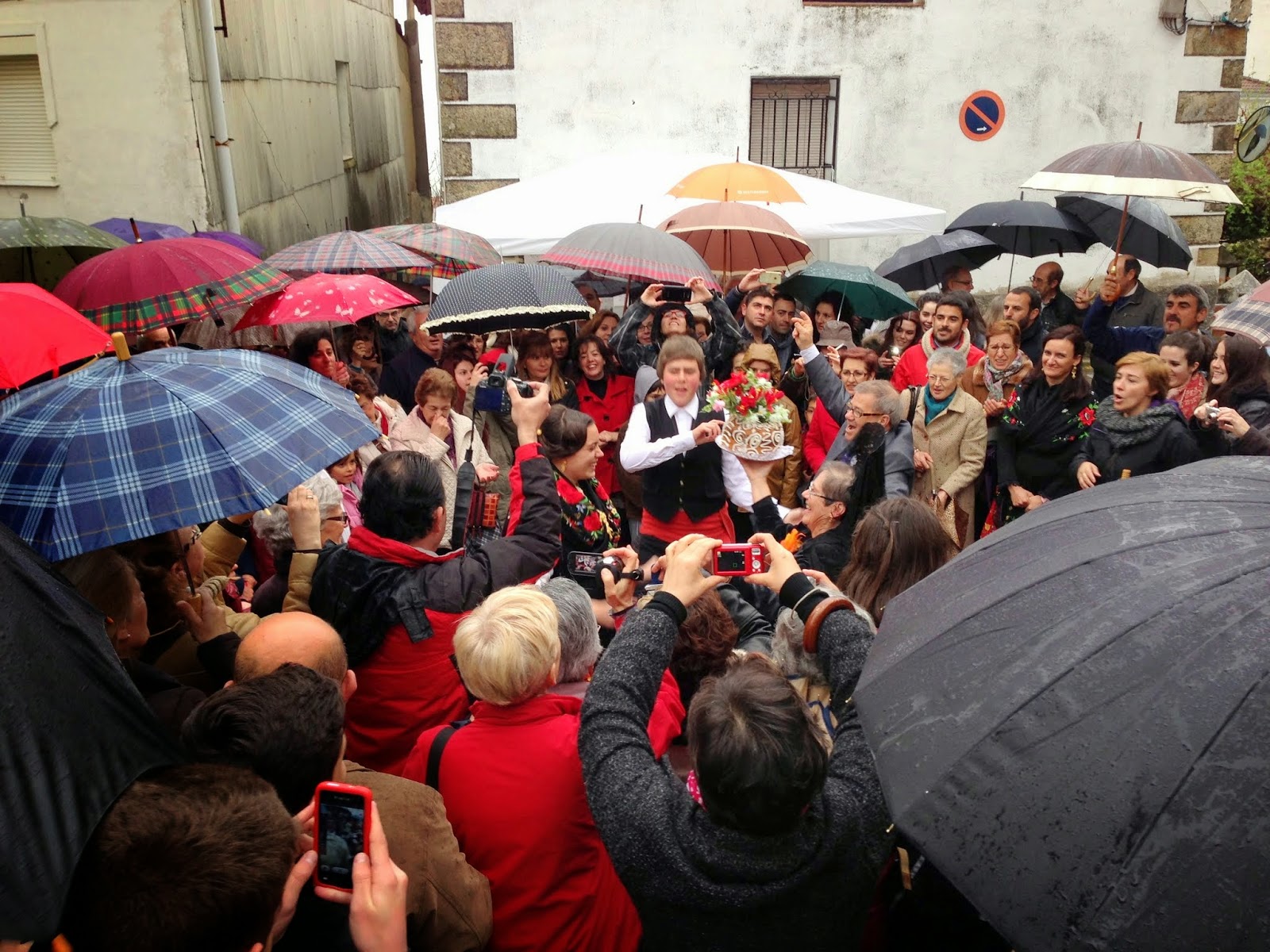 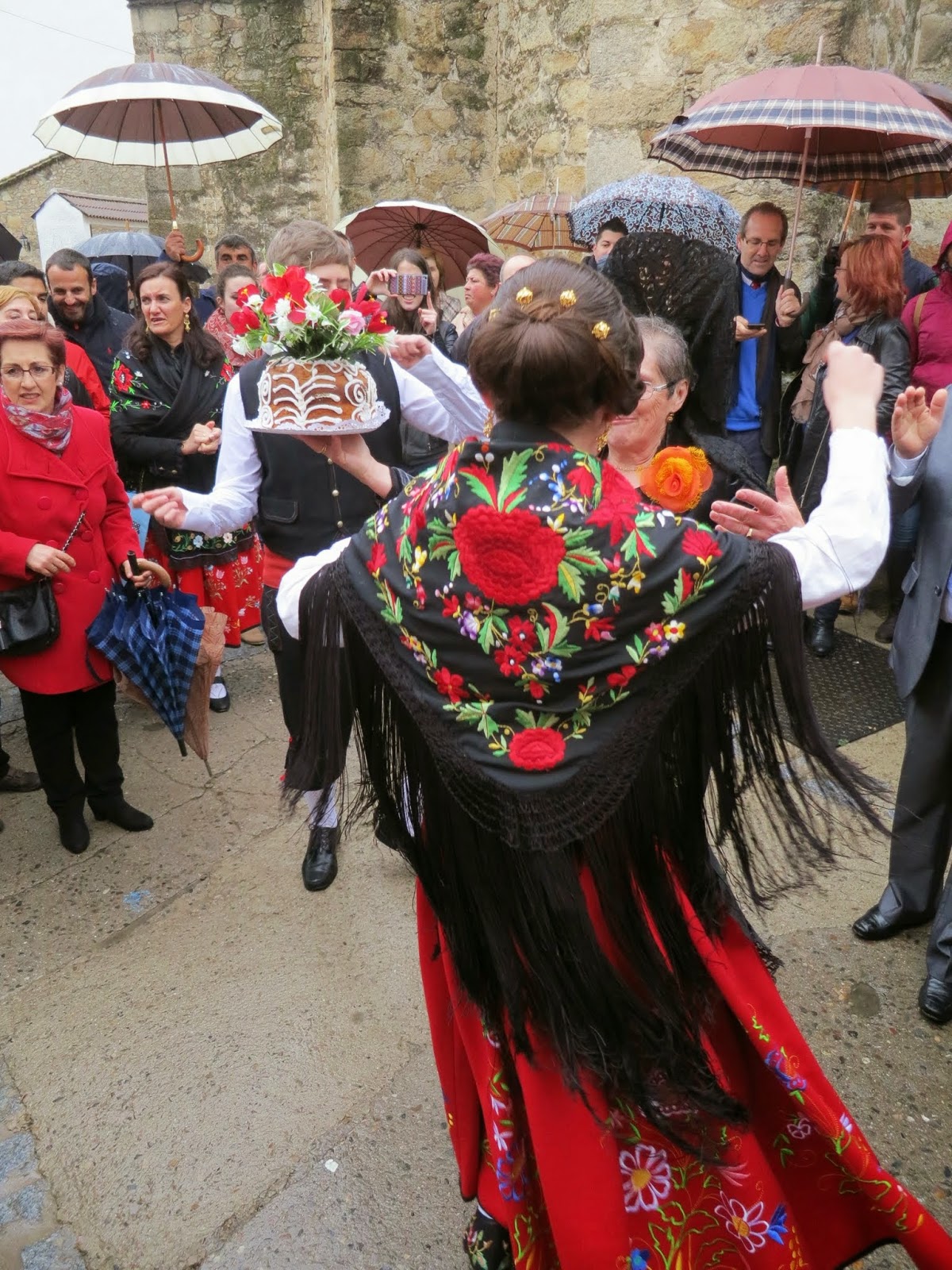 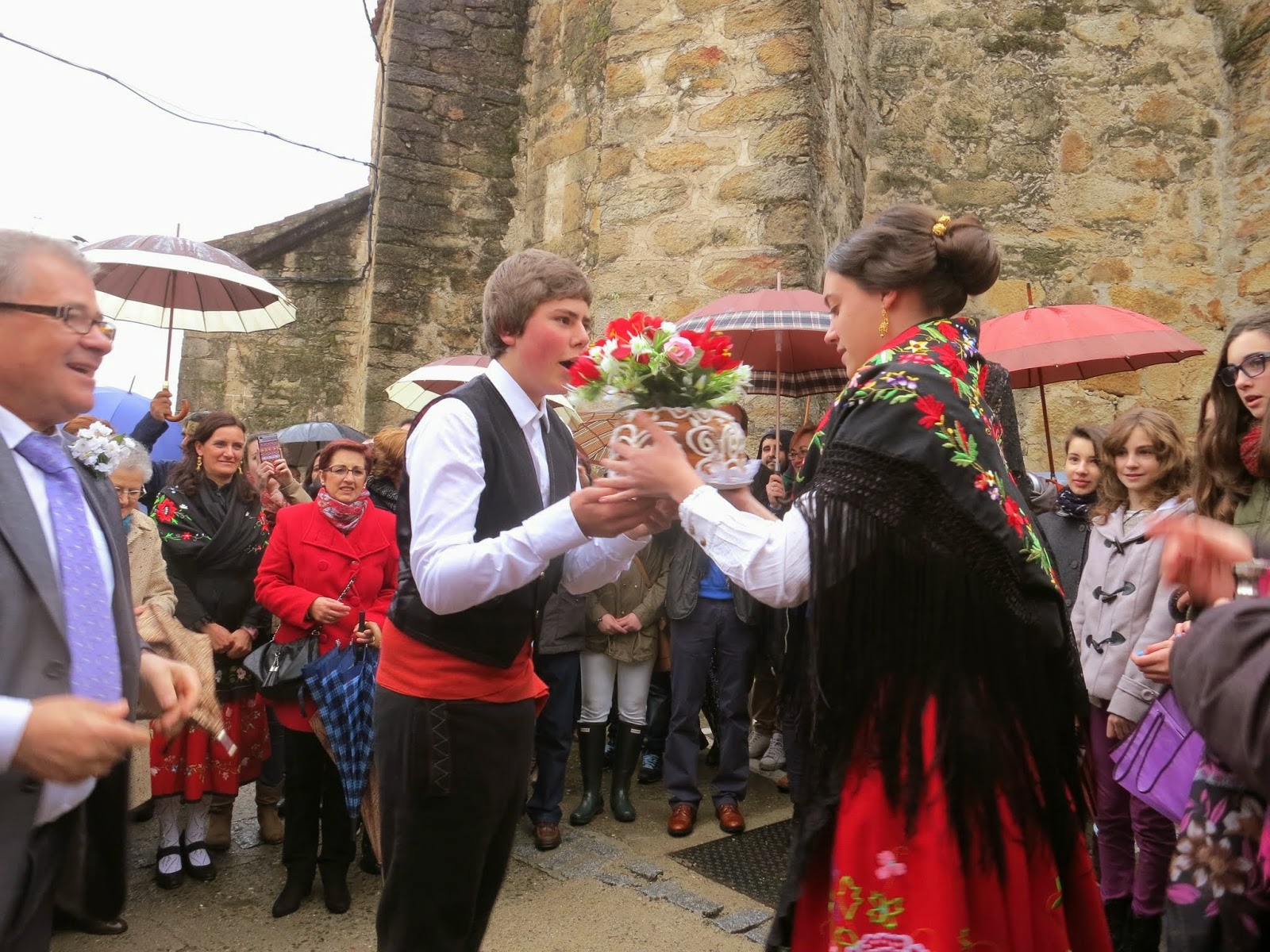 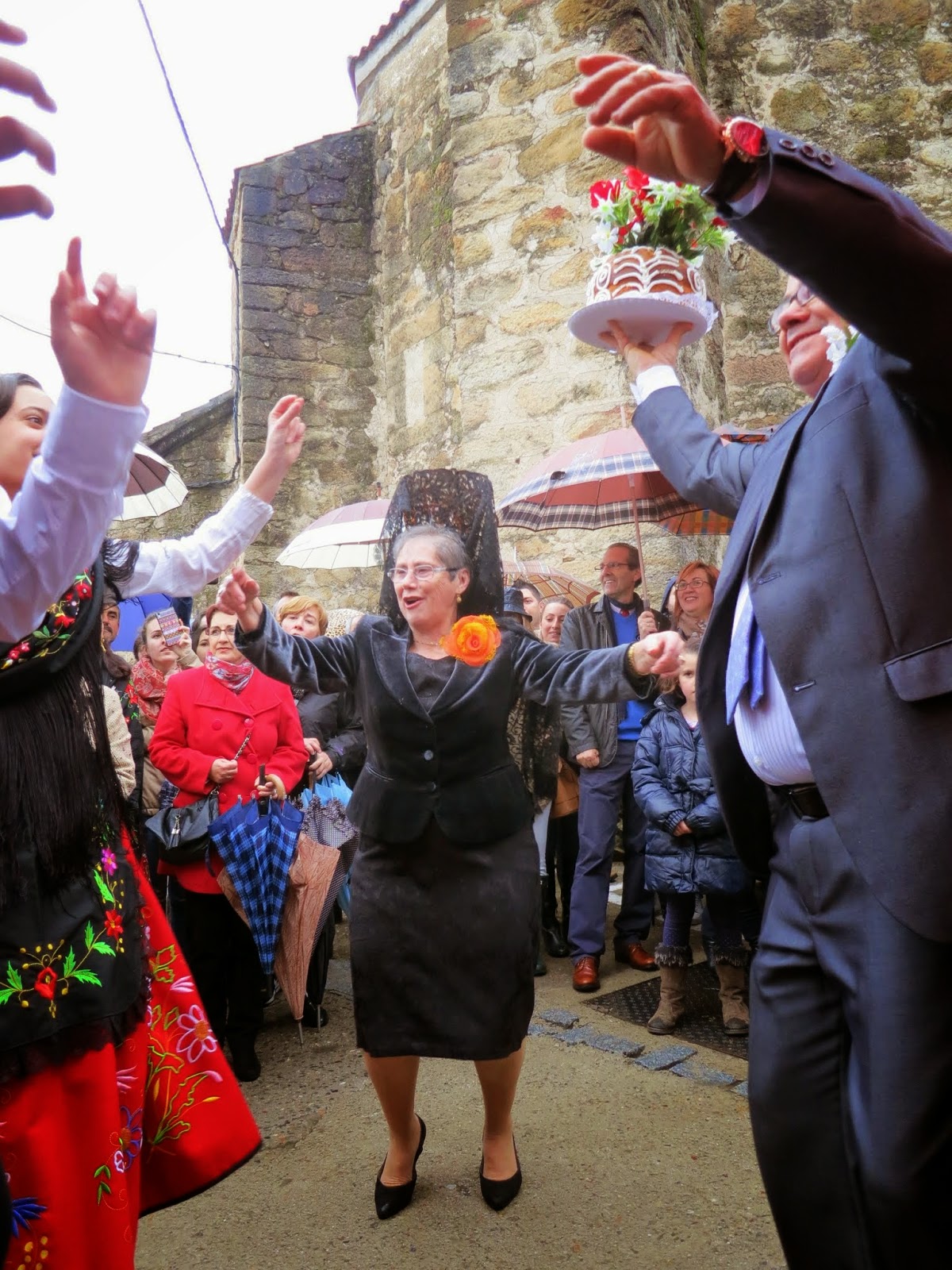 The whole entourage ended up in the tent. From here on it was complete chaos in true Spanish style. Everybody was shouting, people were dancing and laughing. The audience ushered the whole wedding bunch up on the stage, the poor band was commanded to play without stopping and the ‘happy couple’ had to dance until they couldn’t move. From time to time the crowd loudly demanded a kiss from the participants and cheered happily when it finally happened.
We watched all this from the side and found it extremely entertaining! Here’s a little video of the dance.

Up until now they were dancing around with the wedding cake with some flowers in the middle. Suddenly somebody on the stage turned around and threw the whole thing into the crowd! No, not only the flowers, the cake as well! It ended up on the floor but was swiftly picked up (well within the limits of the ‘3 second rule’) and everybody got a piece of it pushed into their hands. This is how we ended up trying it, too. 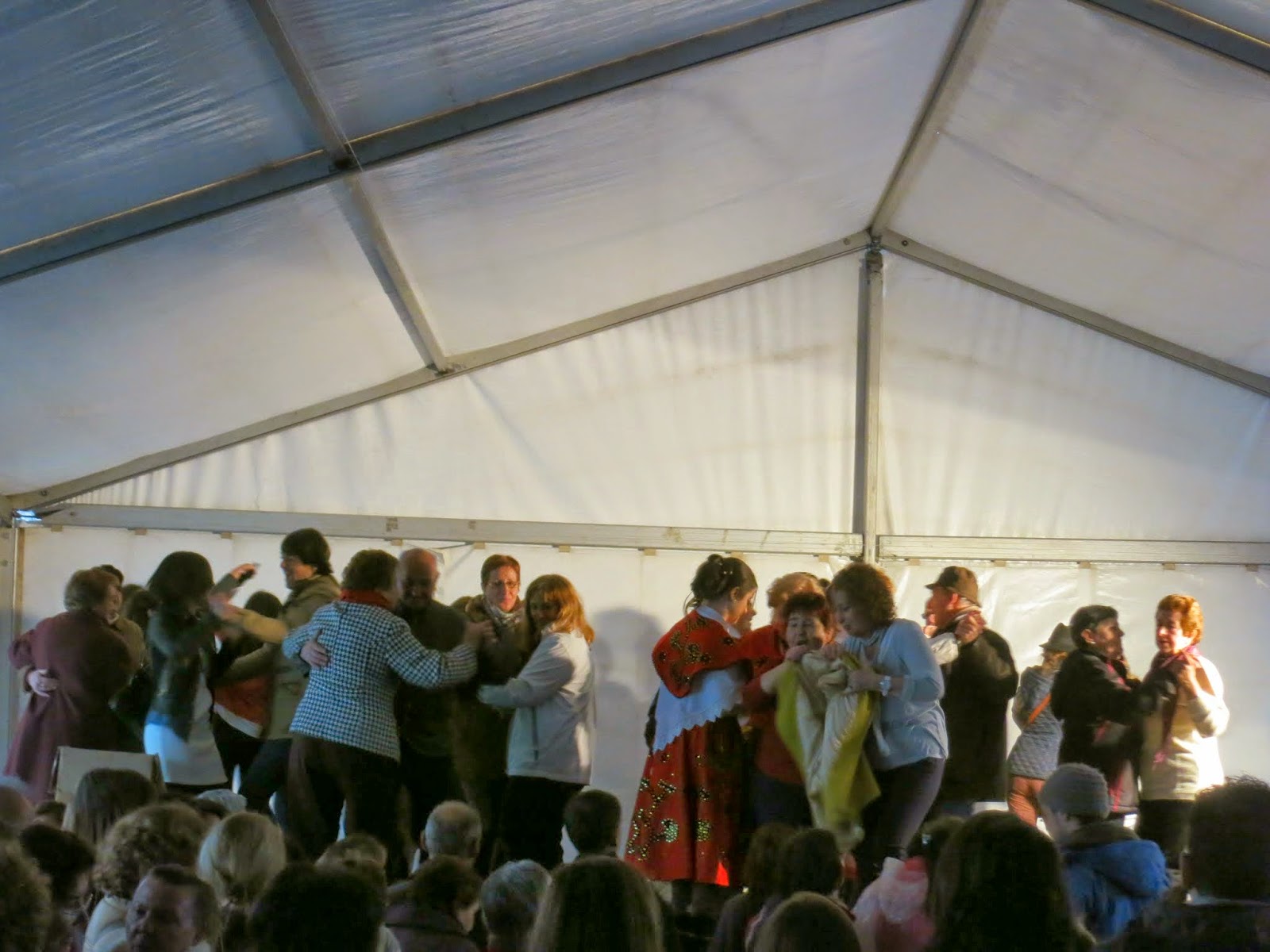 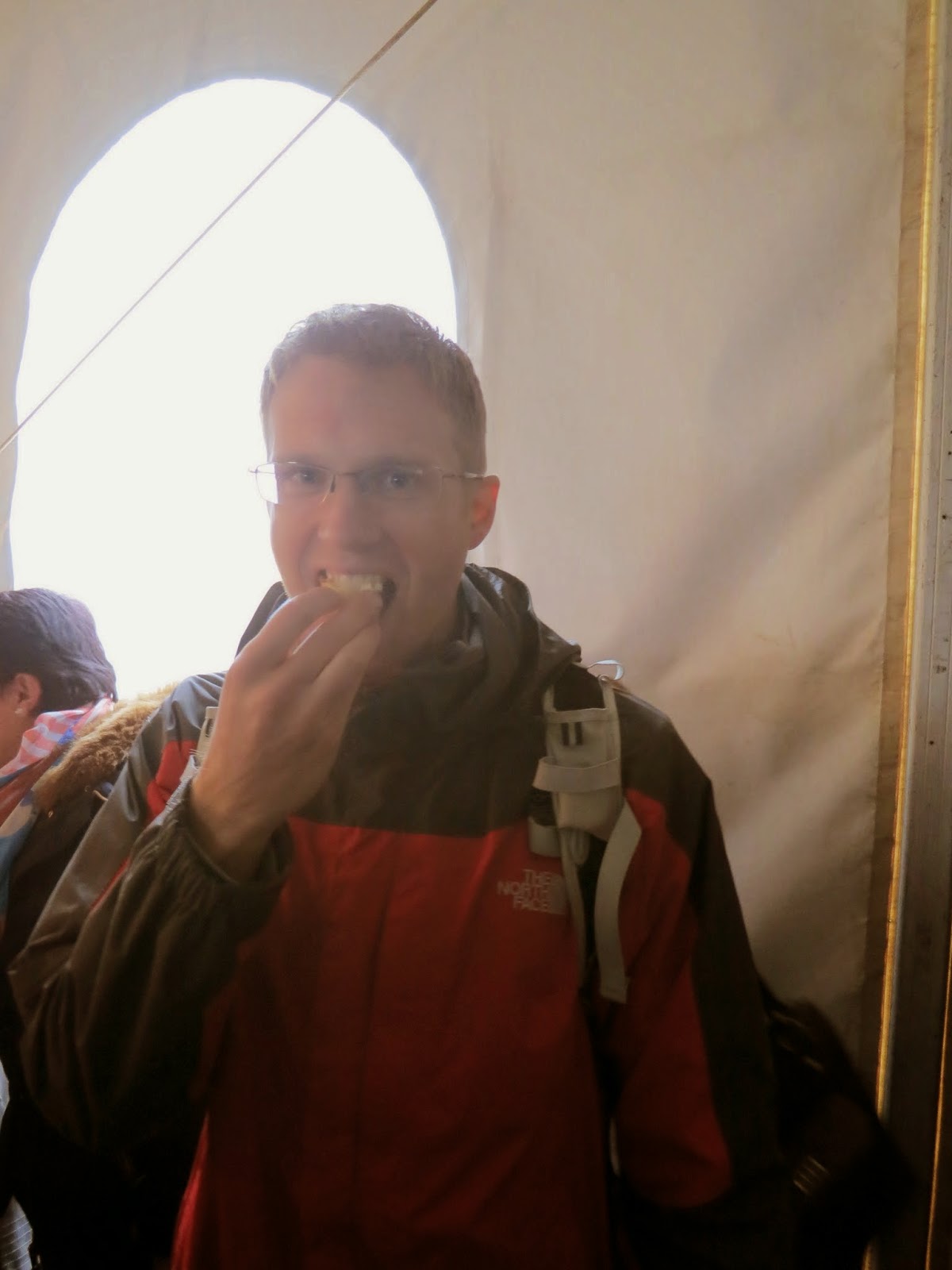 On our way out I stopped at the Information table to enquire about the rest of the activities. At the table tree little girls were sitting. I meekly asked them to give me the information sheet. One of the girls pushed a sheet of paper in my hand and together with the other one then started to explain things to me in very fast Spanish – both of them at the same time! Meanwhile the smallest one in the middle was just standing there staring at me with her mouth open. By the time they finally stopped talking my head was spinning and I did what all the foreigners seem to master very quickly here: smiled politely and nodded in timed intervals. Then the girls asked the question which seemed to be their main interest, where am I from? They had a list of all the regions of Spain which I obviously didn’t fit into. Under the list they wrote with giant letters for everybody to see: HUNGRíA. They were so happy to know that we were foreigners that I told them that my husband is from England. They were chuffed to write INGLATERRA under Hungary’s name. Now it was official: we were the only foreigners there that day. 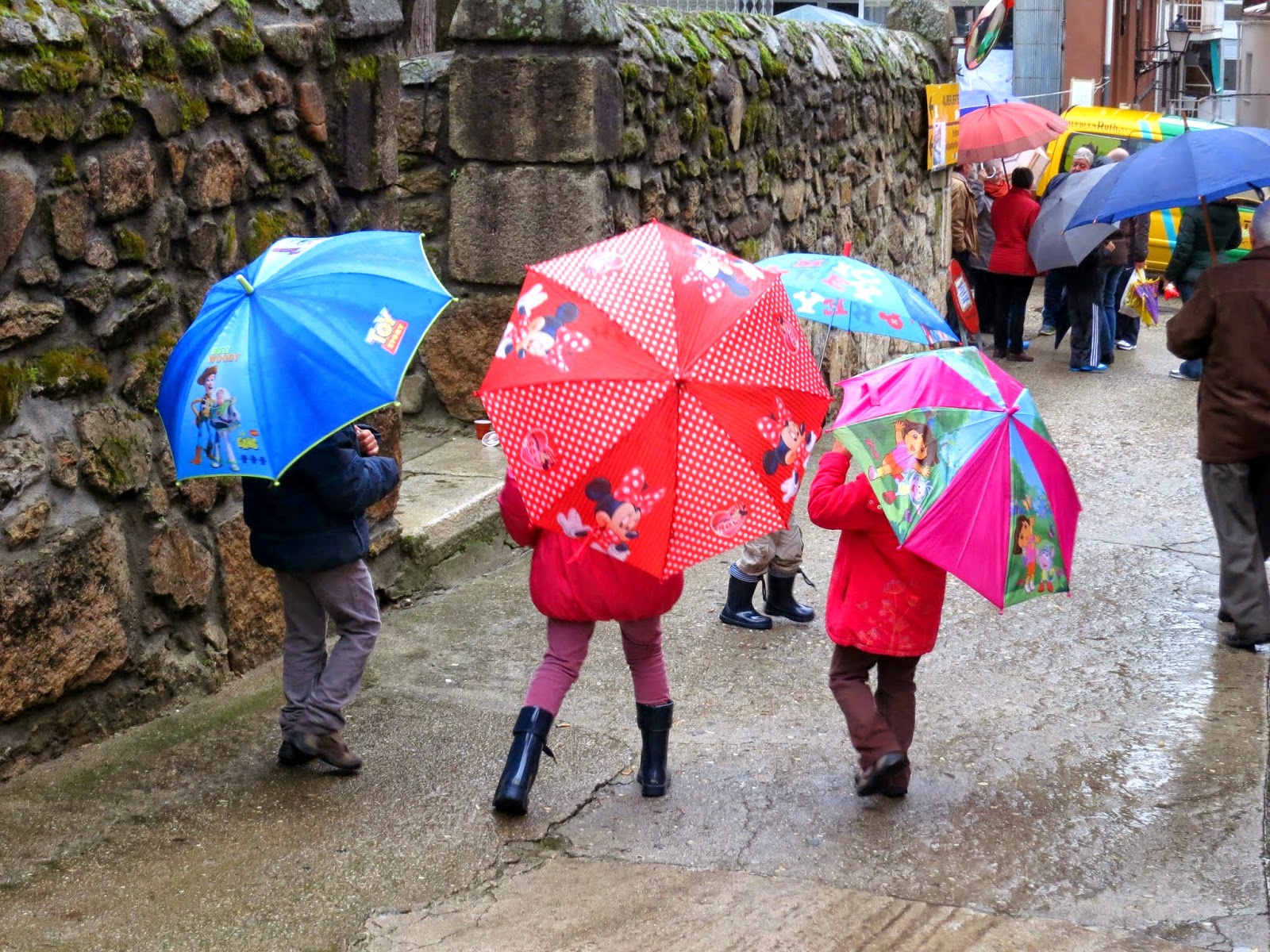