Easter special: how to make sangría

I think the cuisine is Spain is some of the best in the world and even though we´ve been here for a year we can still find a new tapa or an intriguing local speciality that we love. So far I have blogged about how to make paella, tortilla, salmorejo and tinto de verano . Now it´s time to show you how to make sangría in a real Spanish style!

This drink is actually very curious as even though it´s one of the signature drinks of Spain (and Portugal) the Spaniards themselves don´t seem to drink it that much. It´s more of a tourist type of drink. Personally I don´t really mind as long as it tastes nice, cool and refreshing and has alcohol in it. All I needed was an occasion to make it and it finally arrived when Paul’s family came over to visit us during the Easter holiday. Armed with my instructions I got down to making my very first sangría.

1.     Collect and measure out all the ingredients. 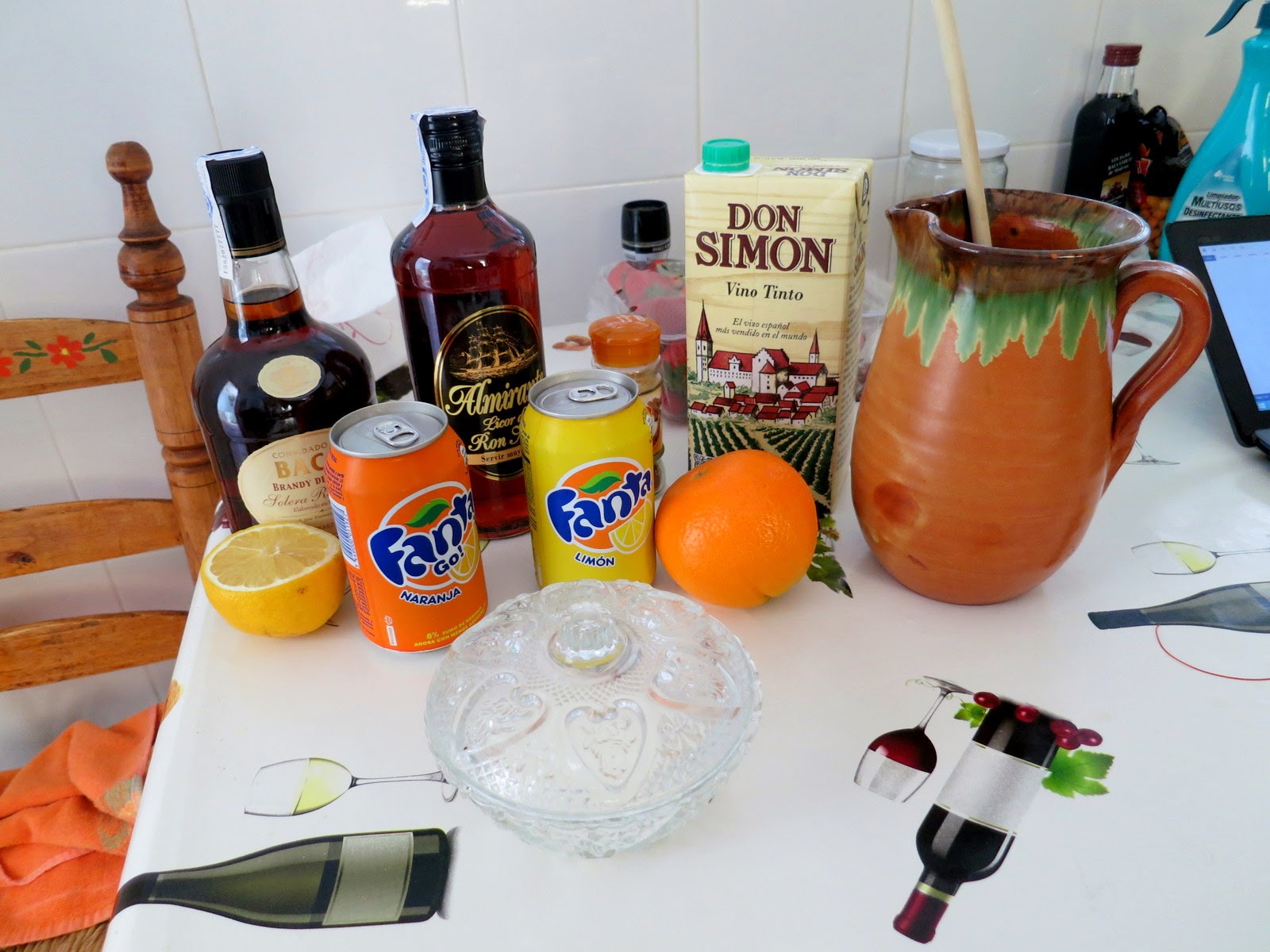 2.     Pour the wine, the Fanta and the shots into a jar. Luckily in the villa we stayed in there  was a sangria jar waiting to be used. Seems like it was all meant to happen! 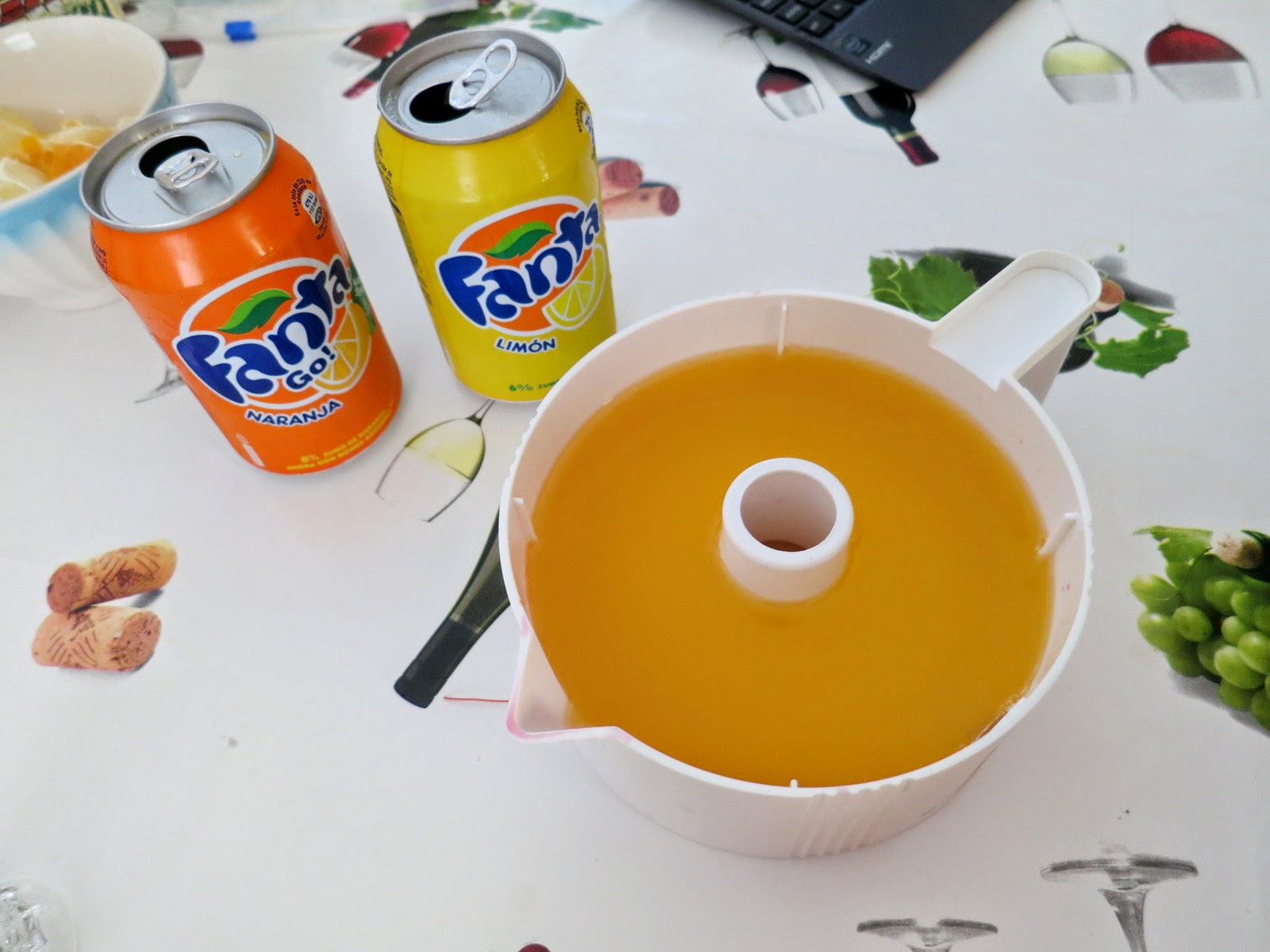 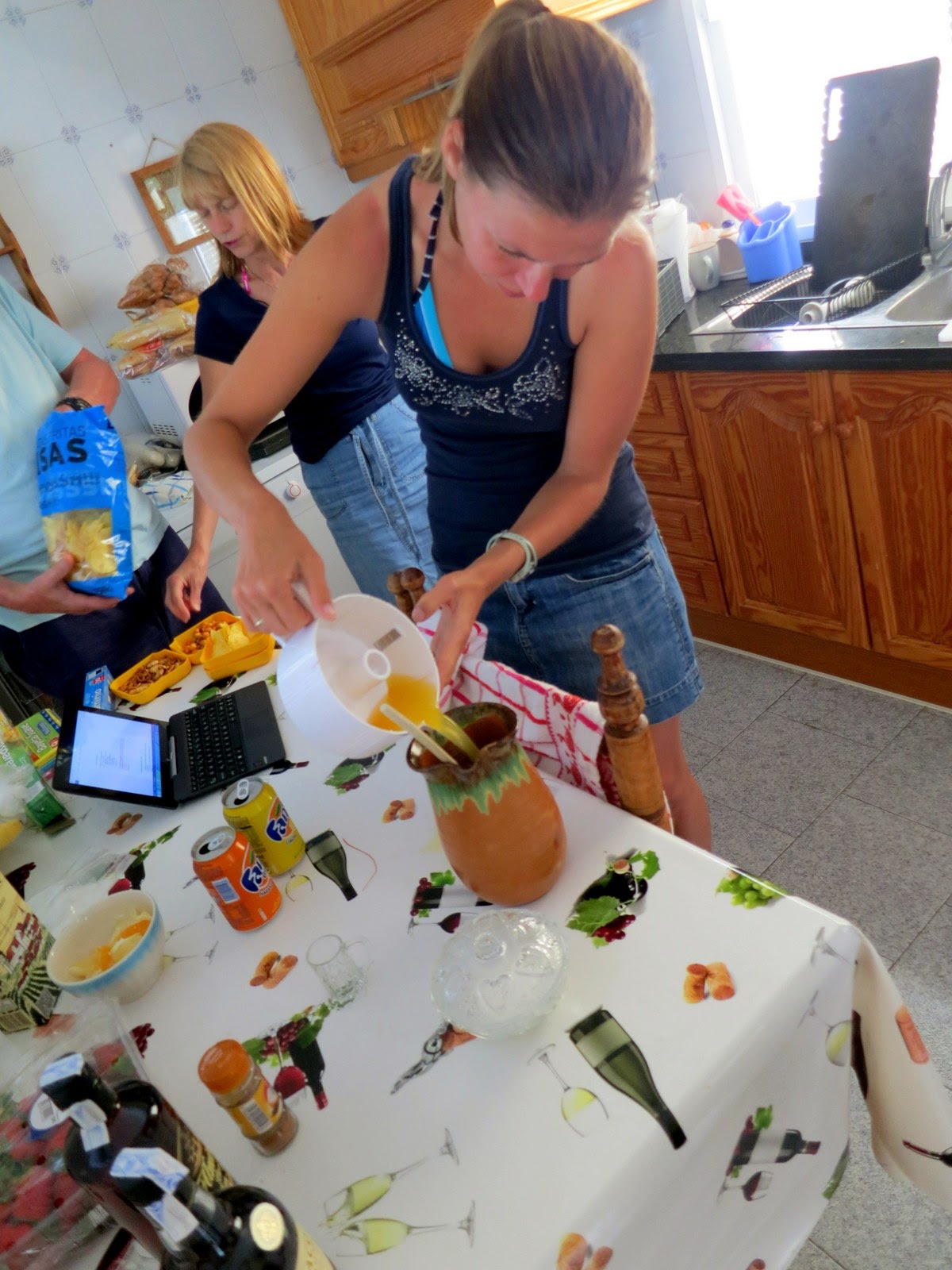 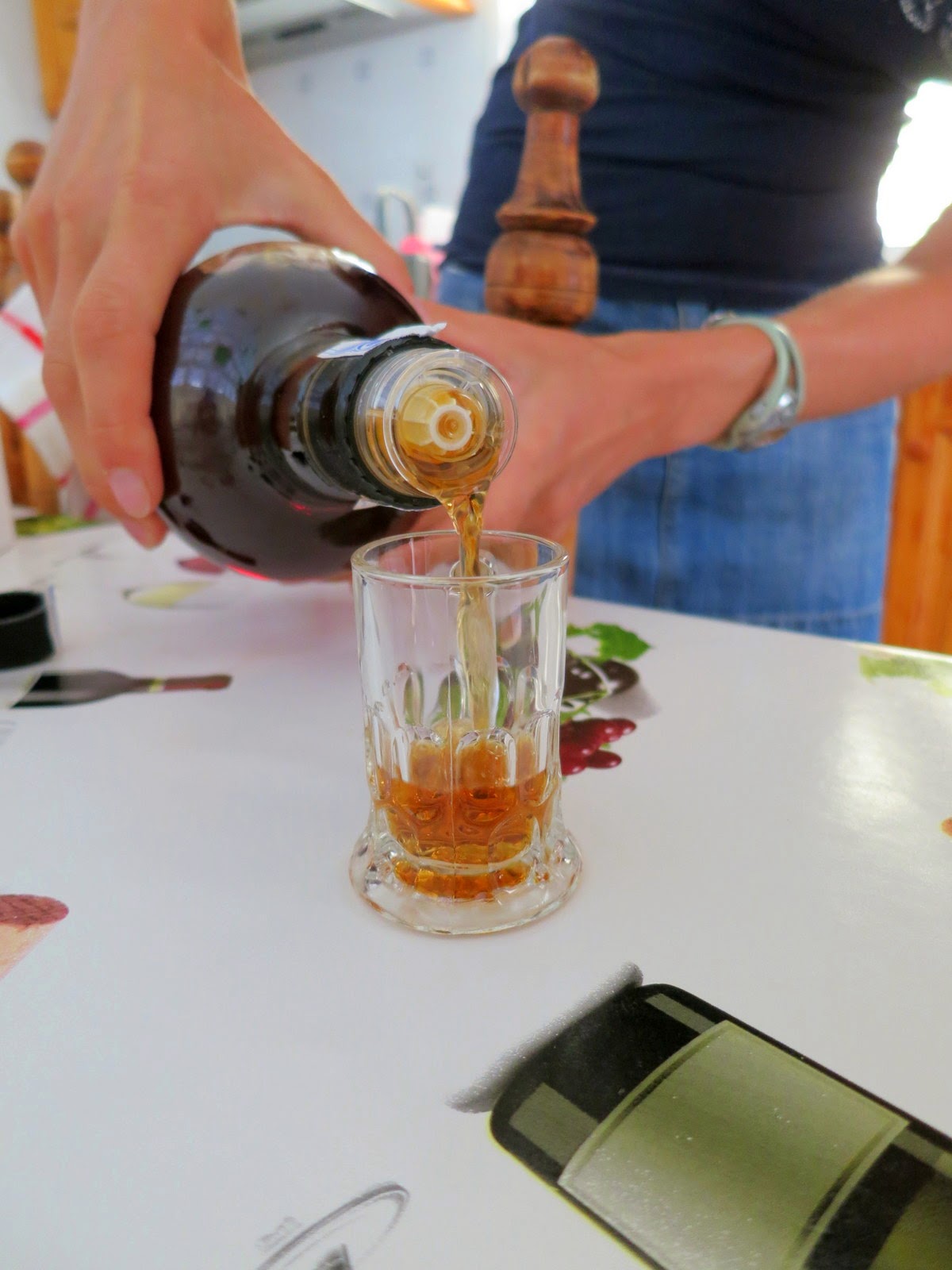 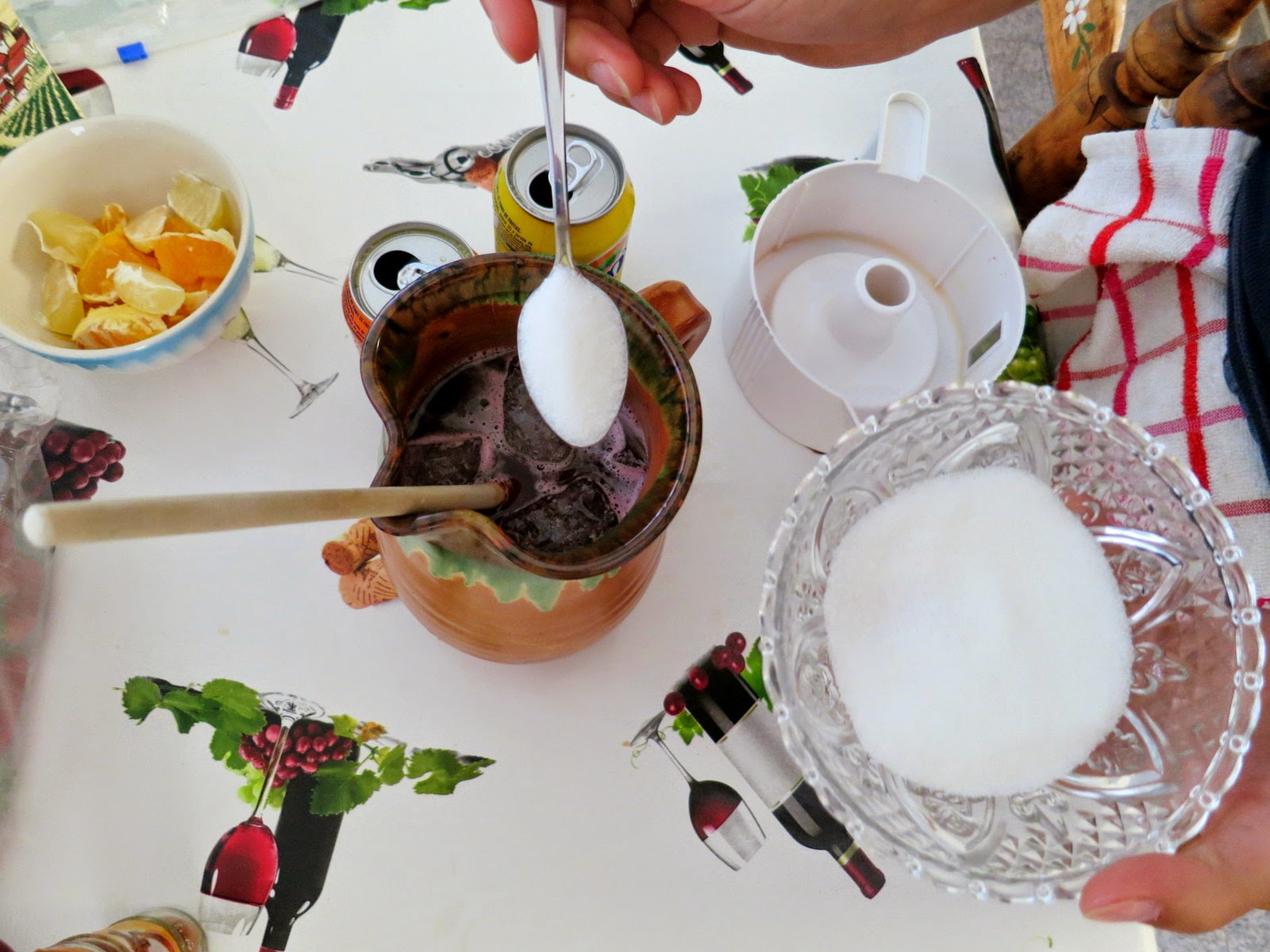 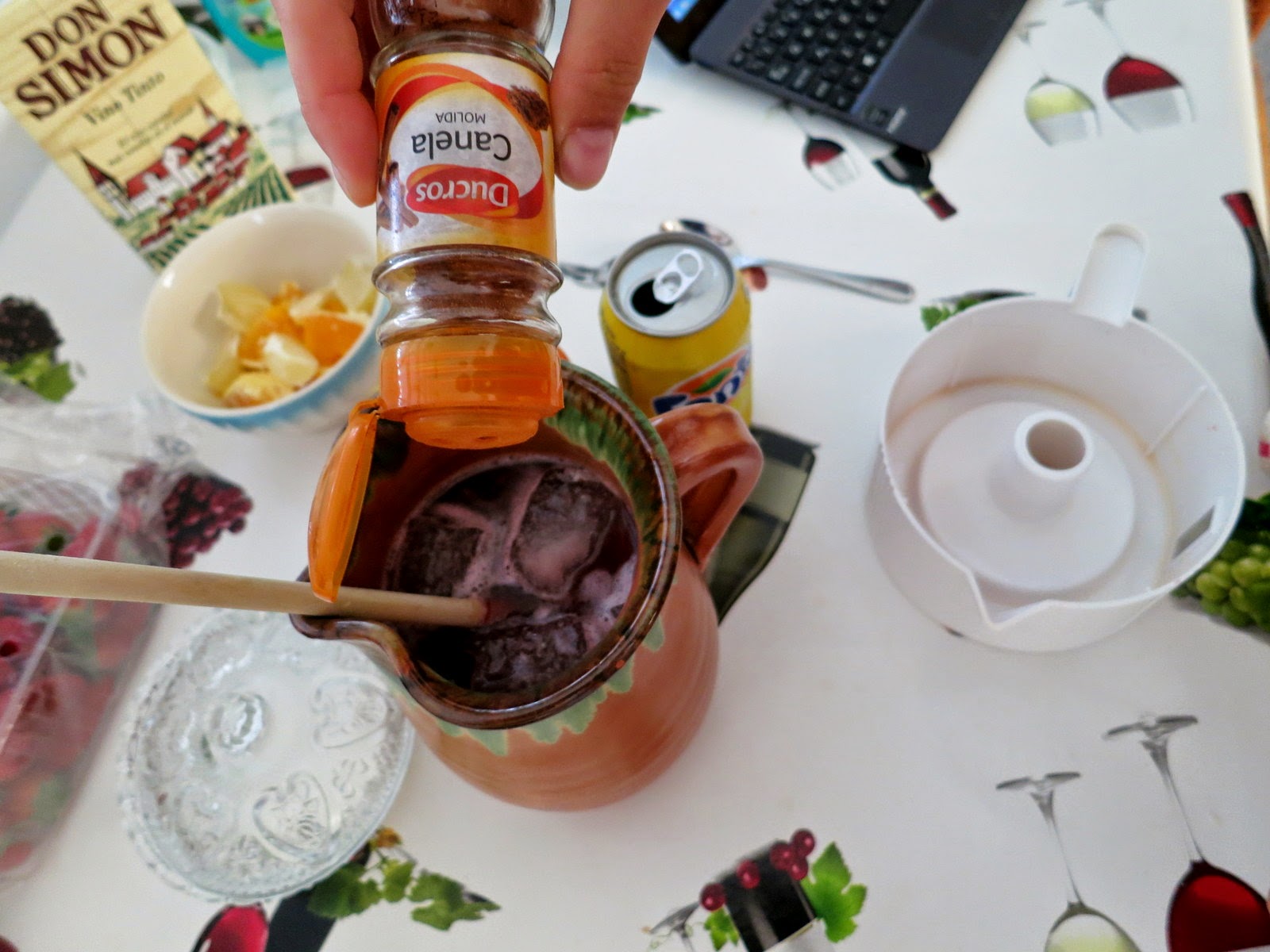 4.     Mash up the cut-up fruit in a bowl to squeeze out the juice, then add it all to the mixture. 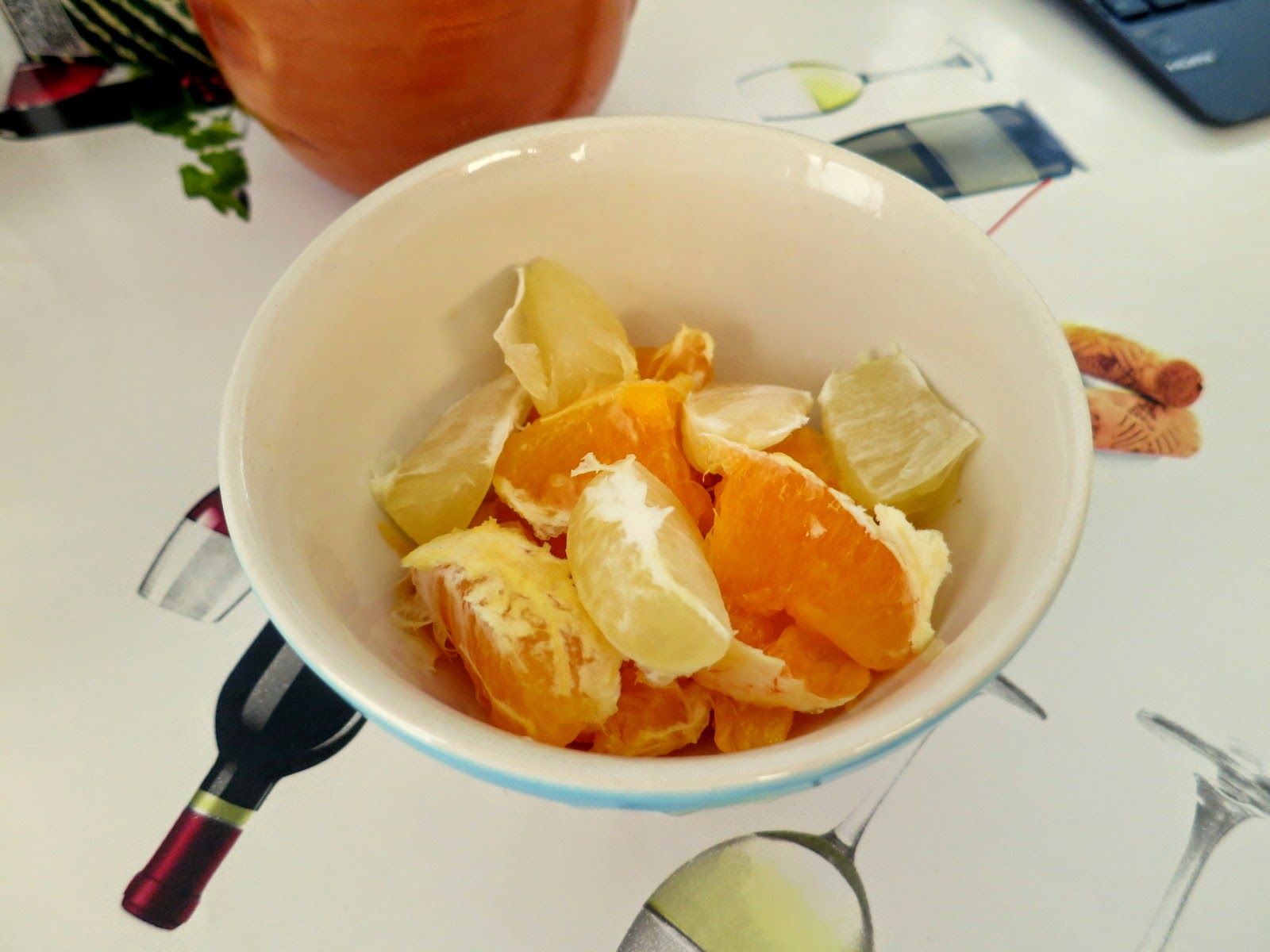 5.     The typical way to mix the drink is by using a wooden spoon. This is to hold back the      fruit and the ice when you pour it out. 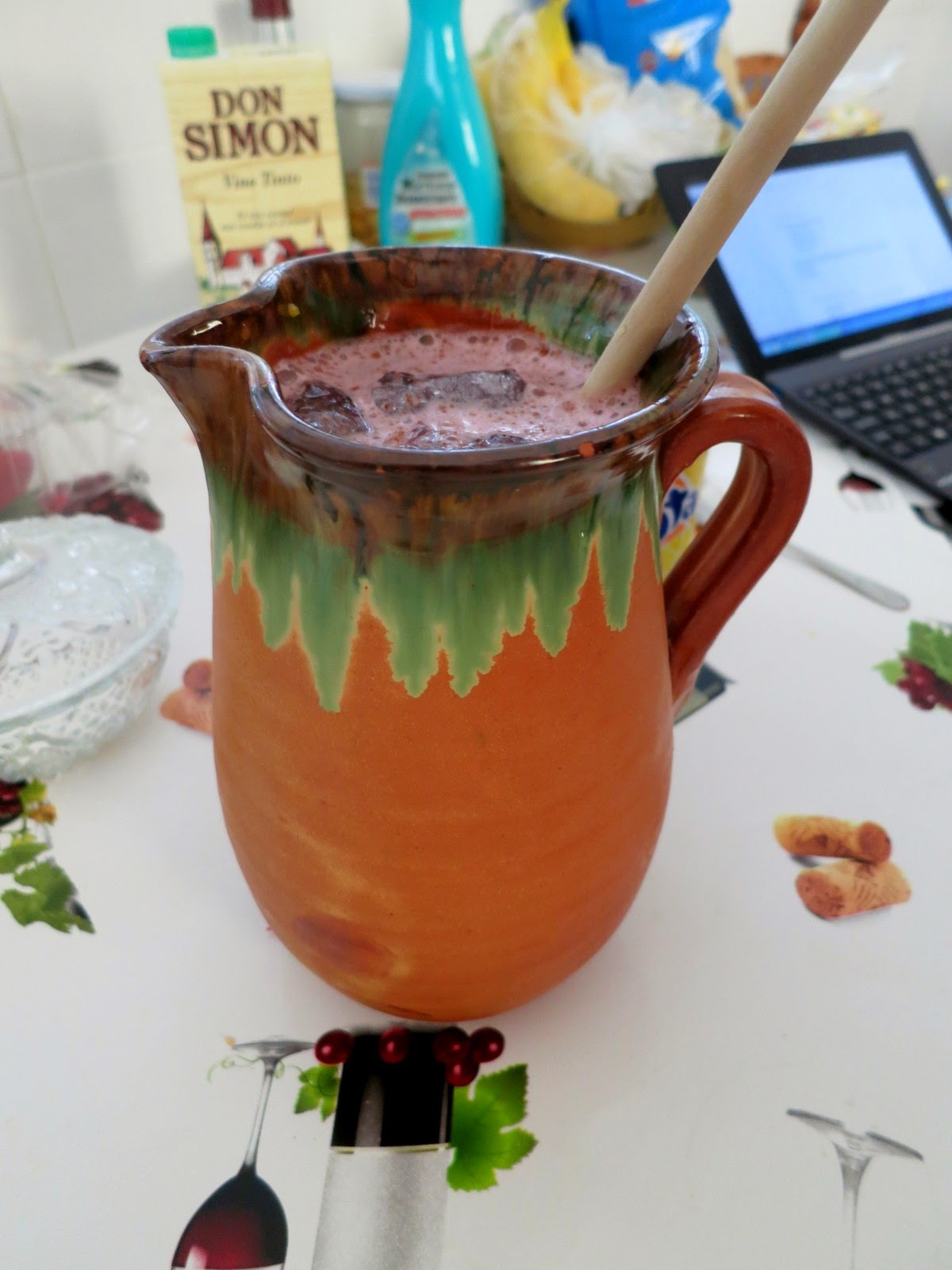 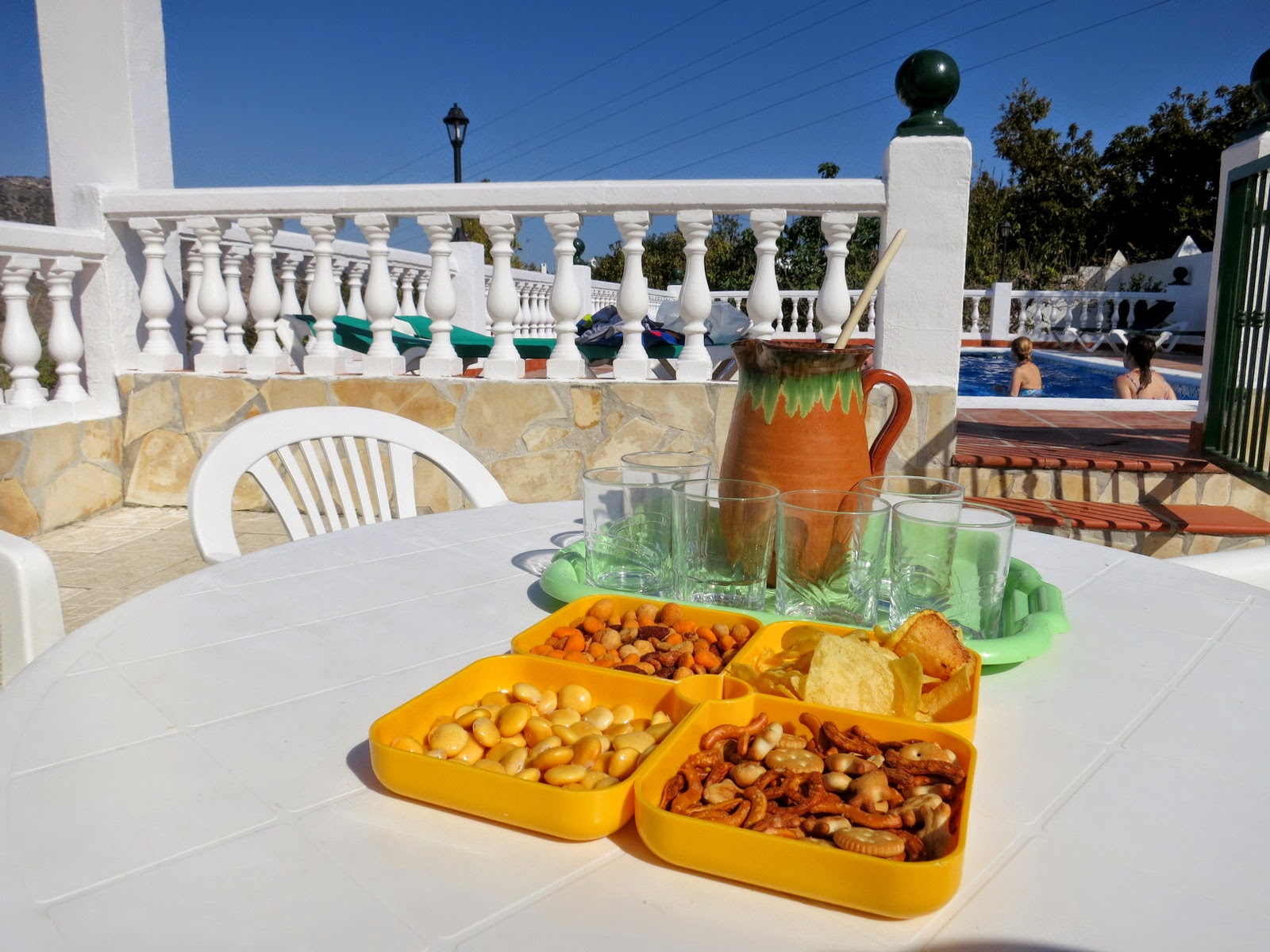 After my first attempt I listened to all the complaints and suggestions from my ‘guinea pigs’ and I perfected it for the second round. The main suggestion that everybody mentioned was:
‘USE MORE ALCOHOL!’.

The other small detail that might come in handy is the addition of the ice cubes. During the first round we started with putting the ice cubes in the jug before everything else. It has the advantage of cooling the drink straight away however the ingredients won’t blend so easily. During the second round I didn’t put any in the jar but served the glasses with ice inside them. The disadvantage of this method was that we had to wait a few minutes until the drink cooled down in the glass. The advantages however were more important, the sugar and the cinnamon blended better with the liquid AND I could fit more drink in the jug! 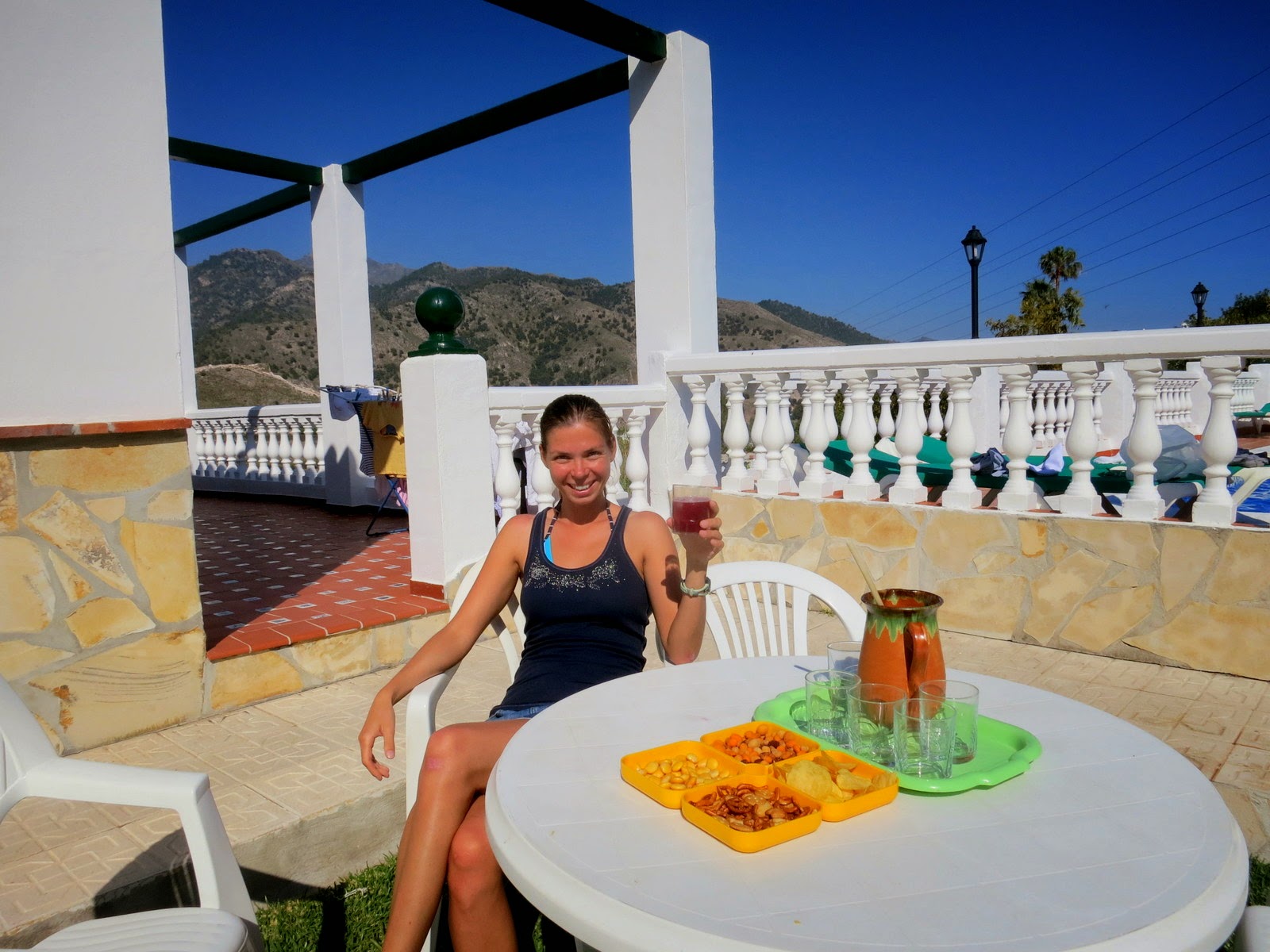