We came across this interesting looking building during one of our wanderings in the center of Granada. I wrote down the name and vowed to myself that one day I will go inside to see it. A few weeks later the moment arrived and after paying the 2 euro entry we were given a short tour inside.

The Madraza Palace was founded by a Muslim monarch in the middle of the 14th century and originally served as a university. Here the students could learn subjects such as theology, law, philosophy or rhetoric. Nowadays it belongs to the University of Granada.

The façade of the building that caught my attention is the result of later decoration, after the Reconquista in 1513. The Catholic Kings liked the style of mujedar (mix of Arabic and Christian motives) and this building is one of the nicest examples of that. From the outside it looks like the walls are covered with perfectly cut elegant marble blocks however when you have a closer look you will see that it’s all painted on! This was a way of saving money. I don’t remember ever seeing anything like that before. 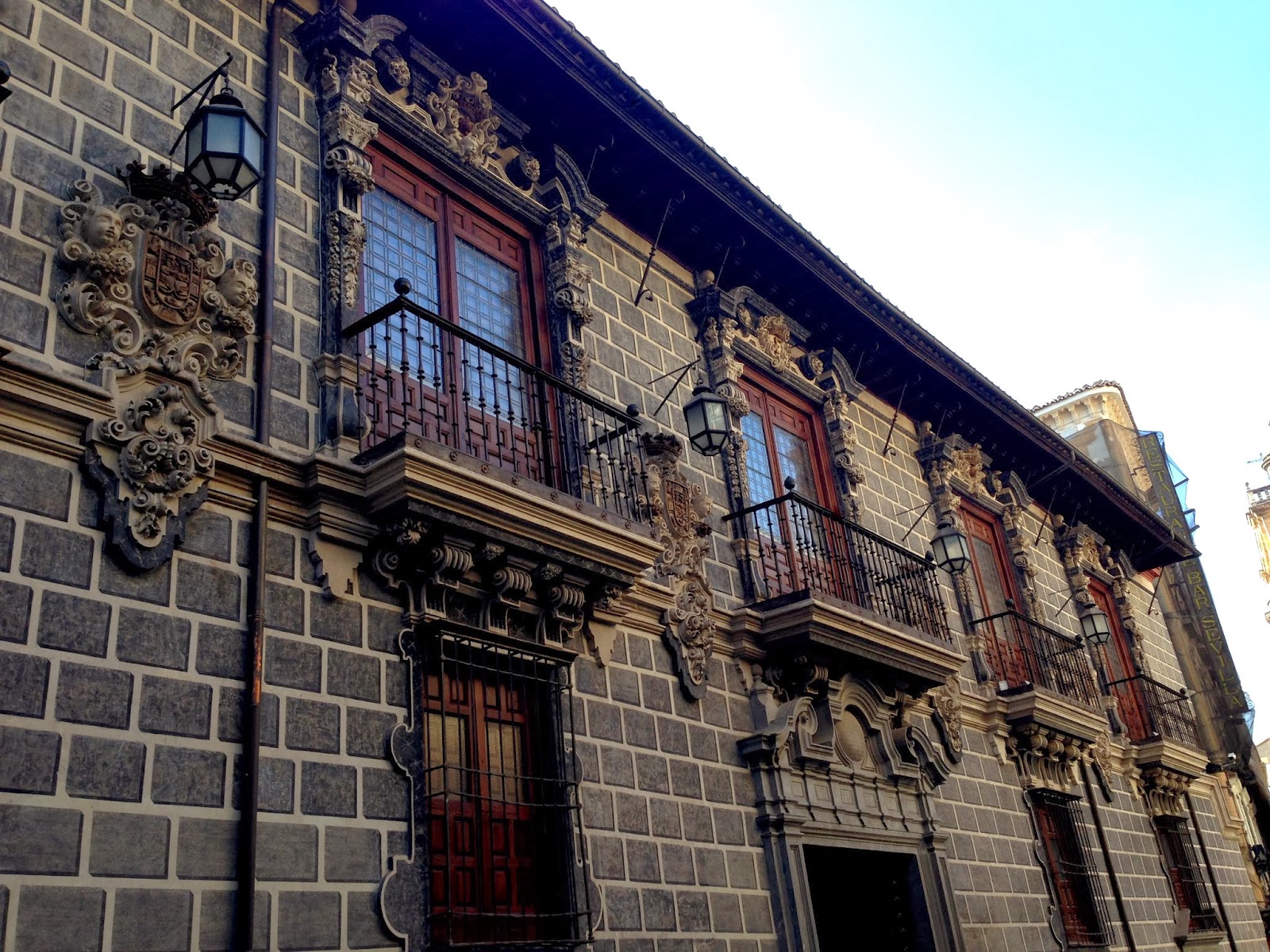 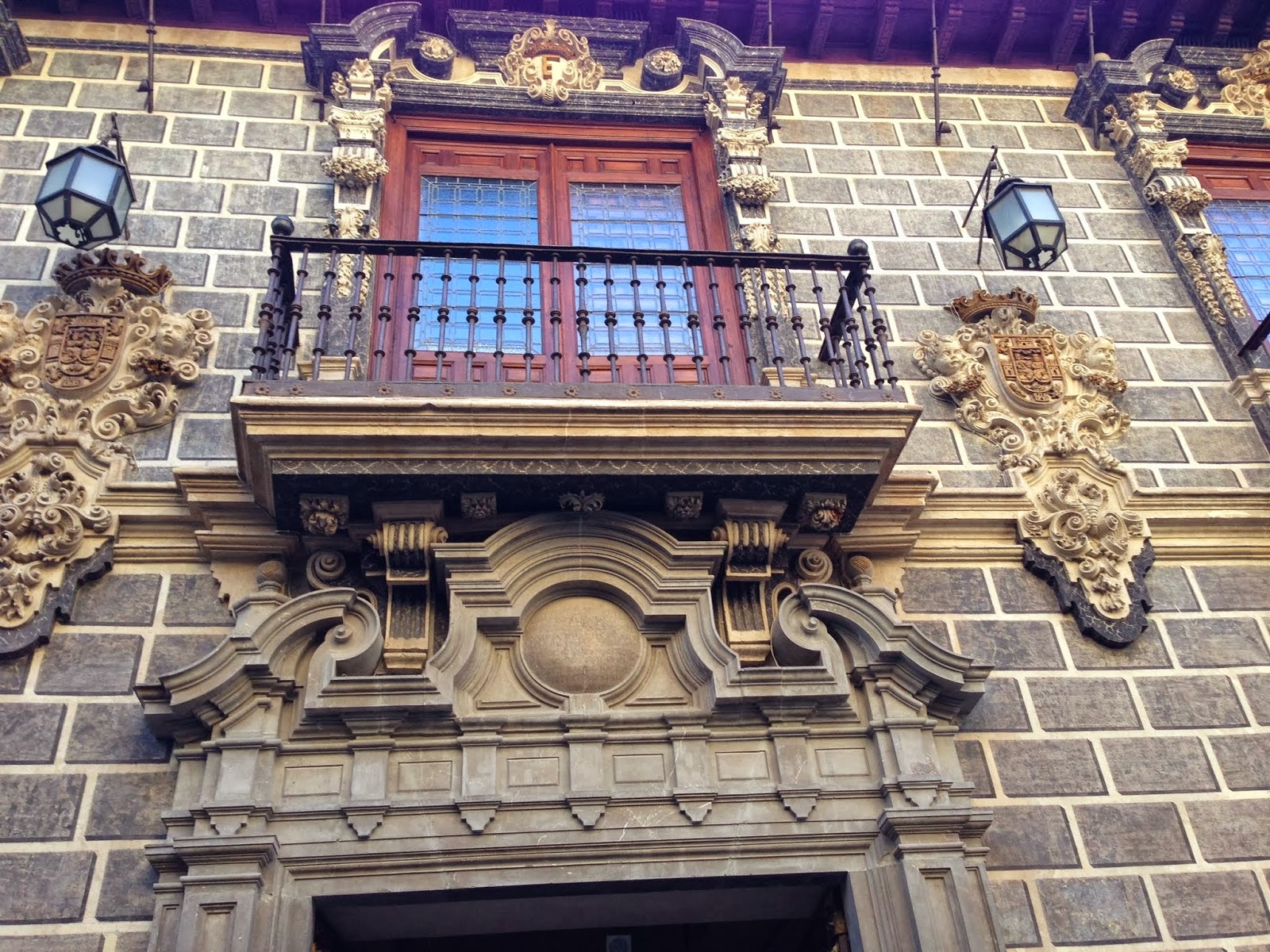 As we step in we can see a square that used to be a pool in the main hall. The whole building was built around that and even though later the Christians filled it up it is still the center of the house. 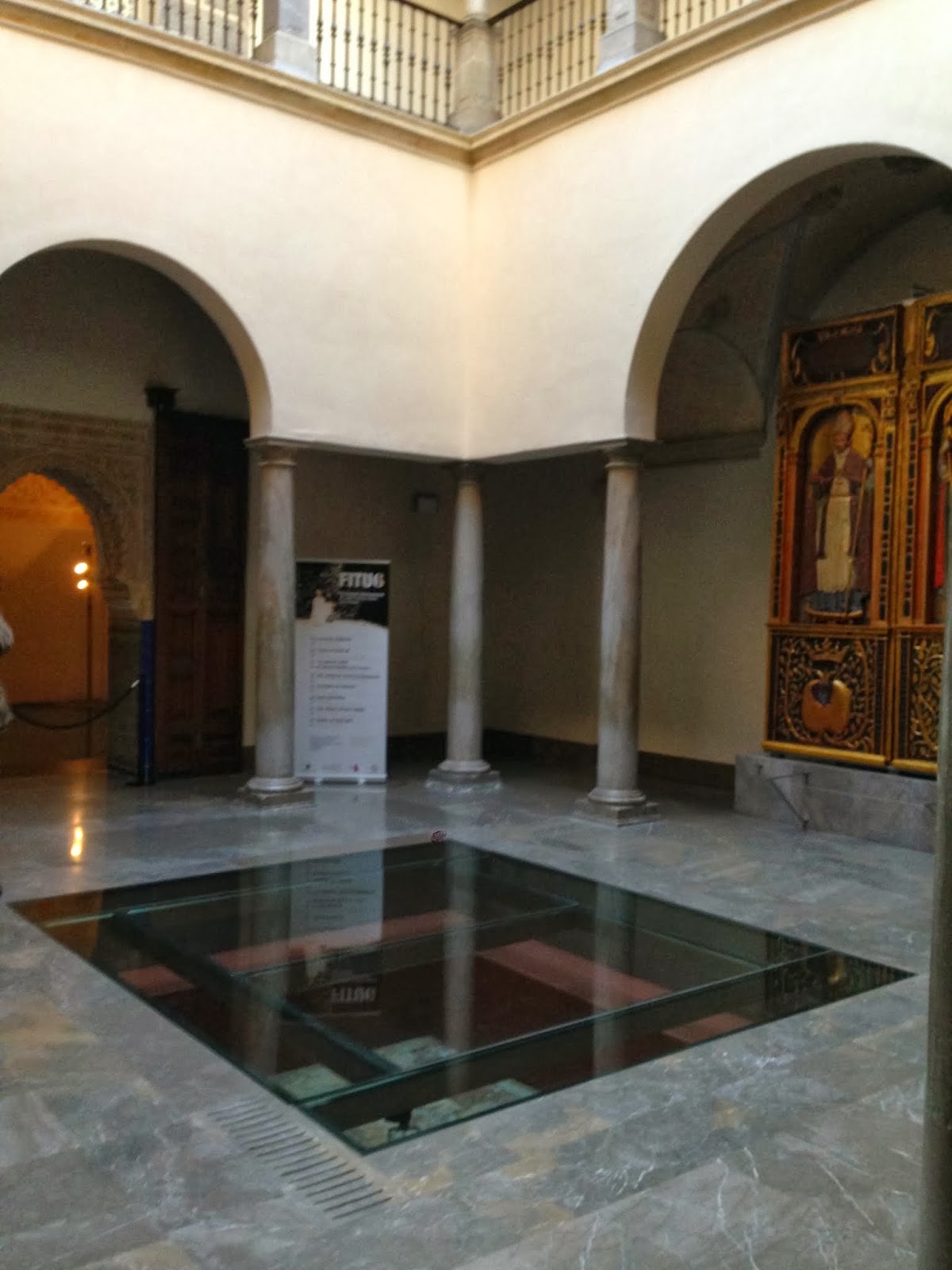 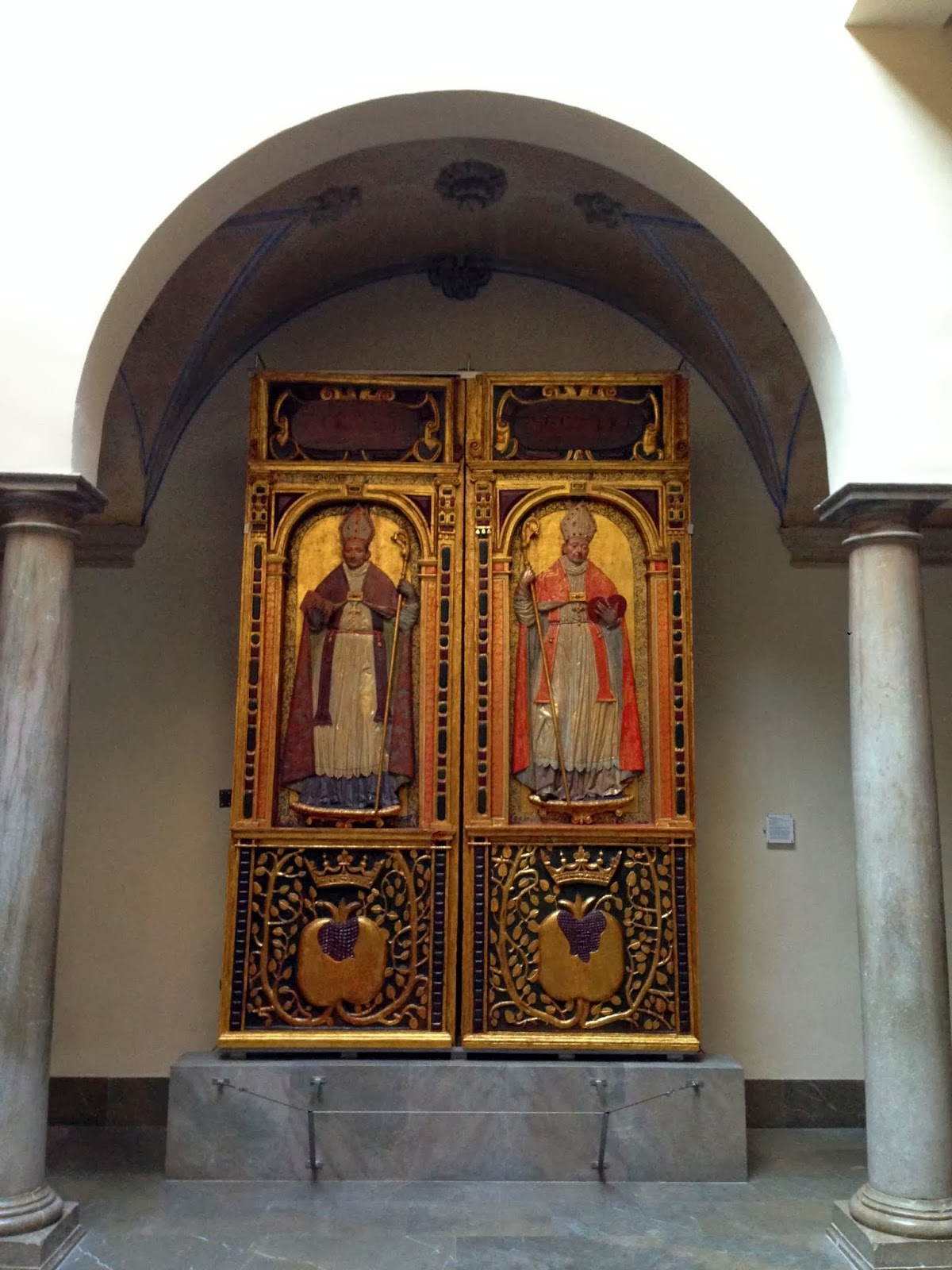 The mihrab or oratory is just as impressively decorated as any of the Alhambra’s rooms. As it was completely restored we could finally see the colours as well, which are missing in Granada’s most popular monument. We only had a few minutes to admire it. Even though by then we had visited the Mesquita de Córdoba and seen the Alhambra inside and out many times this much beauty still took our breath away. 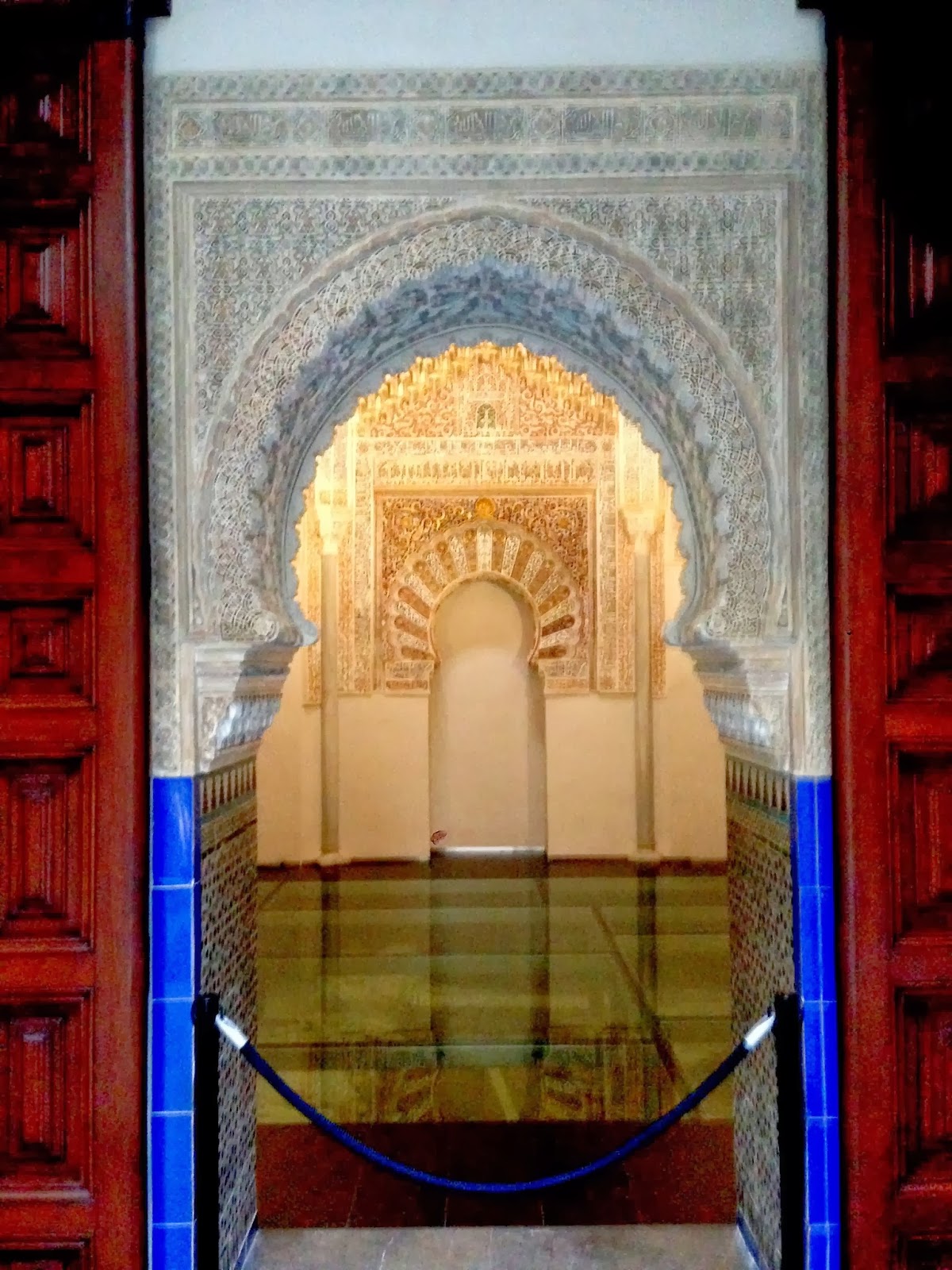 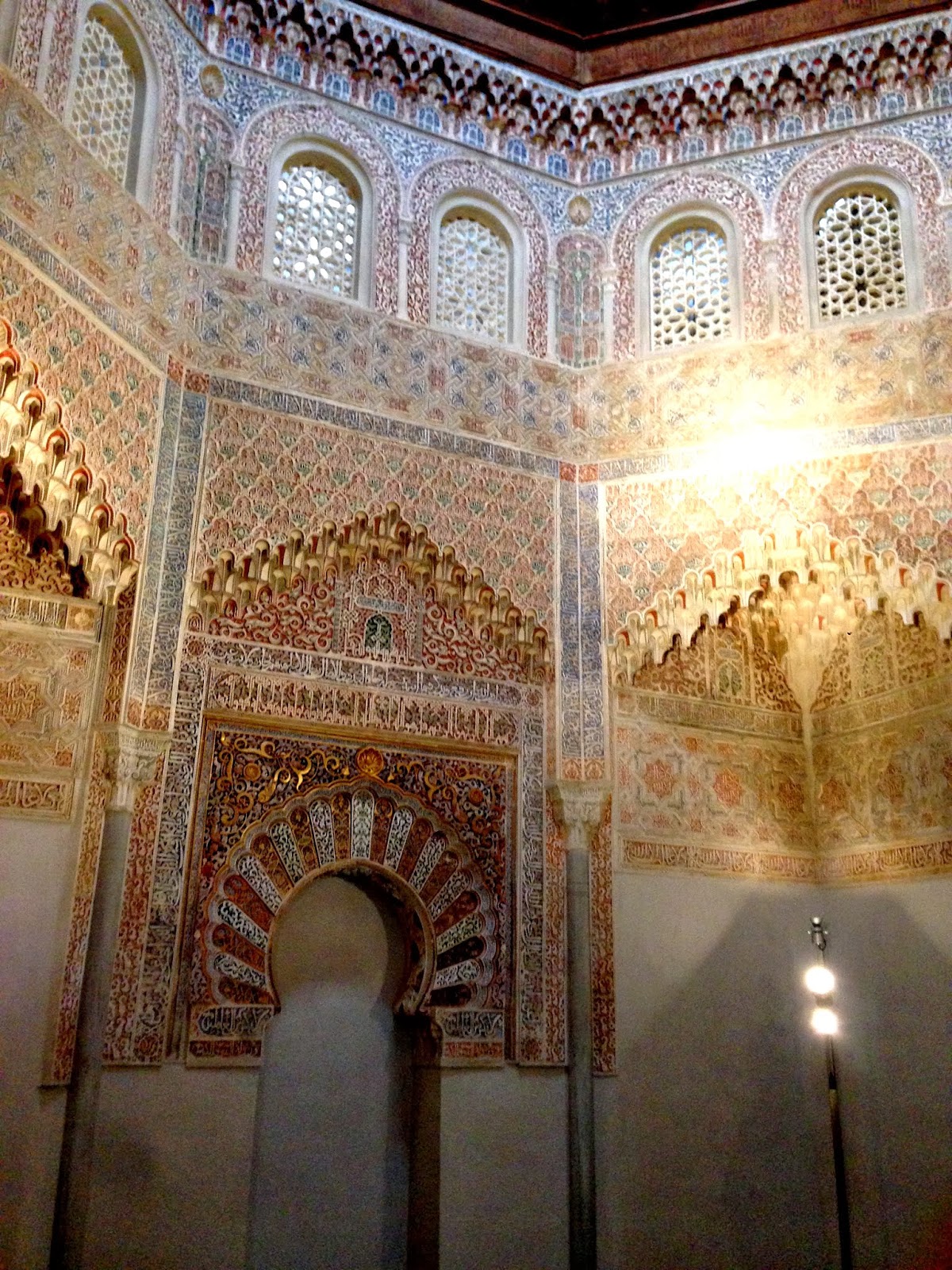 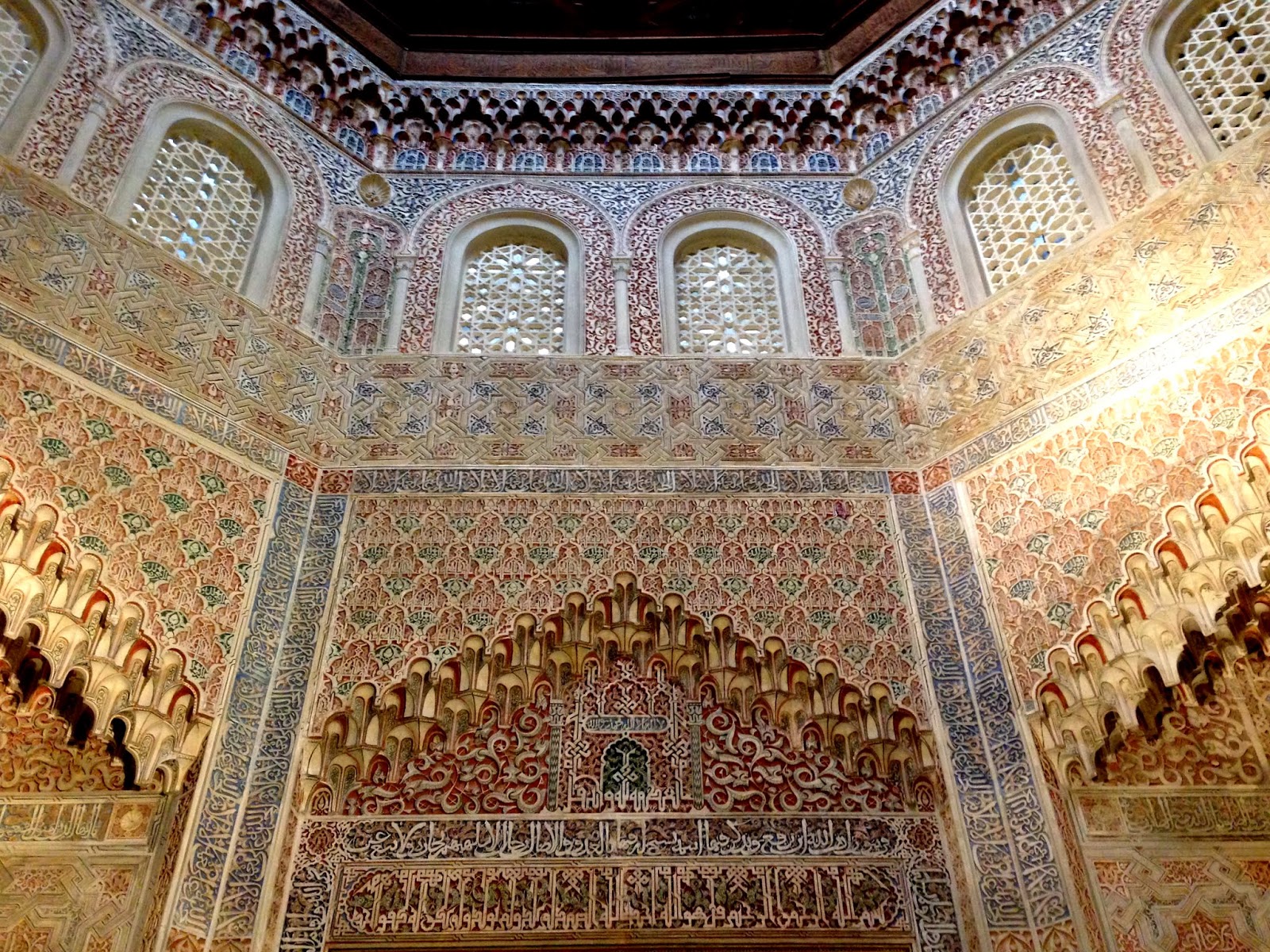 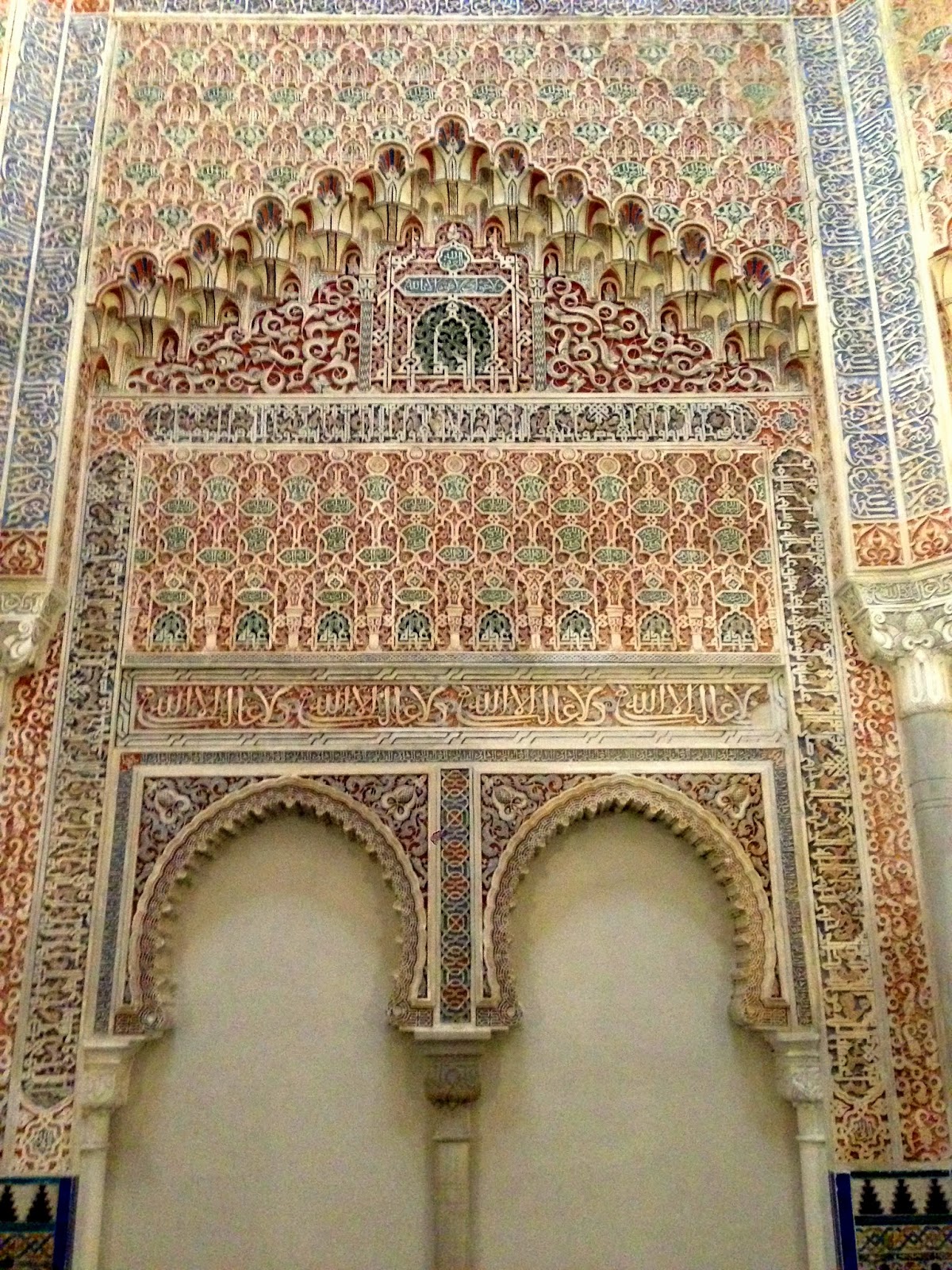 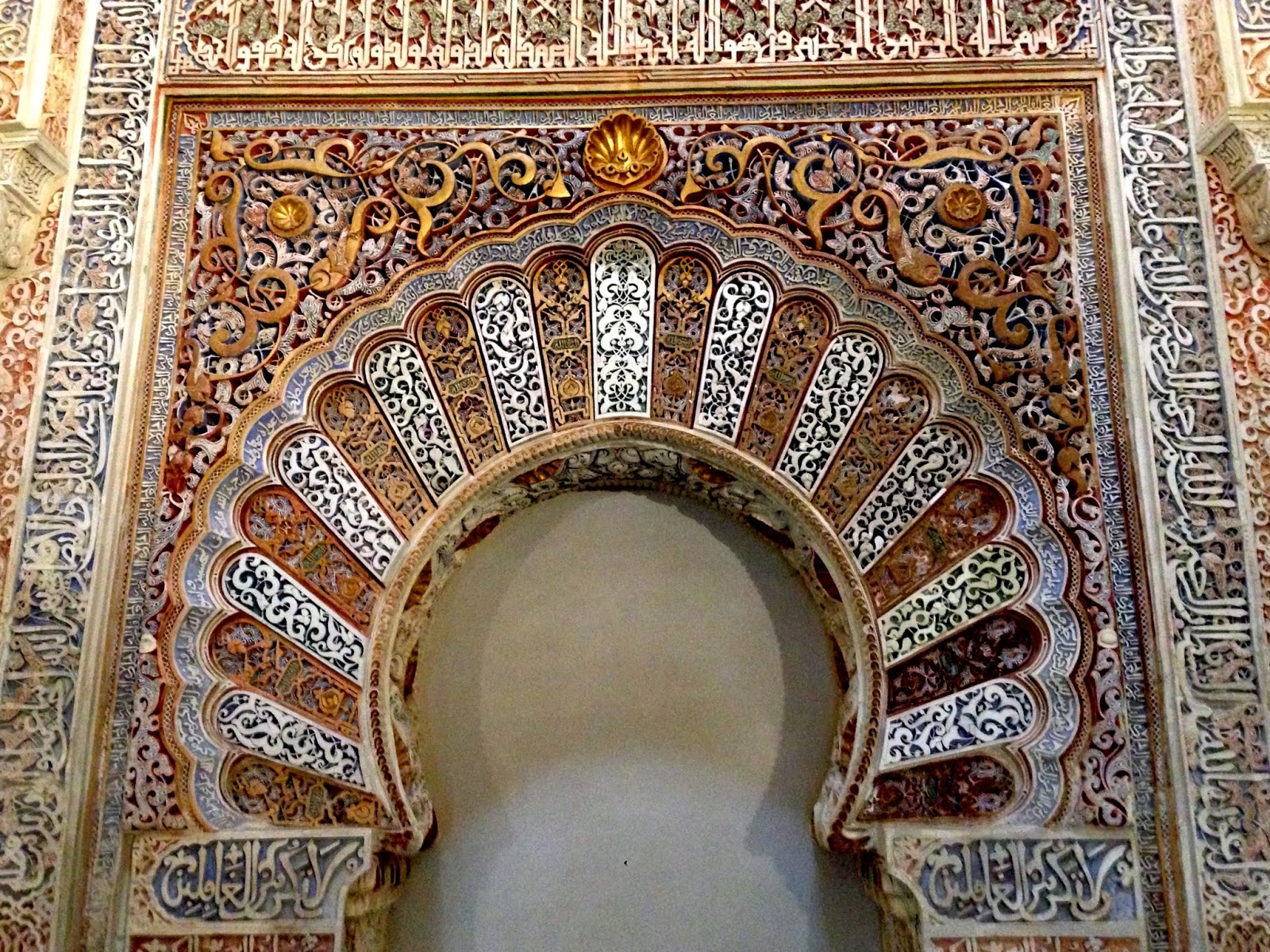 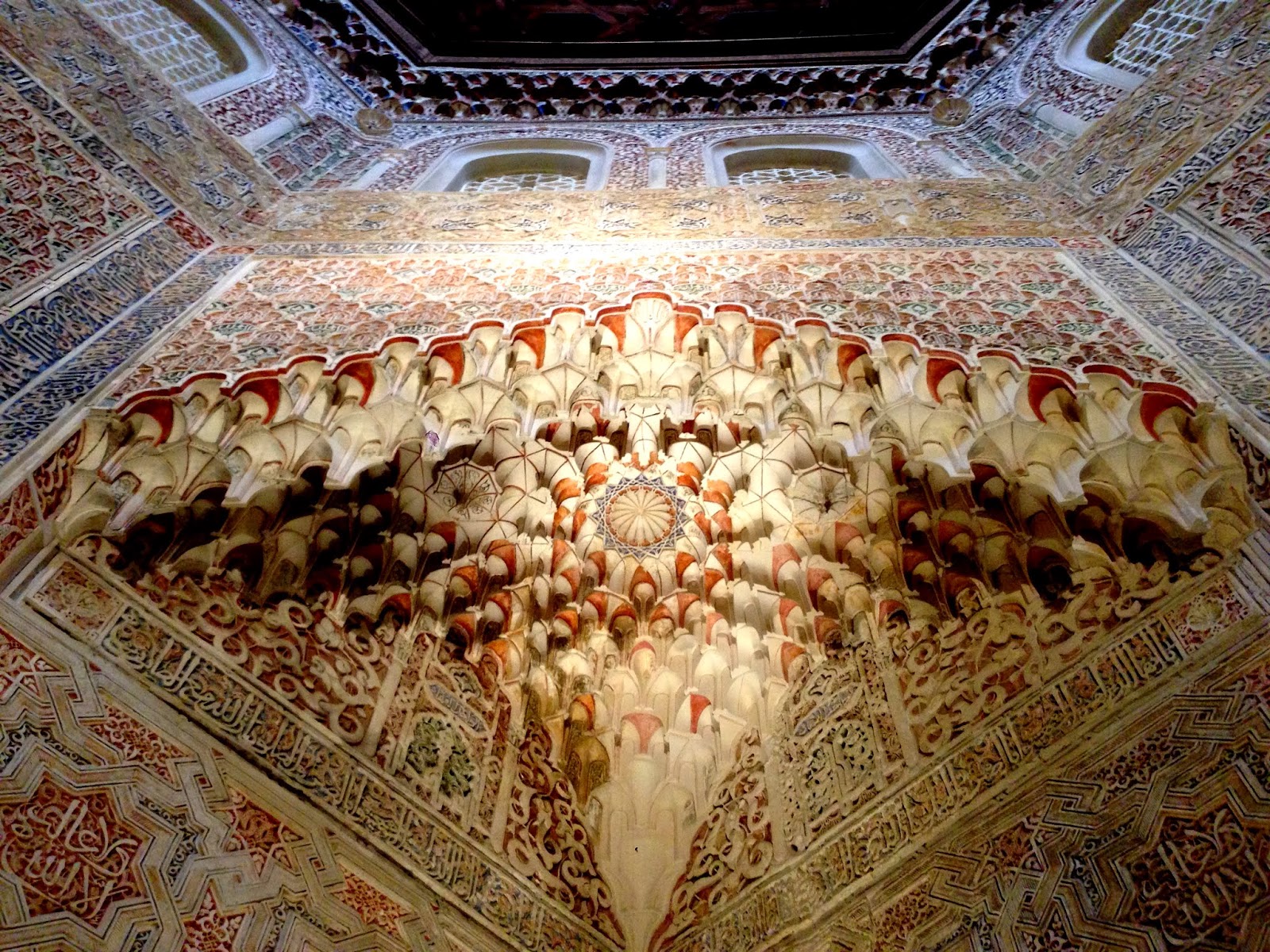 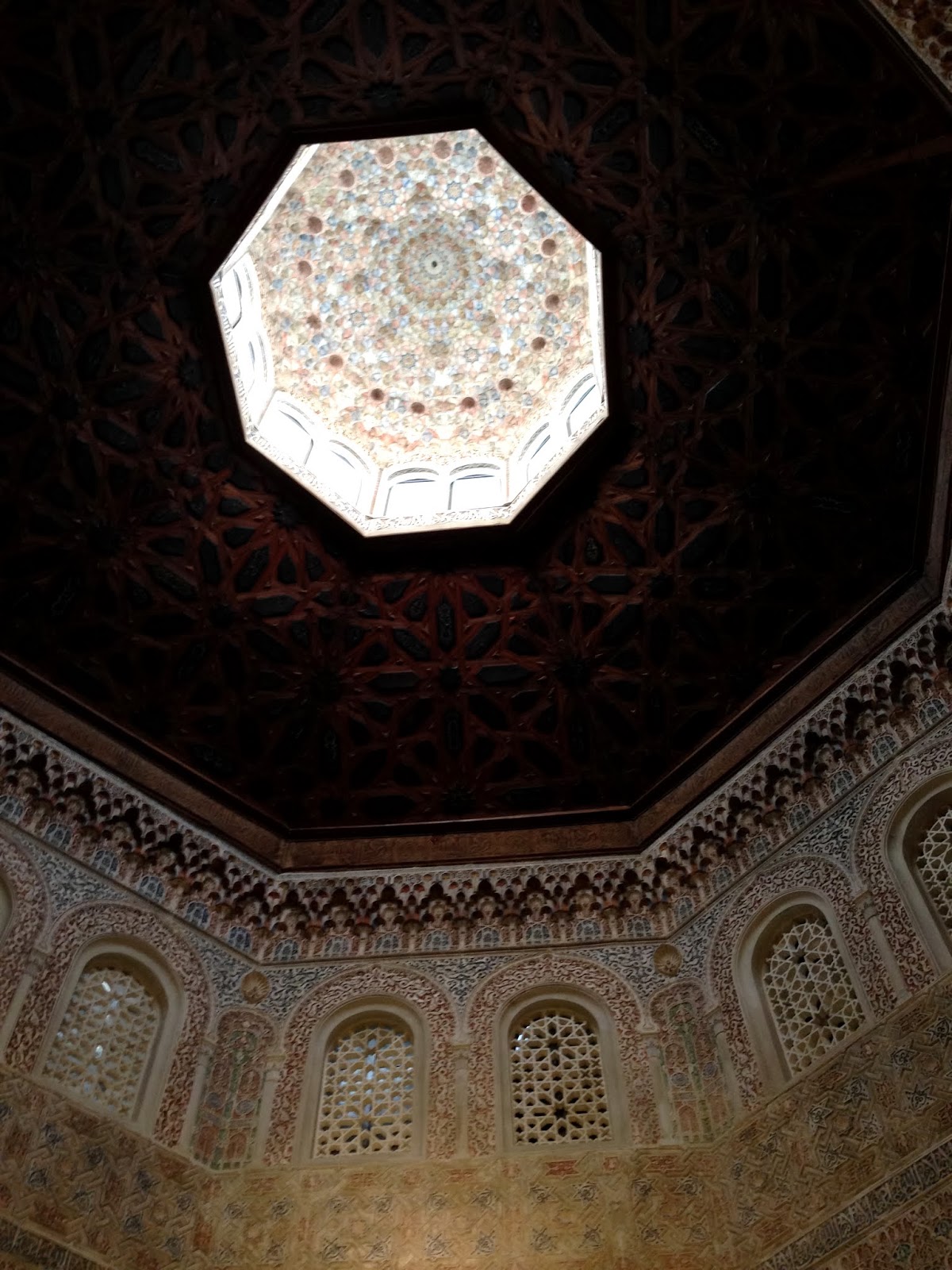 We were taken up the stairs. This was the wall and the ceiling of the landing. 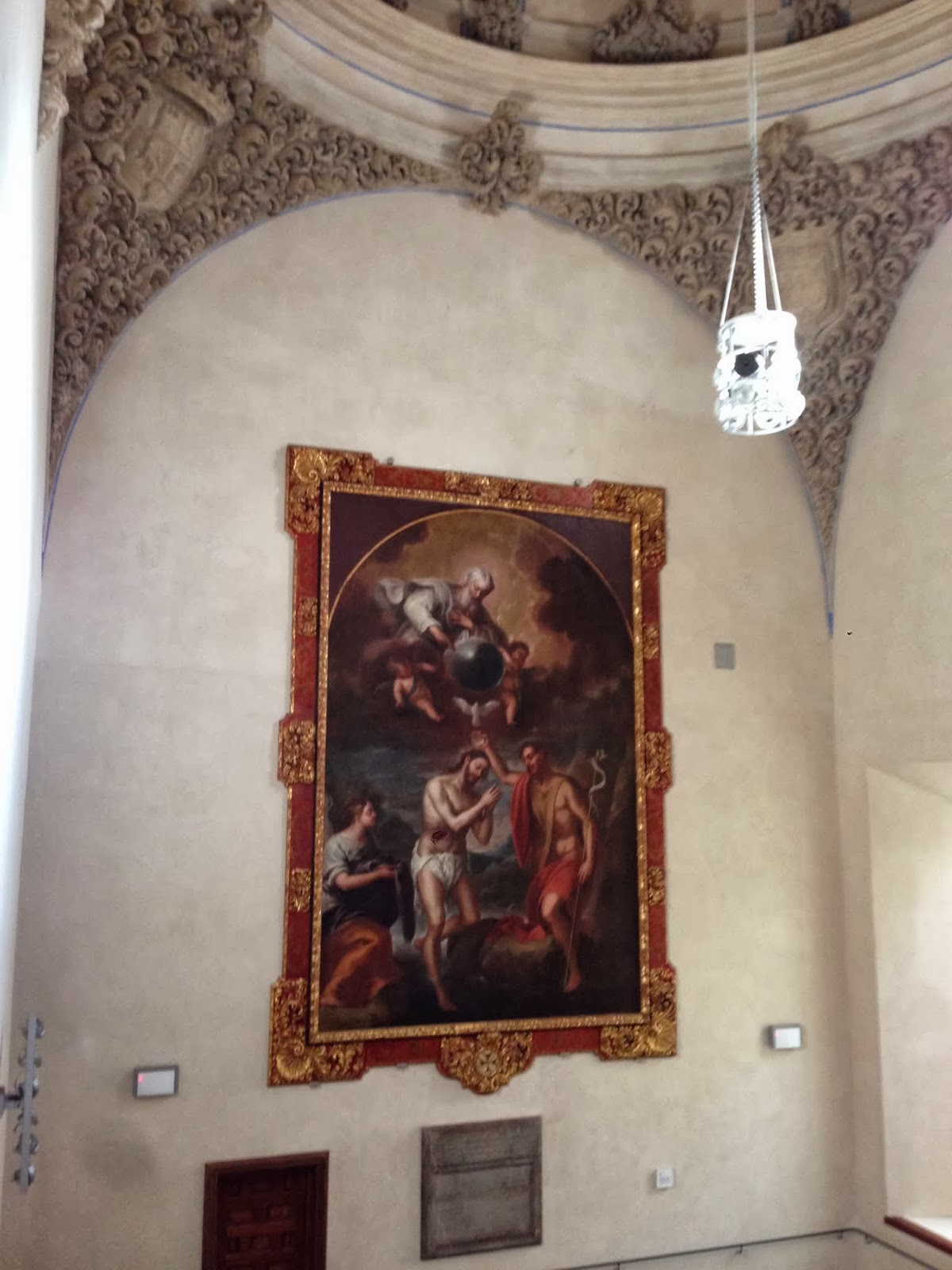 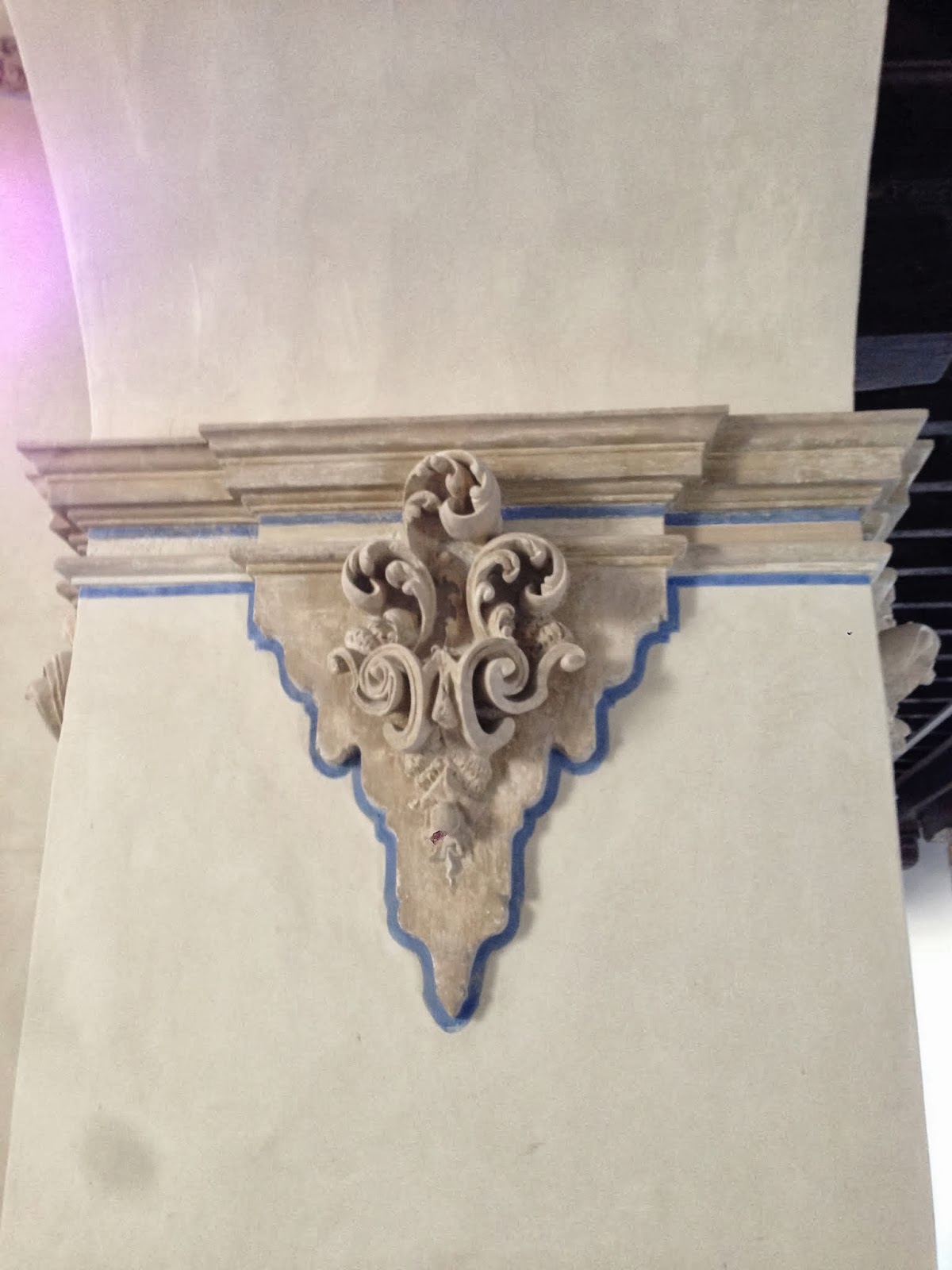 When we got up to the first floor we could look down on the pool from the platform that ran around the now-covered courtyard. Our guide pointed out a set of painted windows on the walls. She said that during the day when the sun is in a certain position they truly look like they are real. 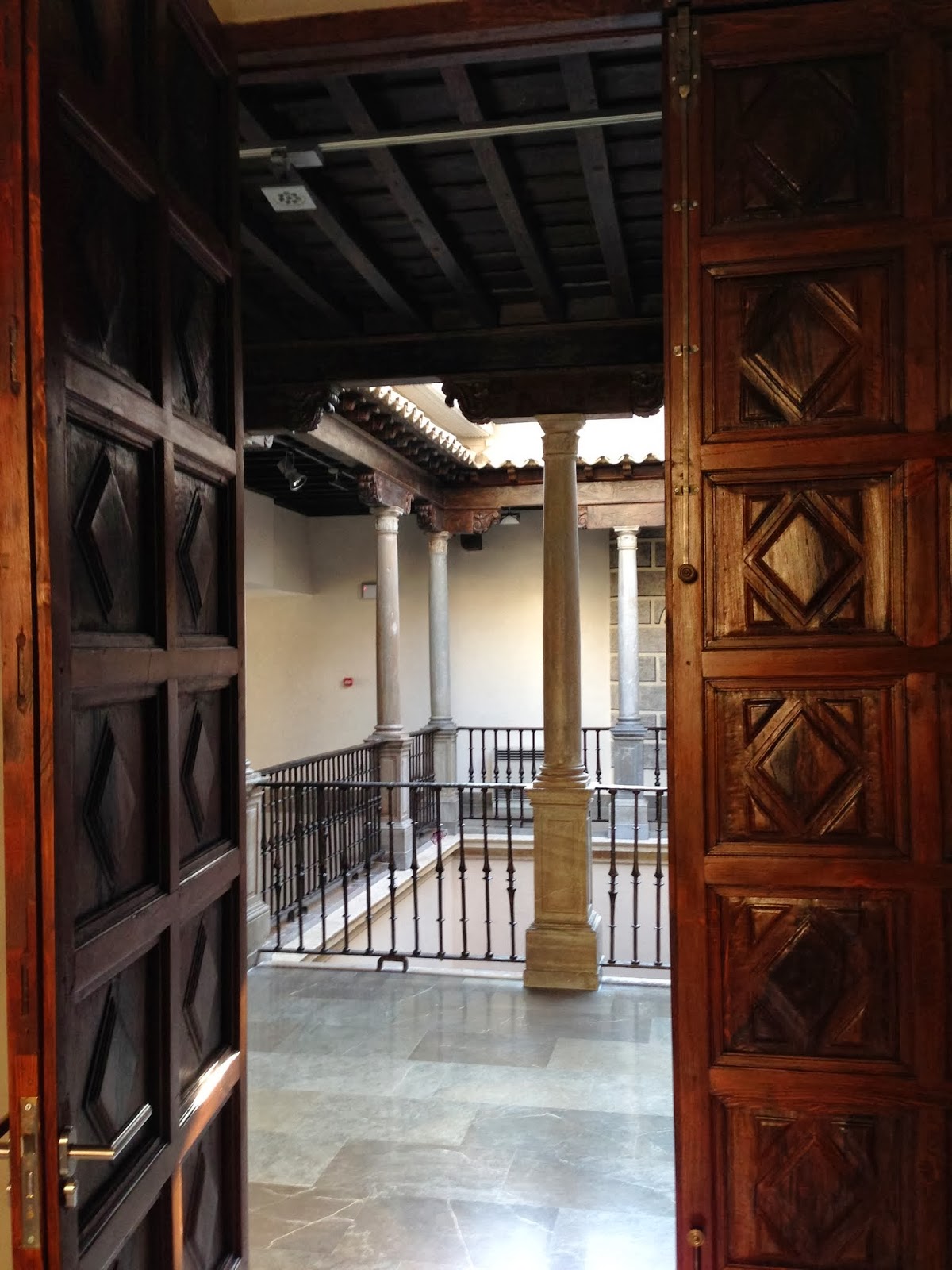 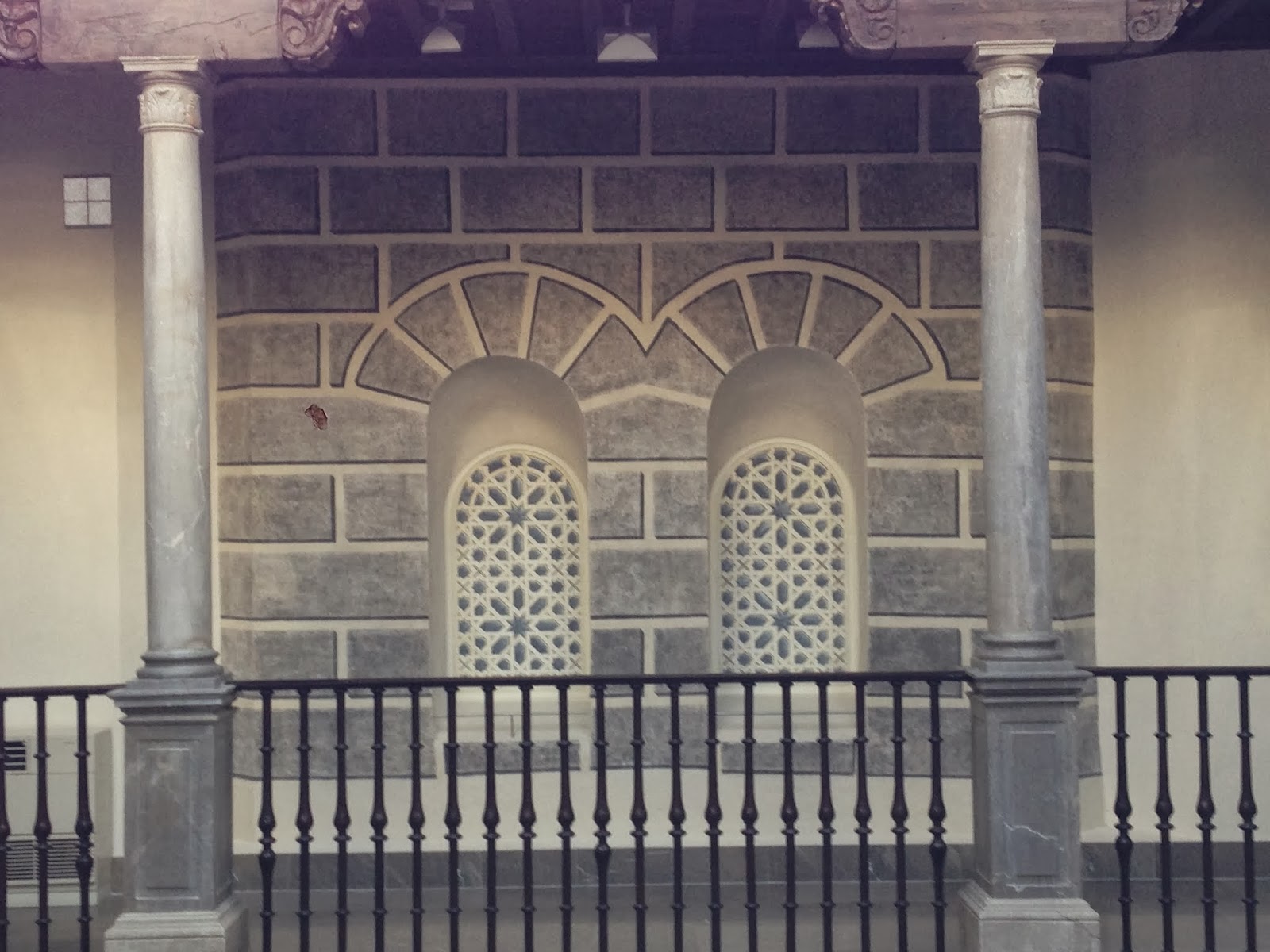 The most beautiful room of the Palace. The ceiling is absolutely stunning. It was made in Arabic style but on the side you can see small cherubs and Christian writing. 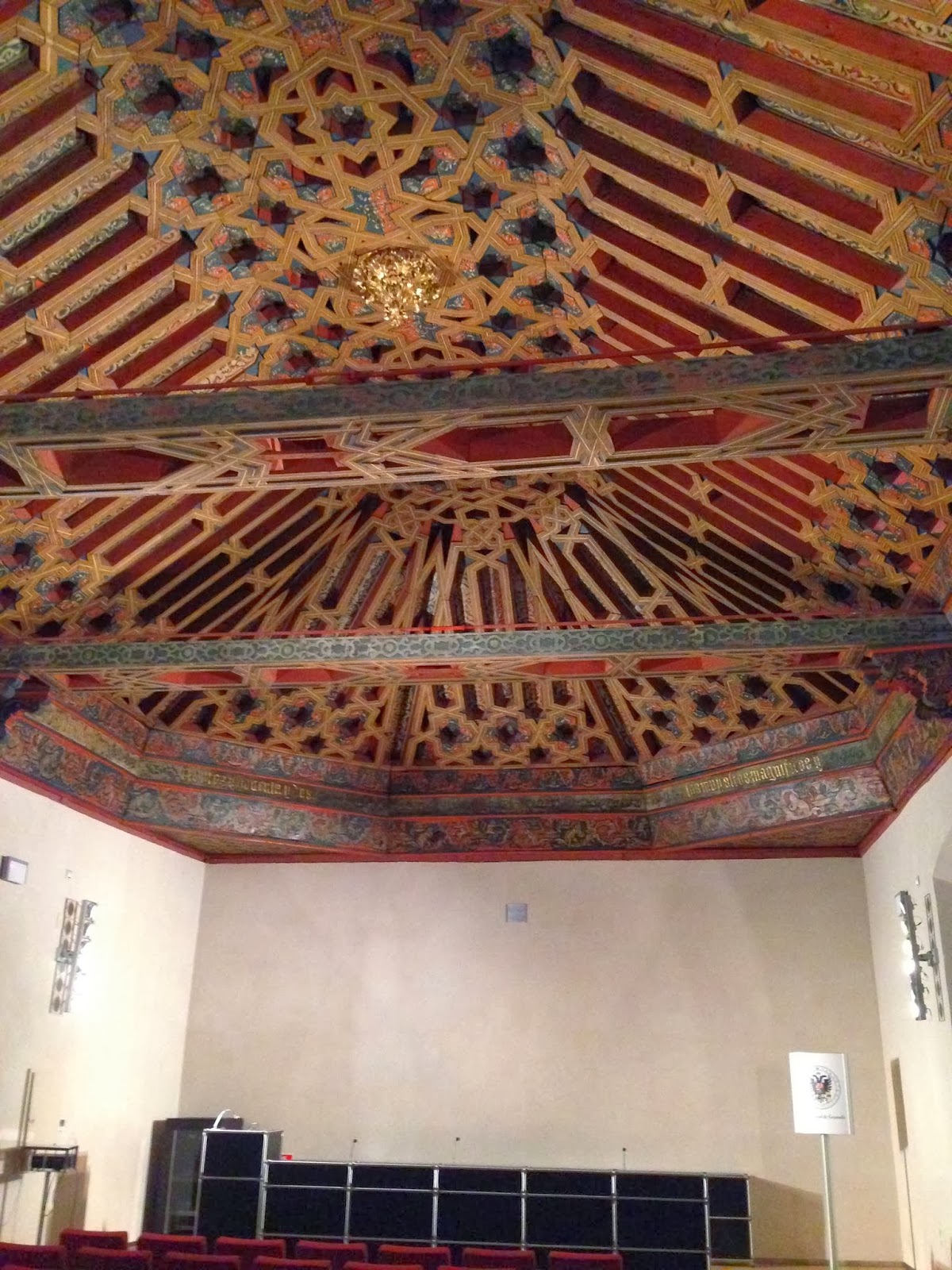 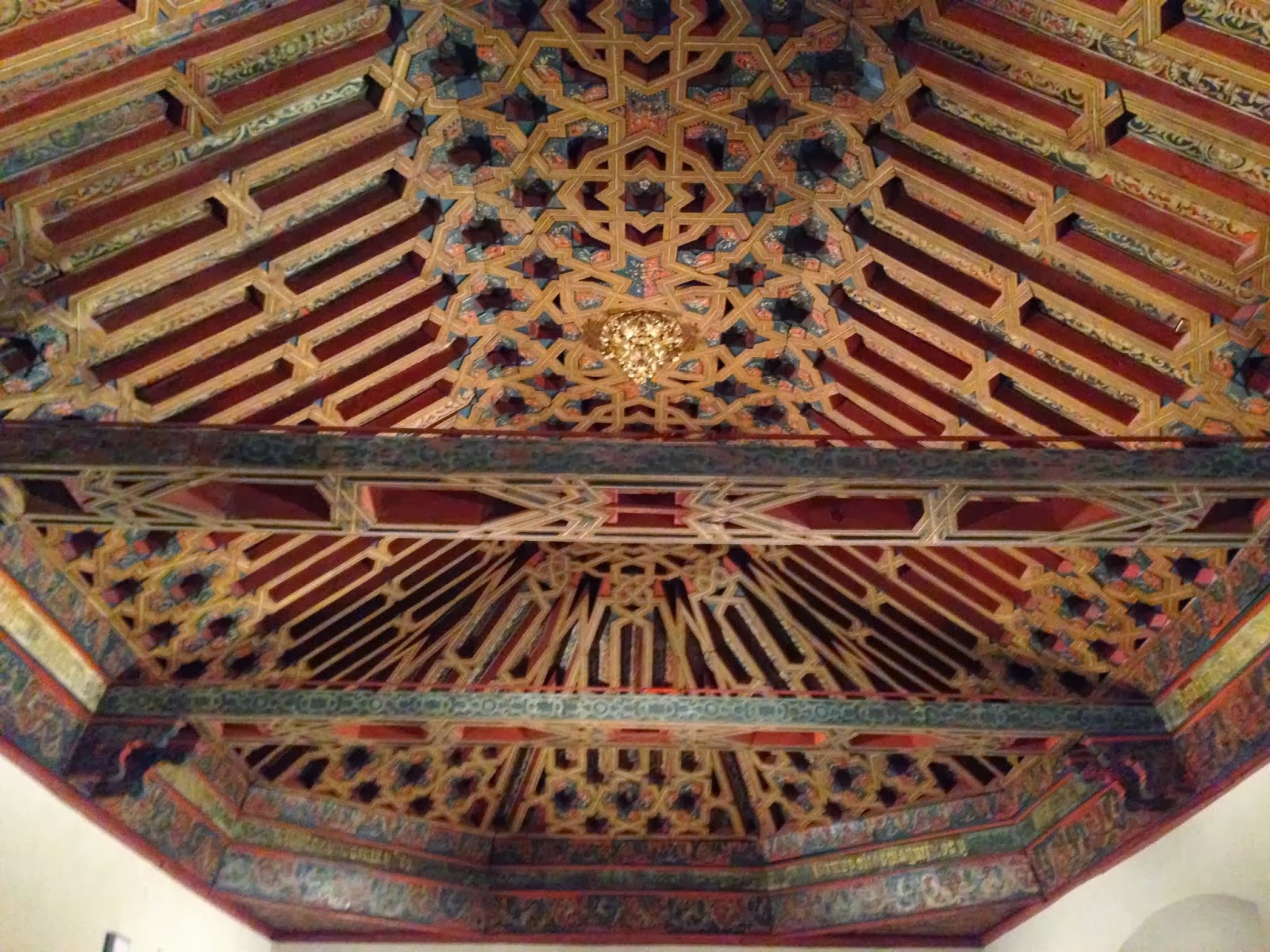 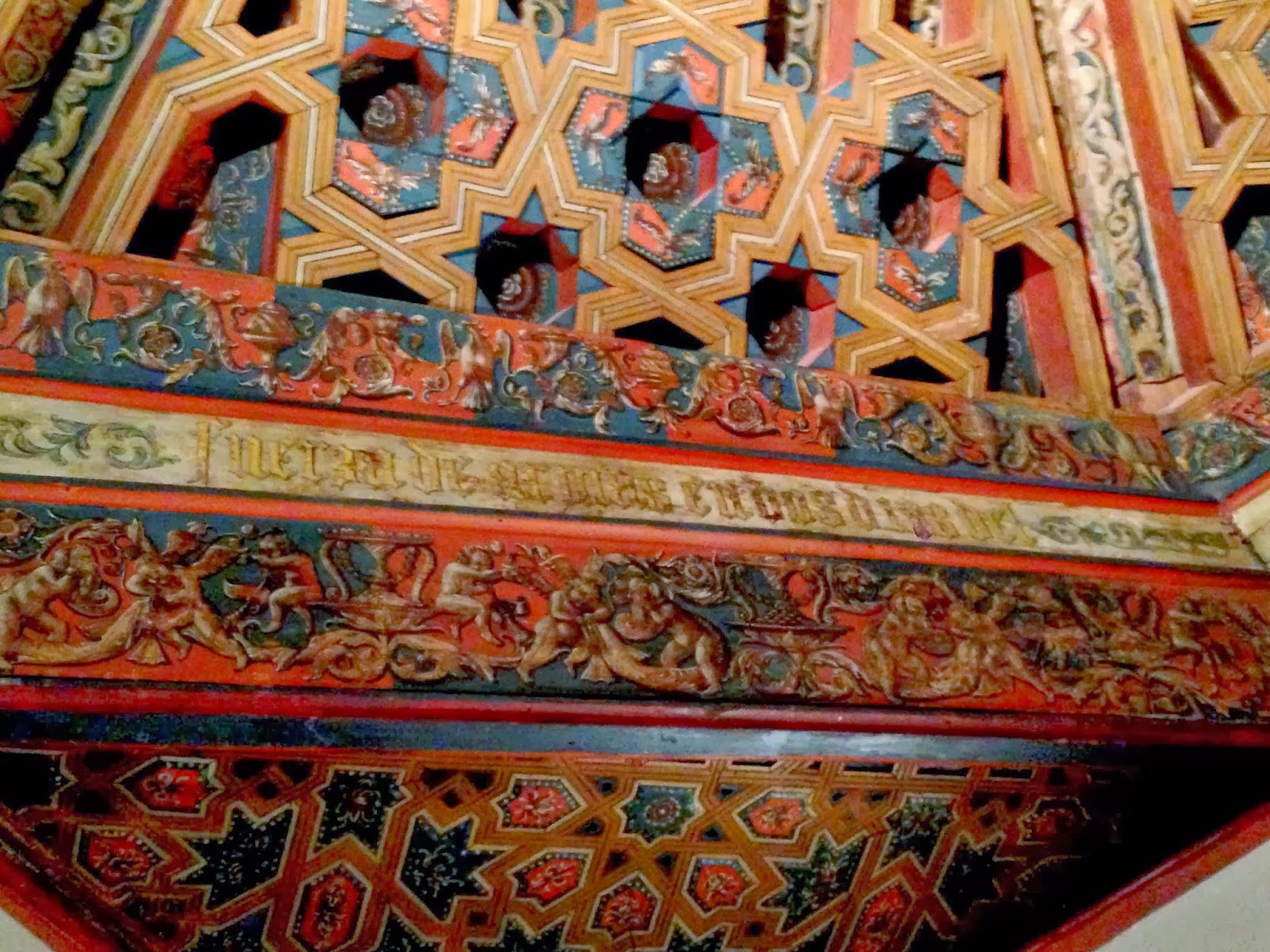 This is such a lovely place to visit. You get to see it with a guide who speaks English and without the throngs of tourists. If you’re interested in this sort of thing the Palacio de la Madraza will be a real treasure for you. You can find it on the short Calle Oficios, it's impossible to miss.
Posted by Unknown at 13:51