As I mentioned in my previous blog, on our way to see the Human Towers we heard music and saw lots of people so we went to see what is all the fuss about. It was a Folklore Festival or the Agrupacio Cultural Folklorica Barcelona, to be precise. They even had an orchestra to play the music for them. 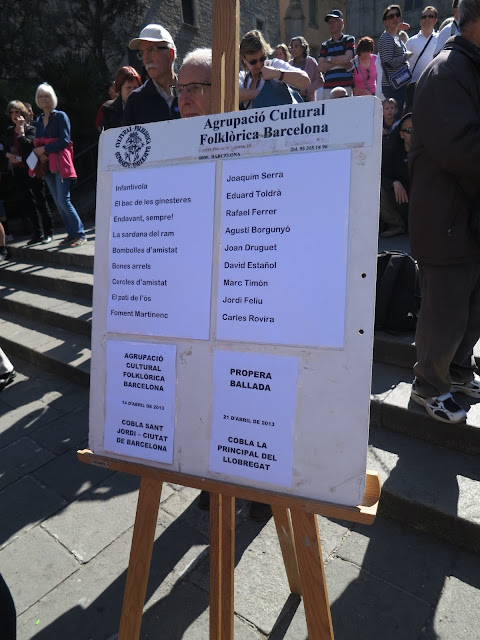 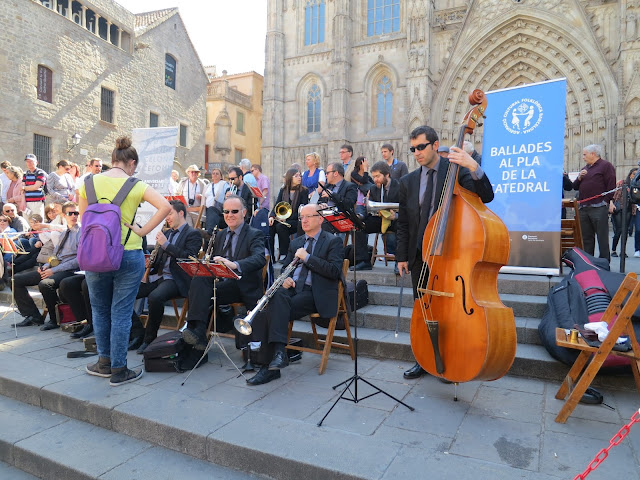 People were dancing Sardana.  This is a traditional Catalan dance that is the symbol of Catalan unity and pride. The dance is done by holding hands, there is no uniform to wear and everybody can do the steps, regardless of age, gender or class. It brings all the people of Catalonia together.

There were 3 distinctive groups, one for children (wearing red T-shirts), one for adults and one for the elderly. 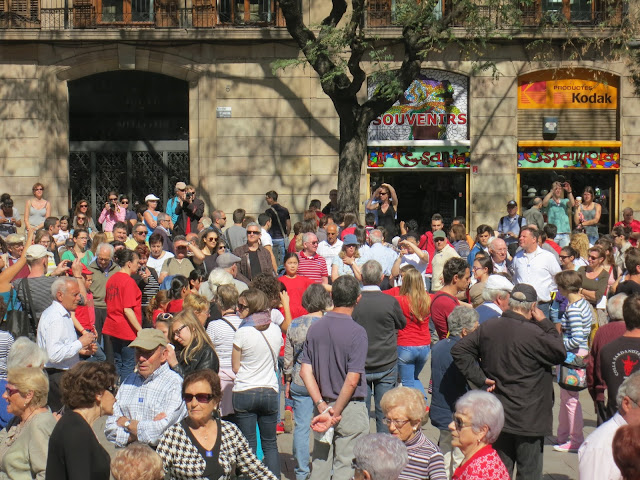 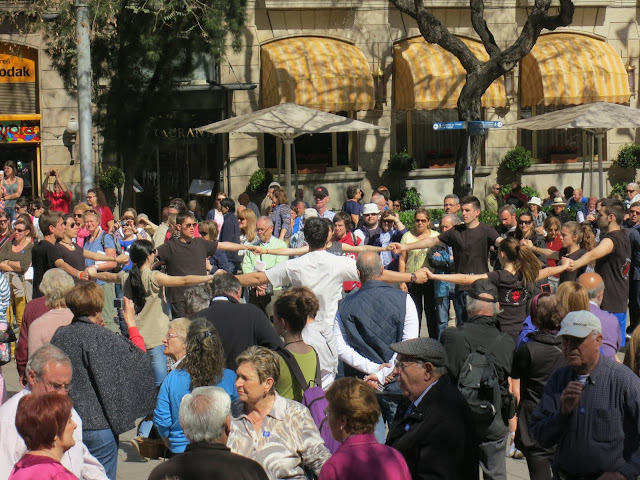 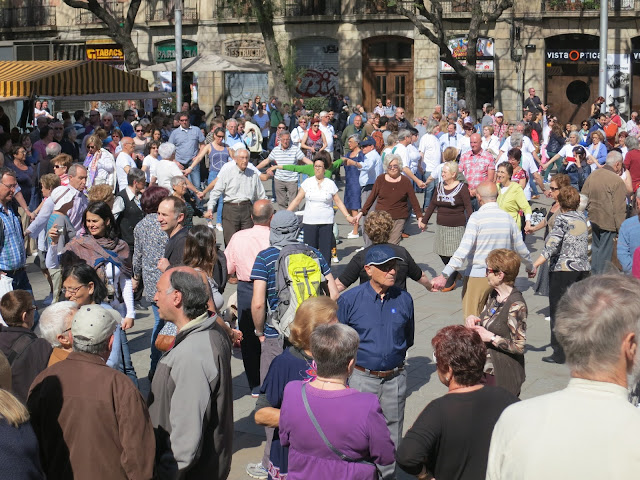 The last group’s circle soon got too big and other little groups started to form around it and soon the whole square was dancing, it was mesmerising to see! I took a short video to give you a feel of the atmosphere.

It is not advisable for visitors to join in as the steps are complicated and if one person messes up than it messes up the whole circle’s rhythm!

We saw this dance last year when we were in Barcelona although then the music came from the loud speakers and there was only one elderly circle. Still, loads of people took photos of them dancing. I remember thinking, in this city even the elderly can be celebrities!

You can see this dance on most Catalan festivals and usually on sunny Sunday afternoons in the summer. The hot spots in Barcelona are the Plaza Jaume 1 and in front of the Catedral de Barcelona not far from there.
Posted by Unknown at 21:25