San Sebastian. The place where kings and queens enjoy their summer holidays. The town that has three mountains, three beaches, an island and even a river! The name that is equal with sun, sand, sea and good food. We were finally able to taste it, experience it, fully immerse in it thanks to Paul’s parents, who made it all possible for us. 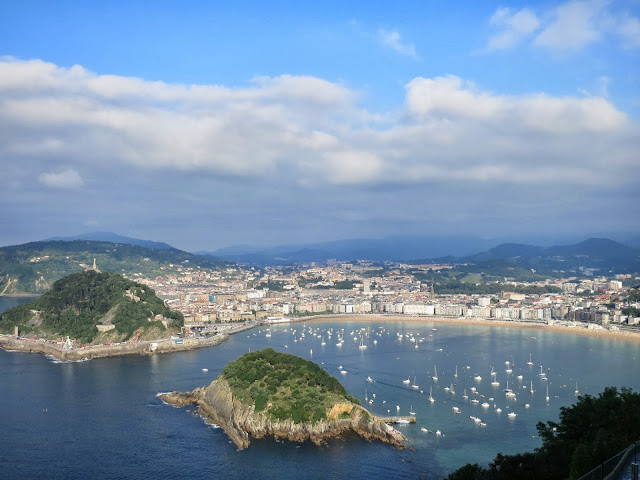 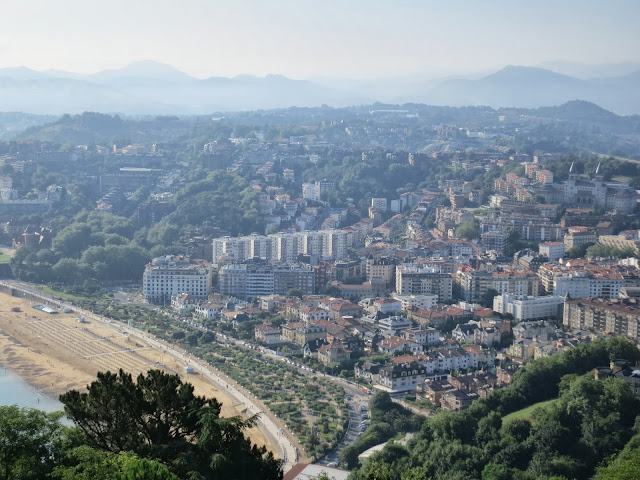 We were taken with the city from the first moment. Its 5 km coastline that goes on and on in front of you covered with gorgeous white sand is just something that cannot be ignored. It was so true for us that for the first time since I moved to Spain I didn’t have the urge to go and visit every nook and cranny of the unfamiliar place. I just stopped at the beach and (hard to admit but) didn’t quite make it any further. Just look at it! 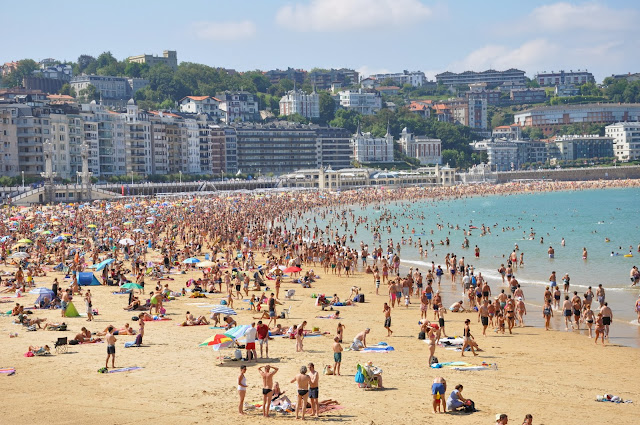 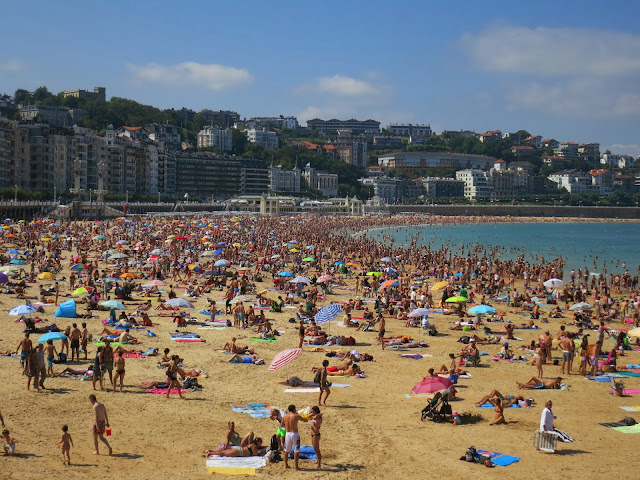 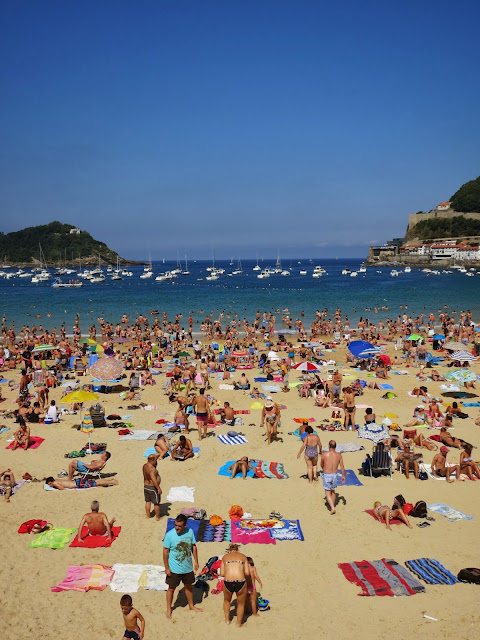 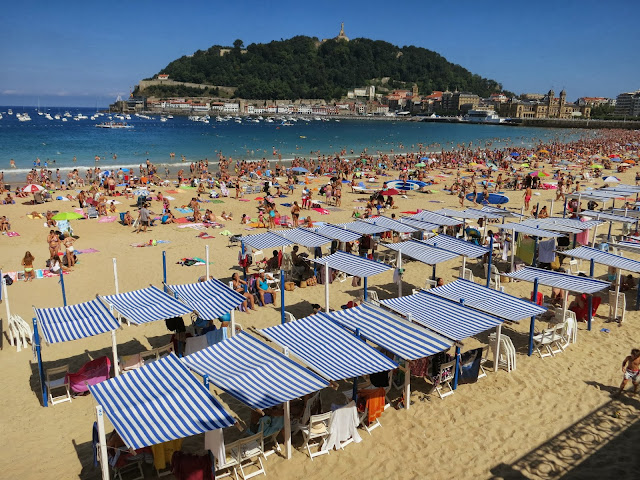 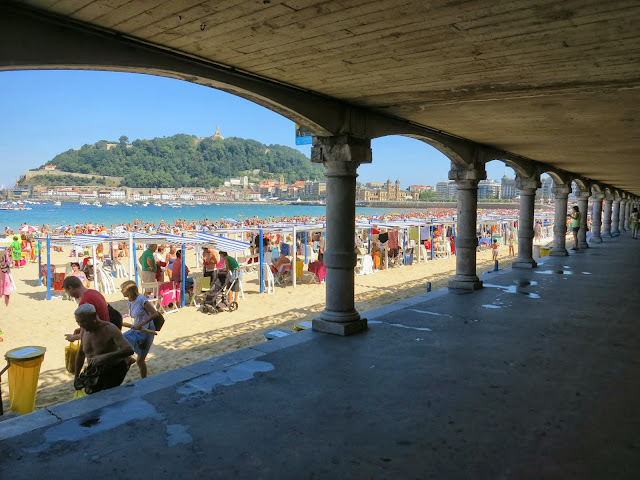 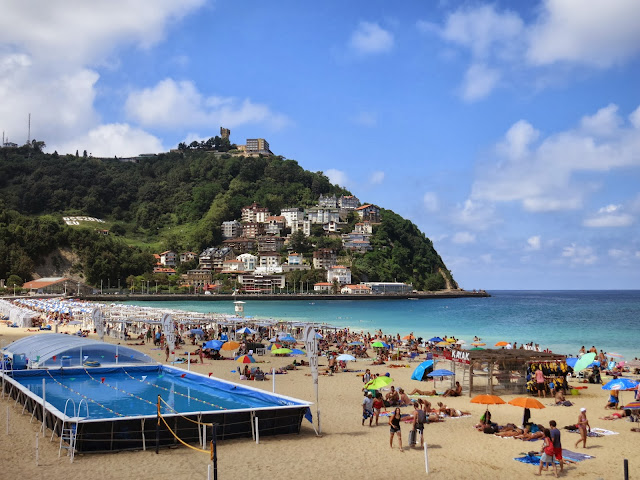 For some reason even though the water comes from the Atlantic it was still a bliss to swim in it. We spent the better half of the day here, including the whole family. We decided that one of the reasons for the beachfront’s charm must be the fact that all the houses around are from the same time, the 19th century, all of them are in good condition and the view is not ruined by big modern hotels. To be able to truly appreciate this you have to be in the water looking back at the city.

There was a very curios phenomenon going on on the beach. From the early hours people were continuously walking up and down at the edge of the sea. I mean LOADS of people and we didn’t know why! We came up with many possible (and even more impossible) reasons but none of them seemed right. At the end I felt socially pressured to stand up and join them! I walked with the crowd to the end of the beach and back but I didn’t get any better ideas. Please, if you know the reason, explain it to me in the comment section! 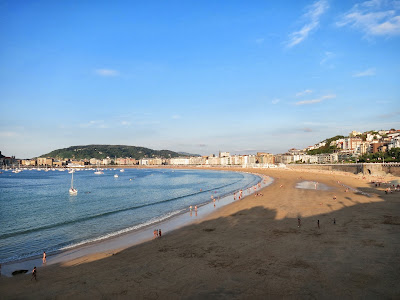 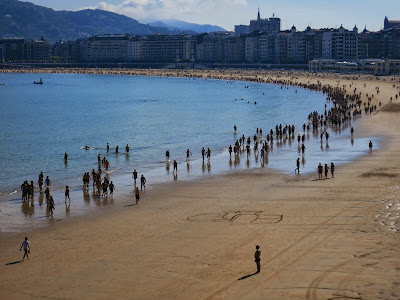 The festivities were still going on although this was the first place we didn’t see people wearing the now familiar blue-white scarves. Amongst the programs was an international firework competition that was going on for a few days and this night was the last and the biggest. We were all very excited to see them. I can’t remember of the participating countries but they all lasted a few minutes with a great finale at the end. It was truly spectacular. 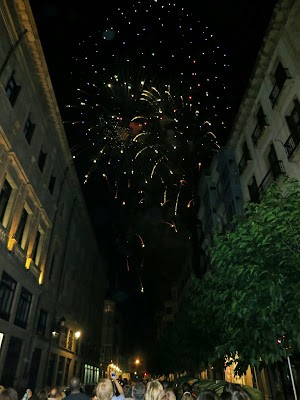 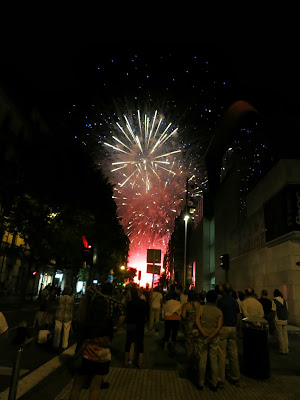 The next day we had a little look around the Old Town. We visited the St. Mary’s Basilica and the St Vincent church, which are at the two ends of a street facing each other. 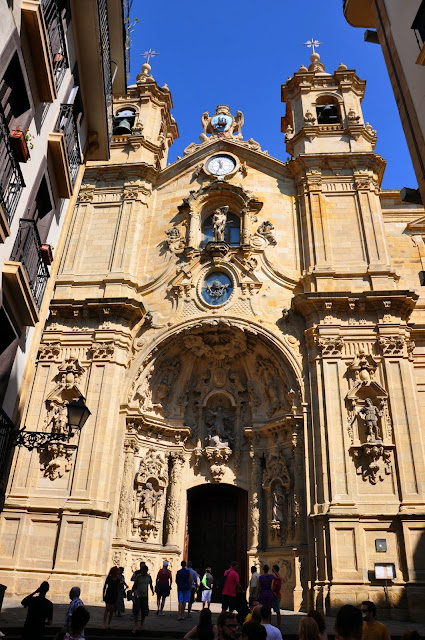 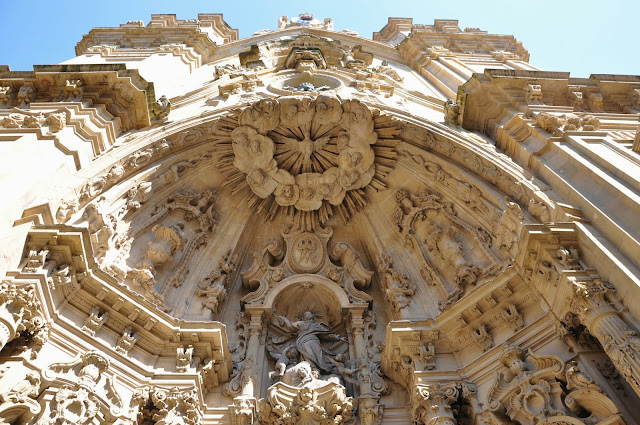 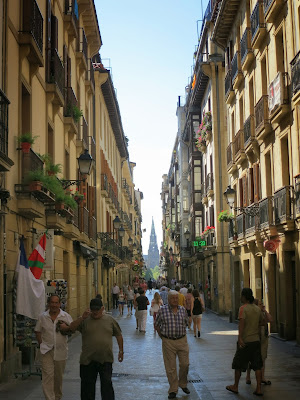 Some other photos of this lovely city. 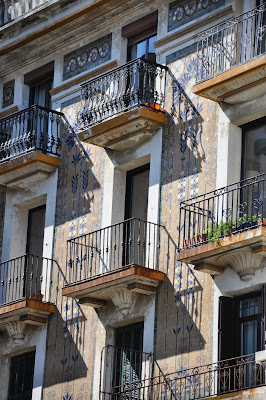 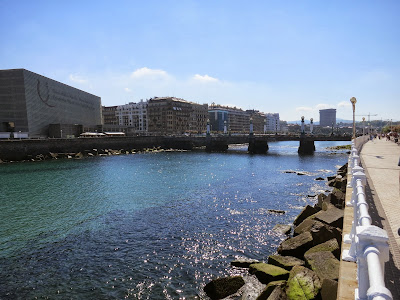 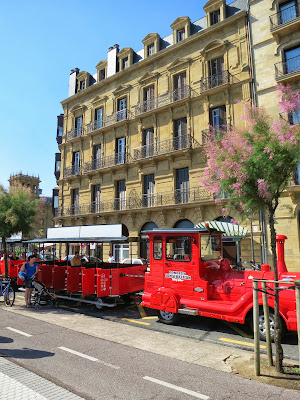 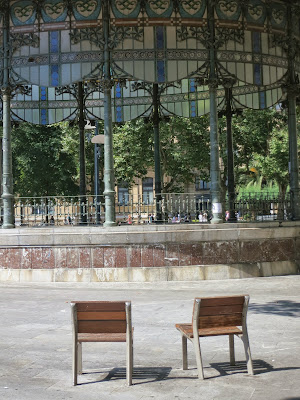 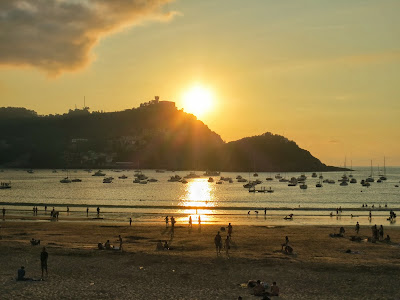 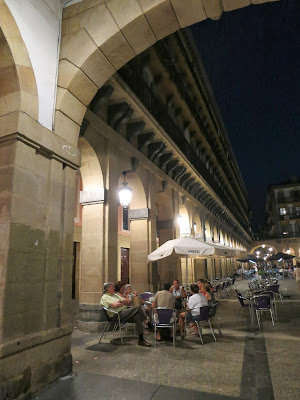 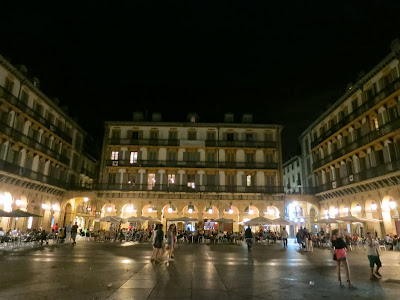 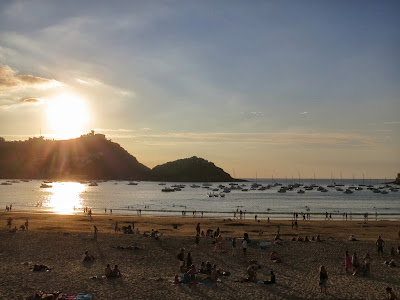 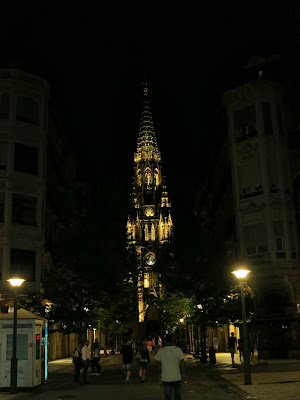 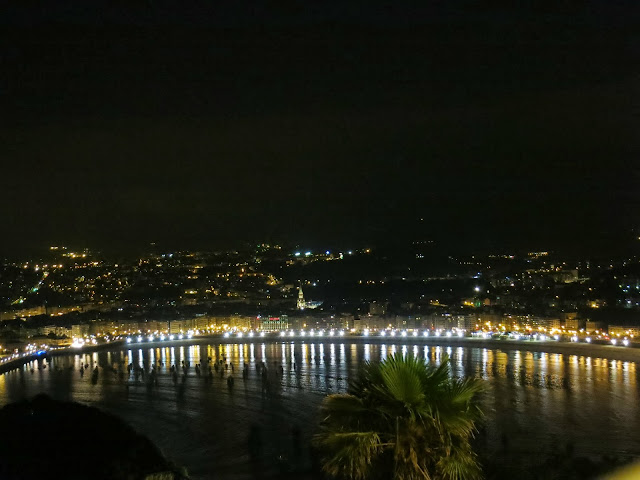 I hope one day I can go back and explore more of this amazing city. 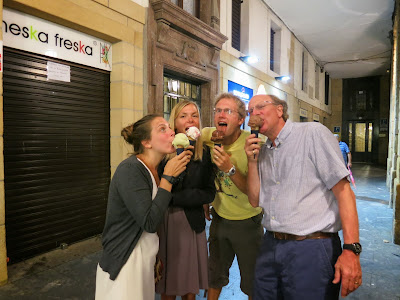