Part of the ‘Off the beaten track Lanzarote’ series.

Another weekend, another volcano. As we were in the vicinity visiting the Timanfaya National Park where you are not allowed to climb the volcanoes, Caldera Blanca seemed like an ideal option to satisfy our crater-watching needs.

Even though it looked close on the map it actually took us some time to get there as we had to go around it. From the village of Mancha Blanca we took a road towards it that soon turned into a dirt road. Our hired little Fiat 500 did not cope very well! When we found the path leading left we parked our little car on the side and continued our journey on foot. 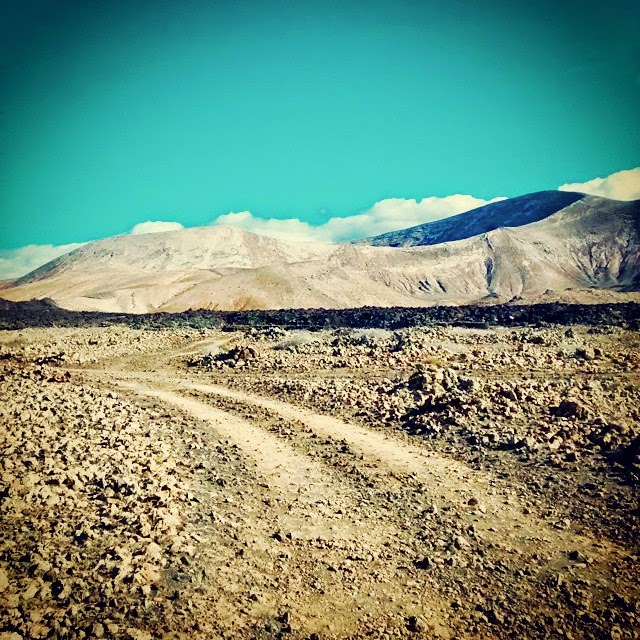 Caldera Blanca or ‘White Crater’ (458m) has the widest crater amongst all the volcanoes on the island (1200m across) therefore it’s a very imposing sight. It has two shorter neighbours flanking it from the sides, Montaña Calderata and Risco Quebrado. The three of them make up a so called island as during the eruptions of the Timanfaya volcano at the beginning of the 18th century lava flowed around them.

The rocks that Caldera Blanca is made of are much older than the lava and it seems white in the sea of black, hence the name. In the vicinity there are some more, smaller areas that avoided the lava flow which, according to the information board we found, are ‘full of life’. Well… 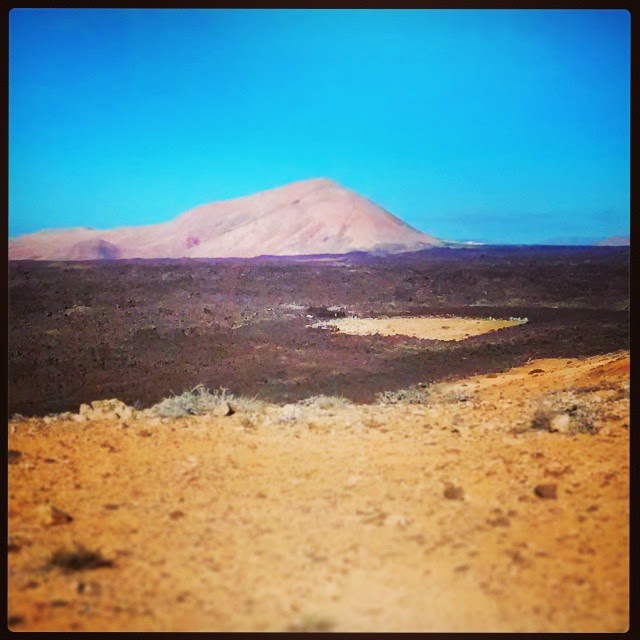 After about half an hour walking we got to the foot of the volcano. The route leads up to the crater diagonally therefore it’s a nice, gentle climb, although you have to look where you put your feet. 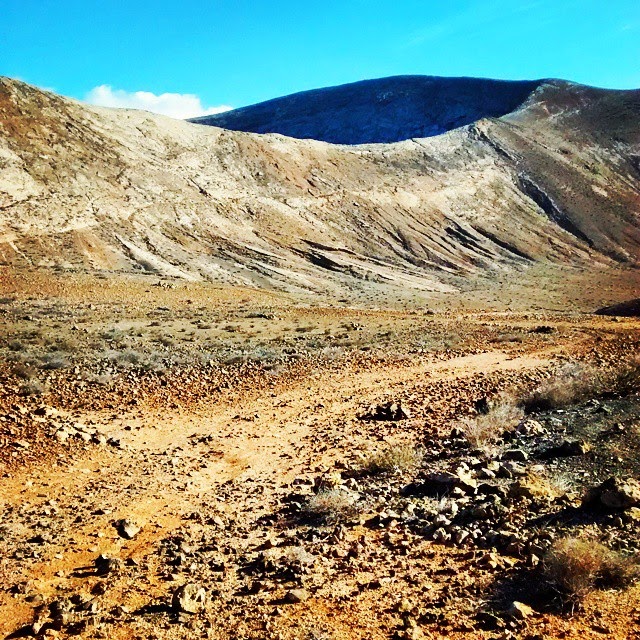 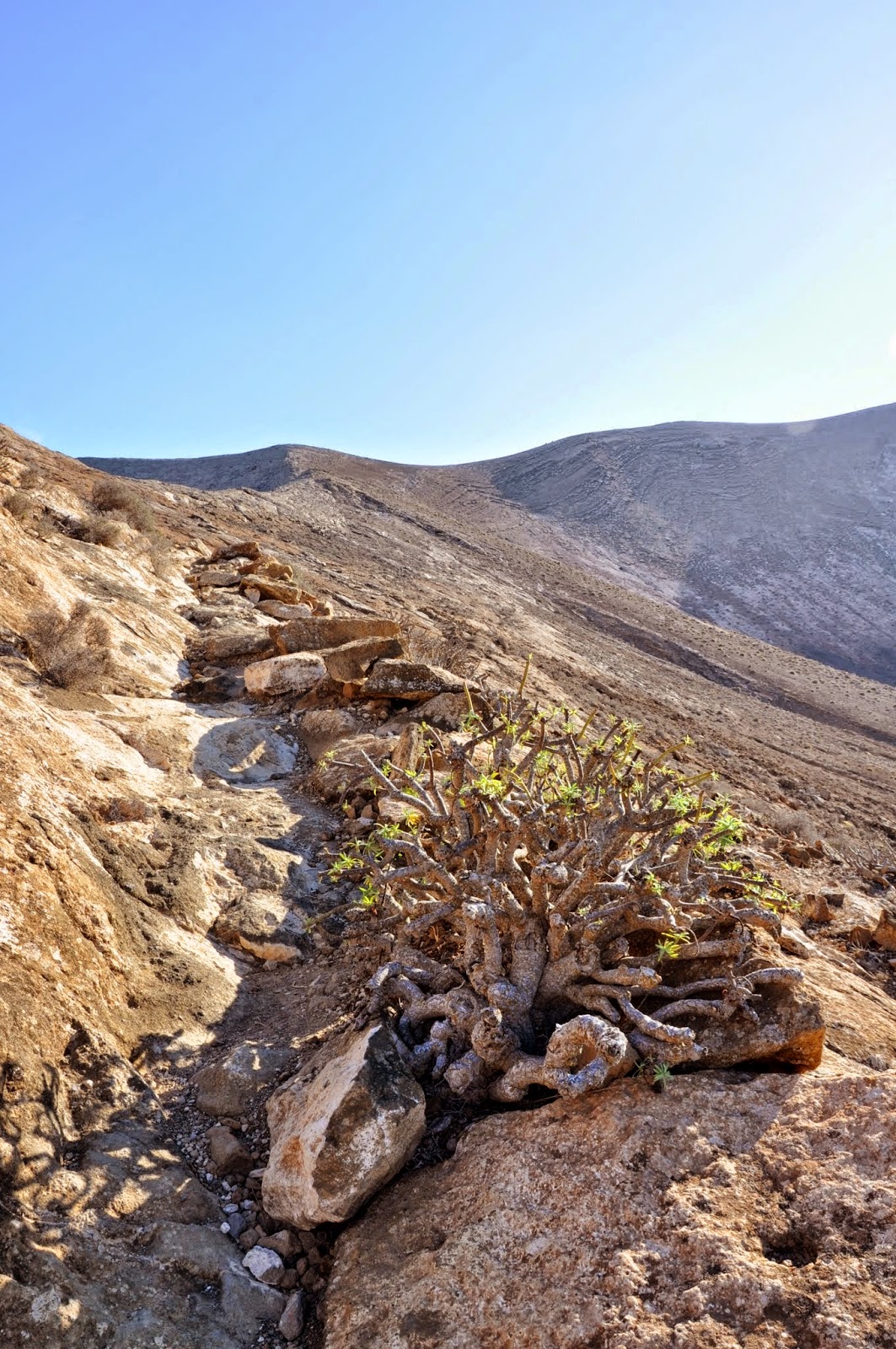 When you get up to the rim the path is not that obvious although thoughtful people have placed a few cairns to guide you. At the end we just took the trail that seemed easier to climb. It gets a bit steeper as you advance towards the short pole marking the highest point. 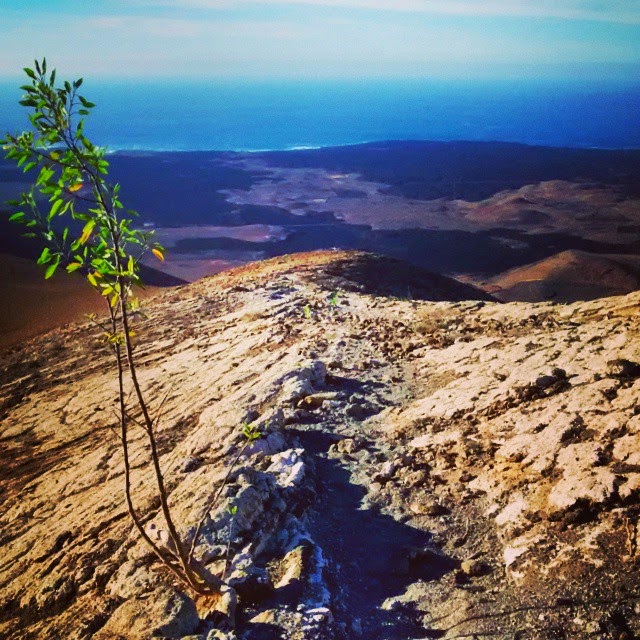 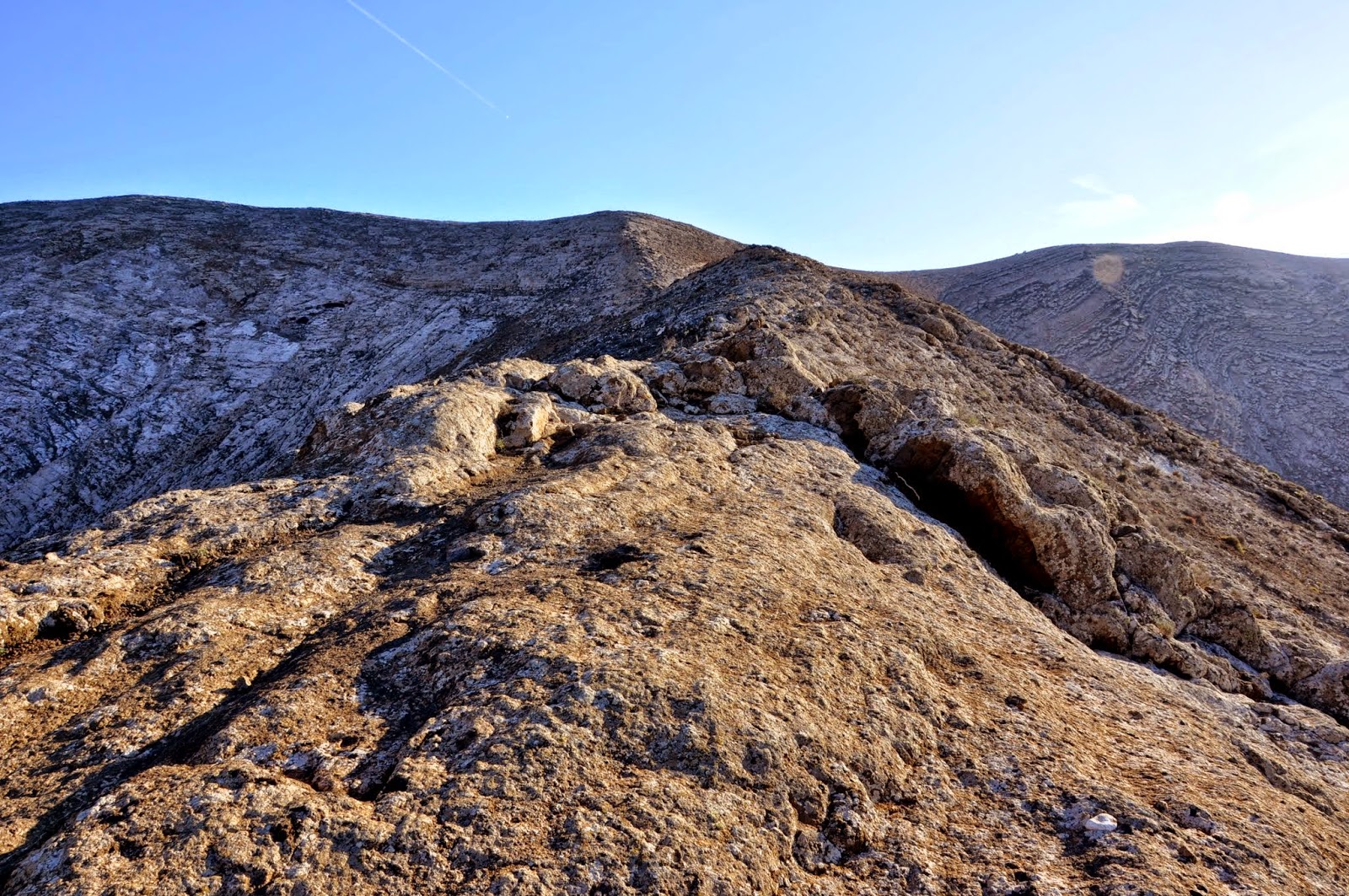 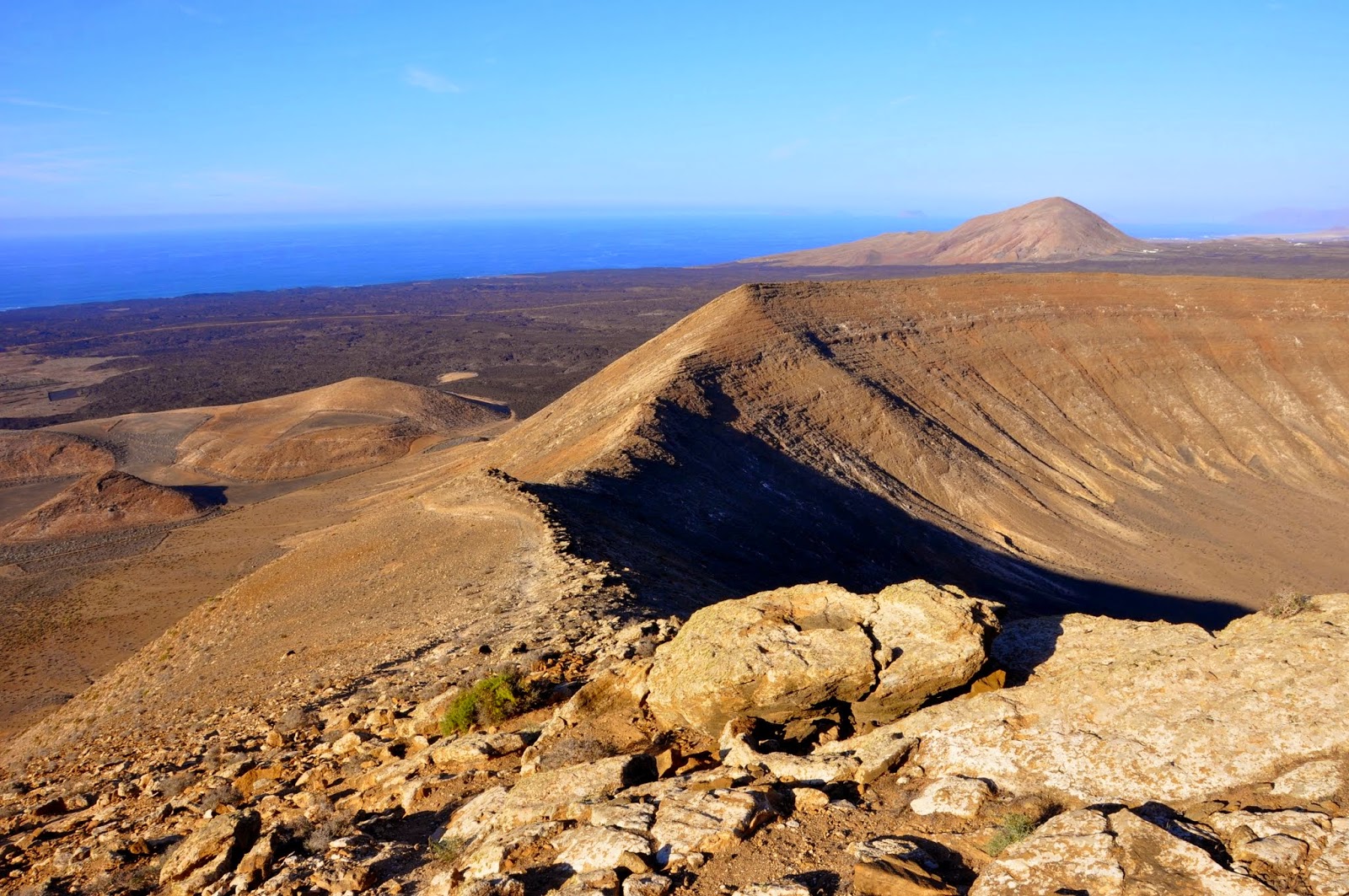 Looking down into the crater of Caldera Blanca will take your breath away. It’s enormous! Its wall is very steep and thanks to this everything inside looks undisturbed by human activities. In the middle there’s a small patch where some plants seemed to eke out a living by gathering the rain that makes its way down the crater. 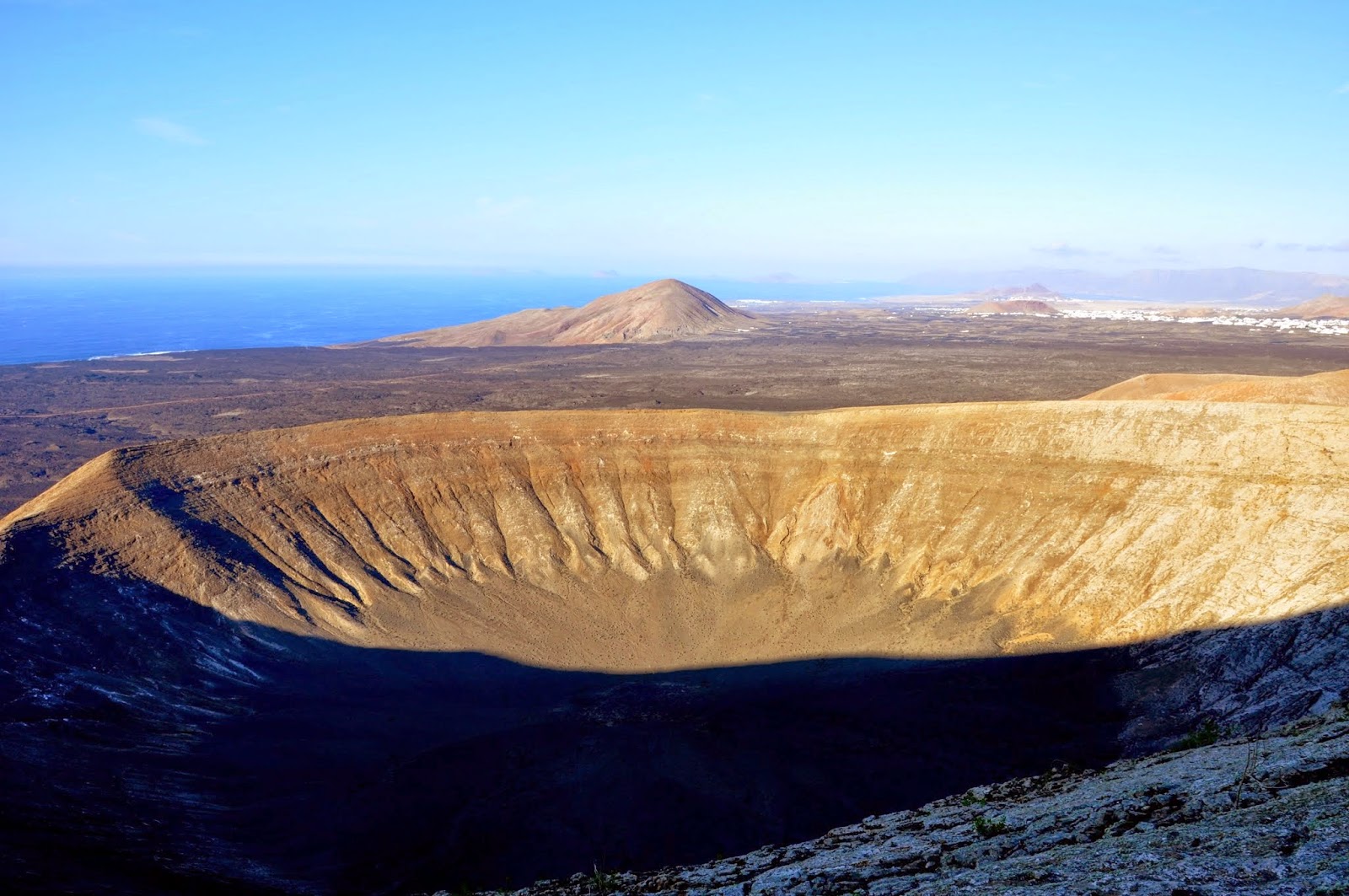 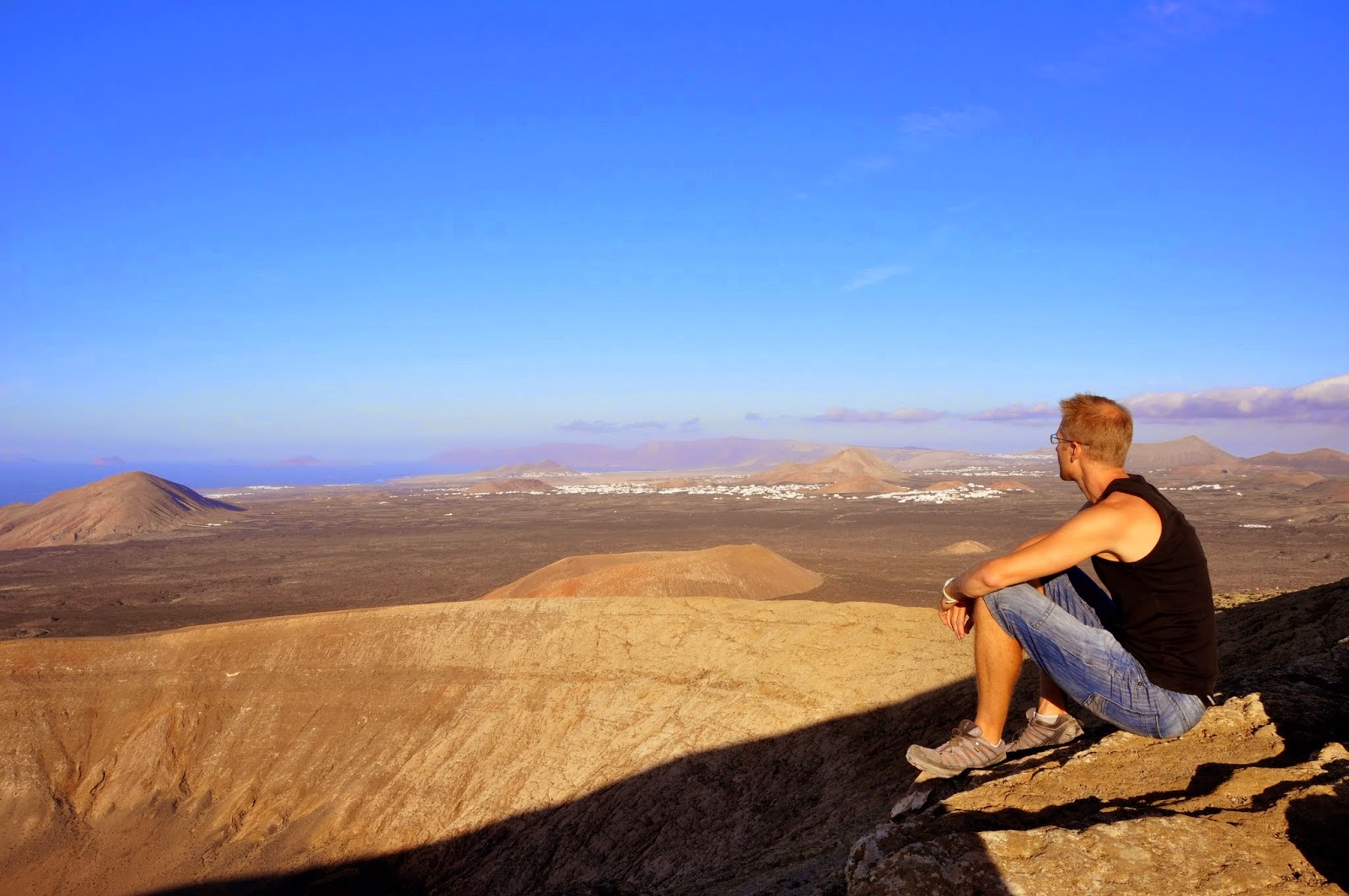 Due to the height you’re standing at you can take in the whiteness of the volcano, the blackness of the surrounding lava, the blue of the sea and the white of the small villages dotted around in the distance. Not to mention the volcanoes of Timanfaya National Park on the other side! From here you get an unobstructed, 360 degrees view of the island. 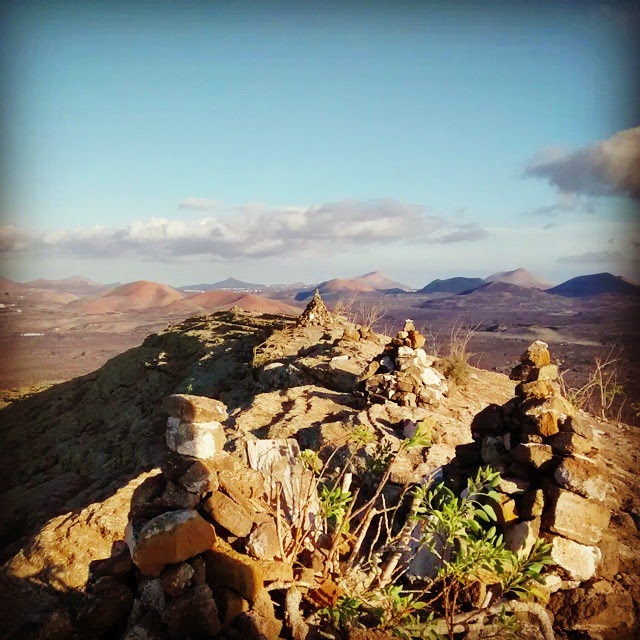 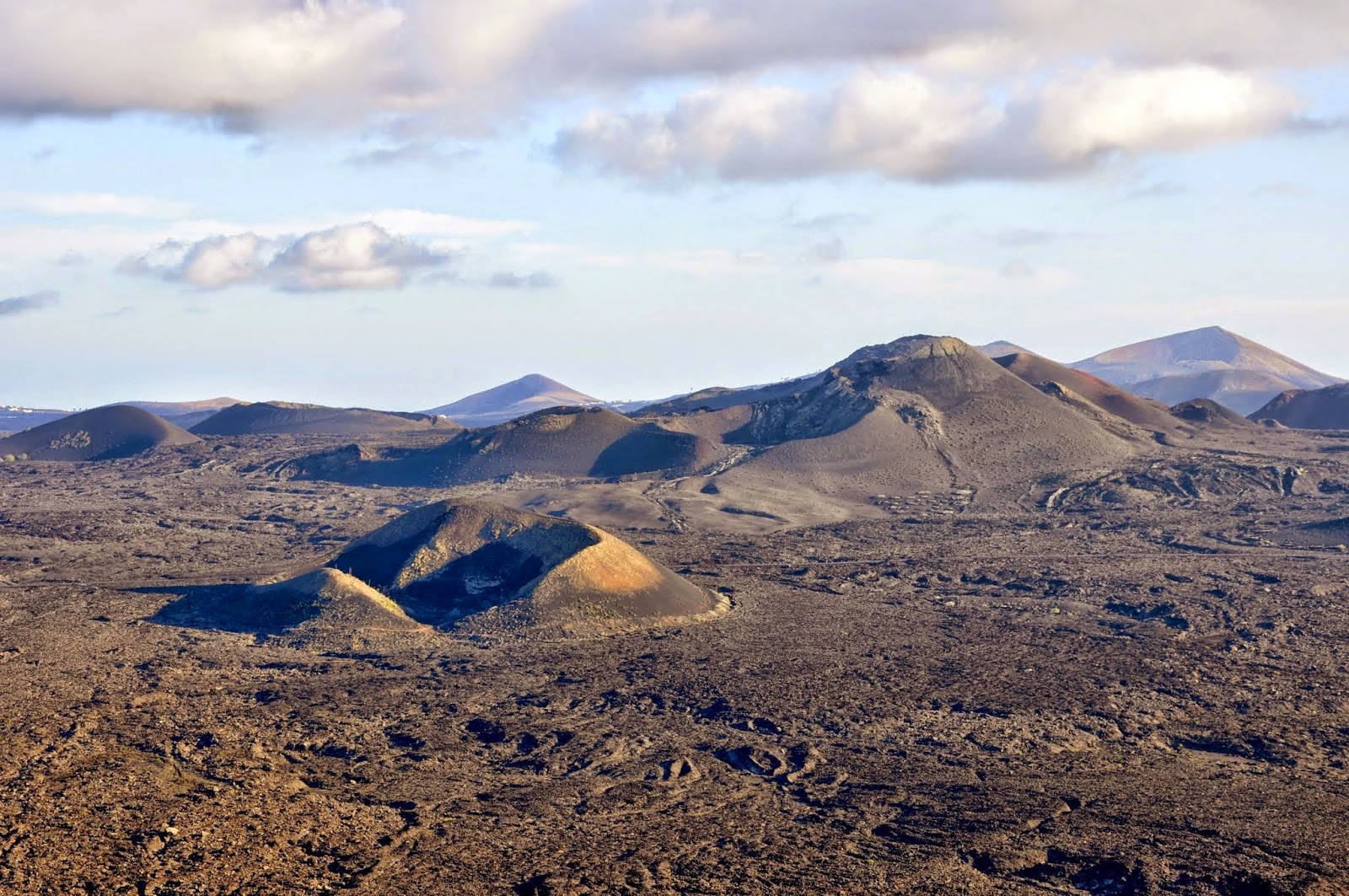 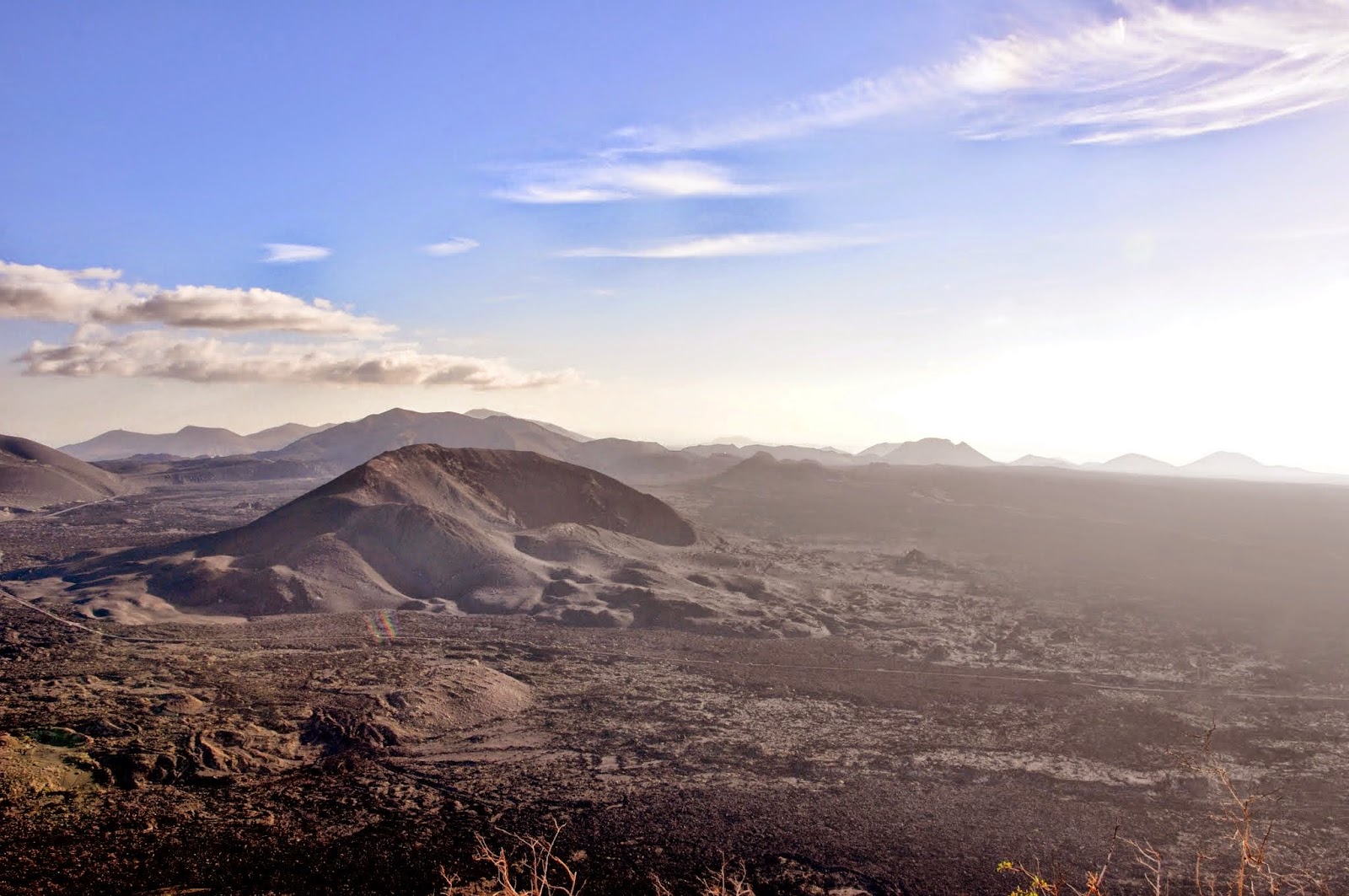 It is possible to walk around the rim however we were there late in the afternoon so we made our way down cautiously. Even though the ascent is not much and the climb is mostly manageable I would rate this walk to be moderate due to the trail leading down. It is full of small loose rocks and you have to be very careful not to slip. It took us much longer to get down than go up.

Make sure you bring your ‘volcano climbing kit’ which should consist of plenty of water and sun cream plus hiking shoes with good grip.

This walk can be done from many directions, most websites suggest walking from Mancha Blanca, from the North. We drove a bit closer and approached it from the West. It’s a great little hike as it doesn’t take long to do, rewards you with great views and you don’t have to go too far out of the tourist zone. Having said that no need to be worried about meeting many people up here, the majority of Lanzarote’s tourists prefer the beach.
Posted by Unknown at 12:46