Even though what we think of the facade has been left to our imagination the inside of the house gives us a clear image: being under water. There are hardly any straight lines inside the house to mimic the waves and every little detail supports this fantasy.

This is the entrance where you can get your audio guide, luckily it is included in the ticket. It looks like any normal entrance but have a look at the door behind the ladies. 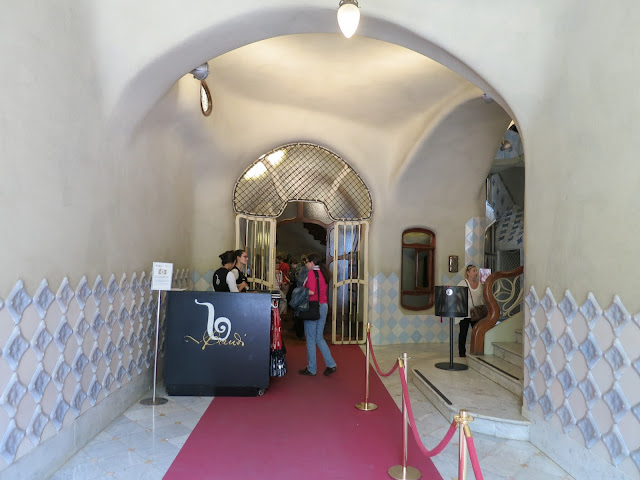 This is the room where you can find the grand staircase that leads up to the living quarters. Let’s stop here for a second. 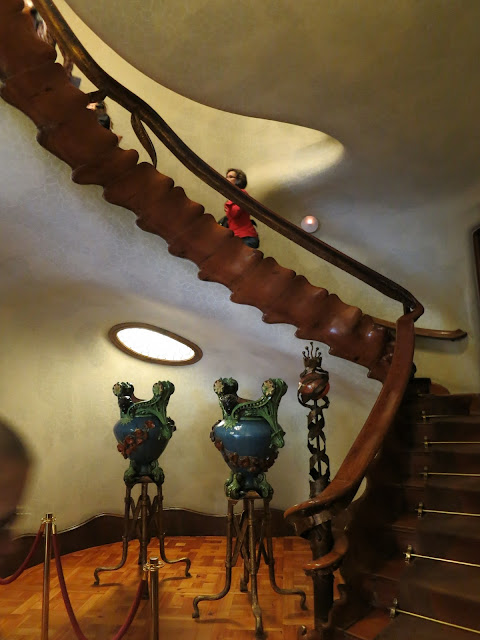 I have to admit I’m not sure what these urns are for but they look very similar to the ones I found in Casa Vicens. 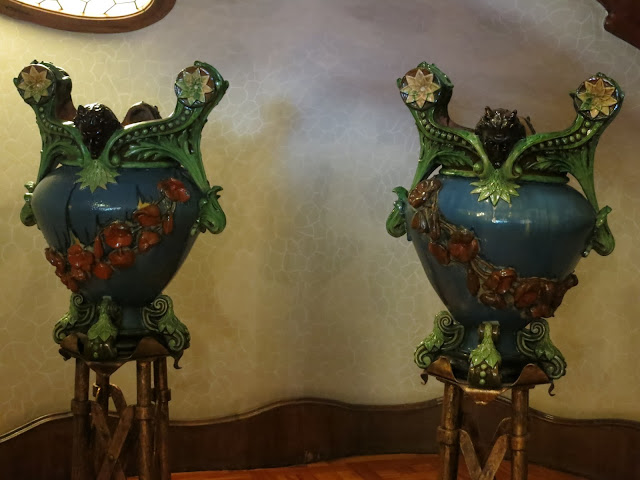 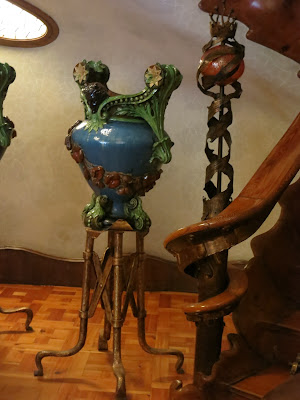 And the staircase. It definitely looks like a dragon’s spine. With this house Gaudí wanted to provide the inhabitants with many sensory experiences, not only for the eyes but also for the touch. Notice how the shape of the bannister moulds around the hand. 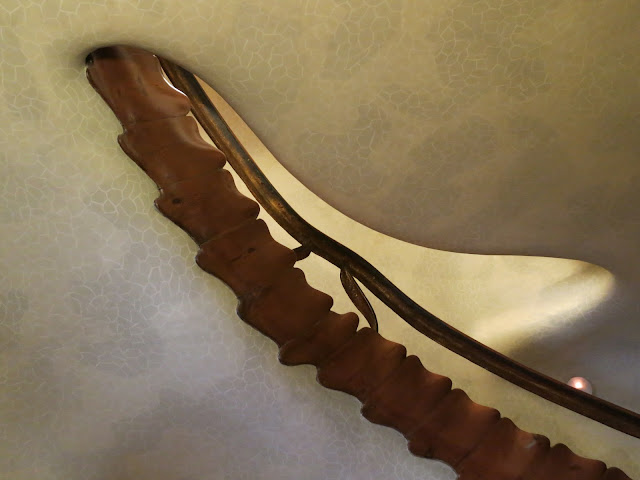 Have a look at the ceiling. There are no edges and corners, even the colouring of the ceiling gives us the illusion of the sun reflecting back from the water. The circular windows look like bubbles. 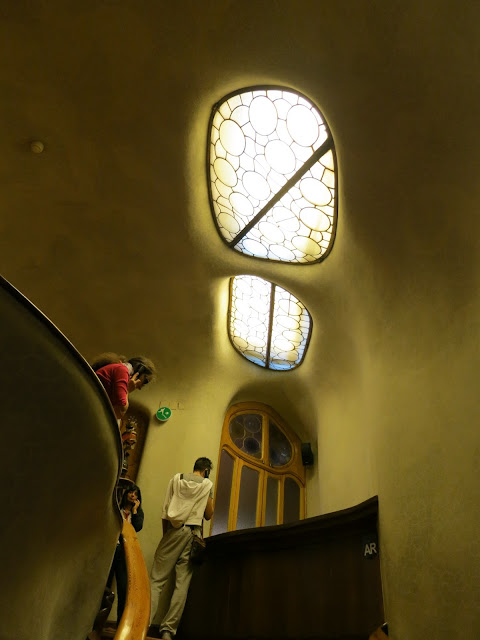 After you walk up the staircase you arrive to this smaller room. Even though it´s not big in size it has lots of things to take note of. Have a look at this fireplace. For Gaudí, function was not a thing that would limit his imagination. He made this little niche in the wall mushroom shaped. Apparently the fireplace was intended for young couples and their chaperons where they could have a more intimate but still supervised meeting. 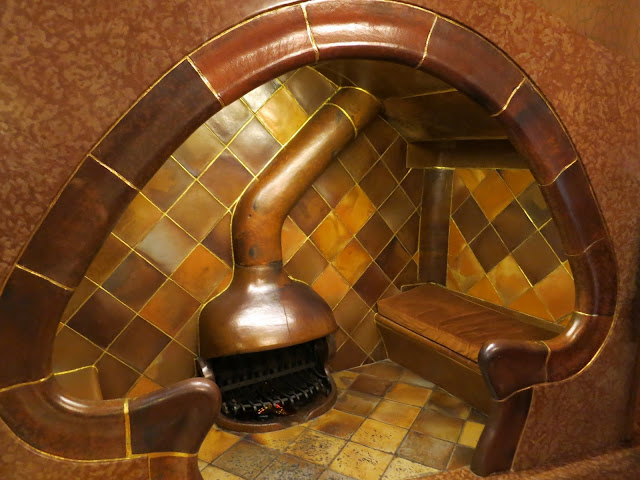 You can even have a photo with him! 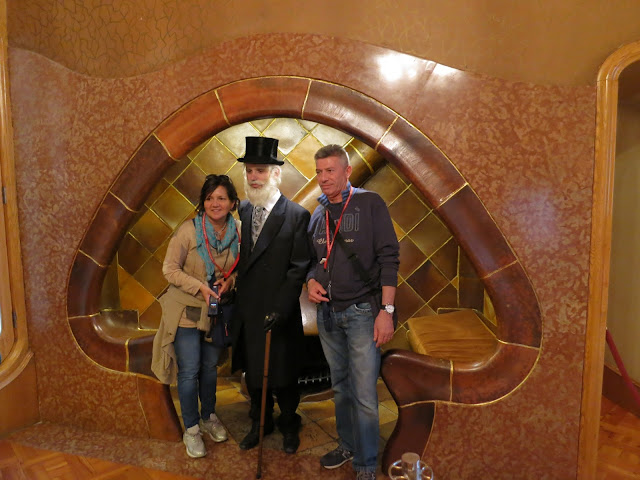 Notice that above the door there´s a light shaft. Gaudí used many techniques to let as much natural light into the house as possible by devising all these little tricks. When looking at the doors you notice the colourful circles straight away. They are designed so that they are a different shade according to the time of the day. And another little curiosity: they have different colours on one side than on the other! 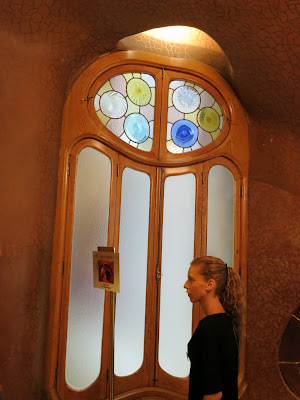 He paid a lot of attention to air ventilation and used these slits to assist it. 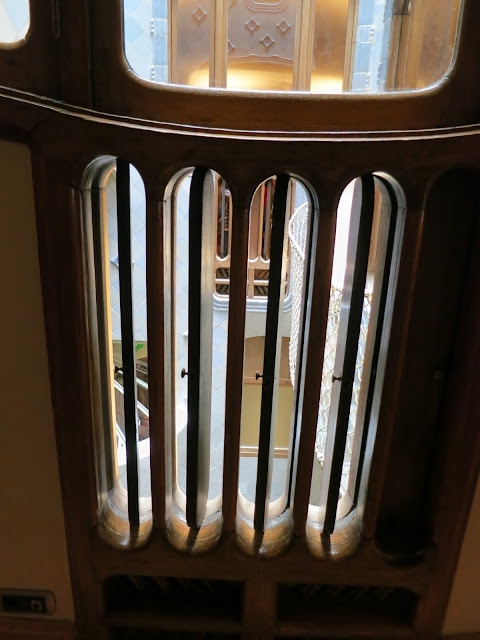 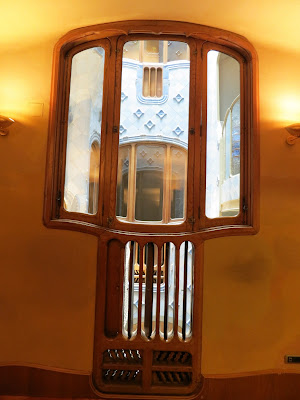 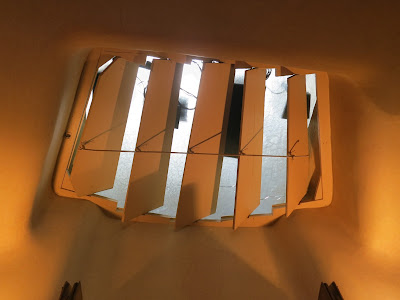 Even the surface of the doors is not flat. 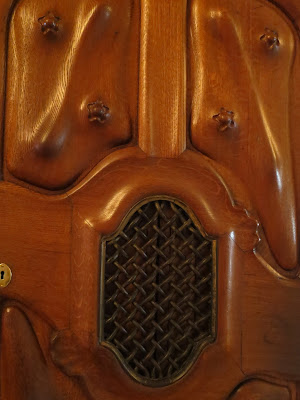 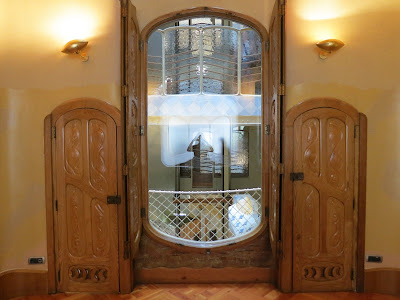 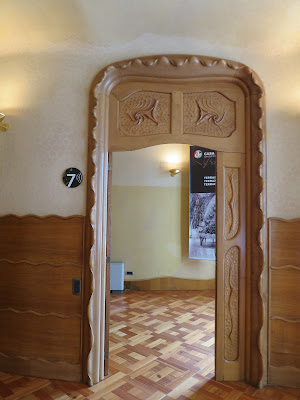 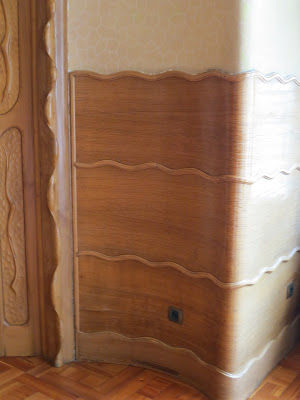 Some other details of the house. 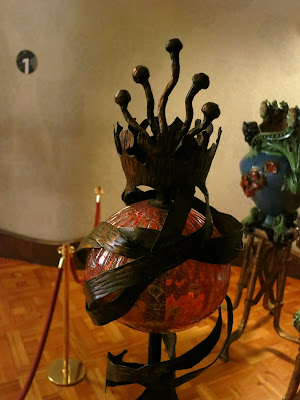 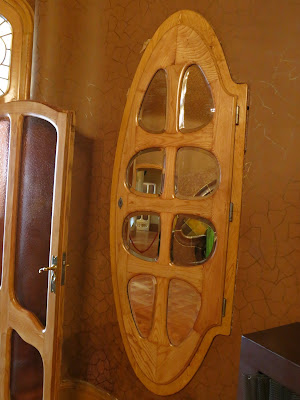 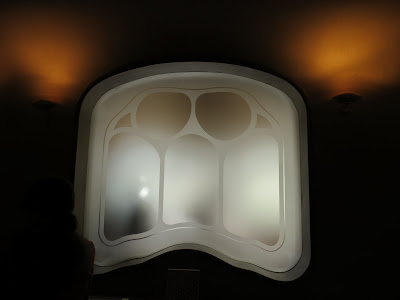 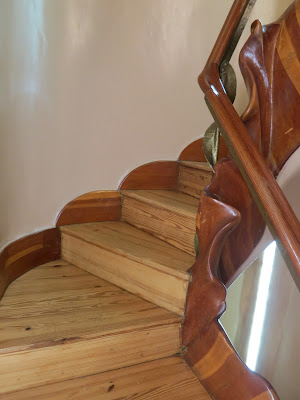 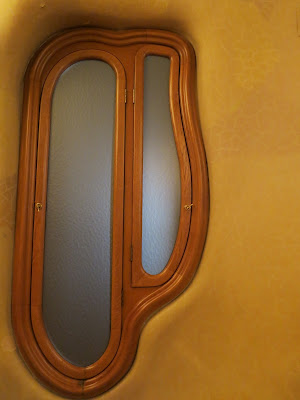 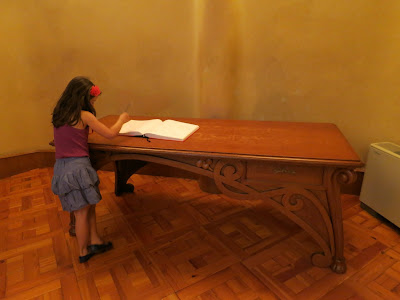 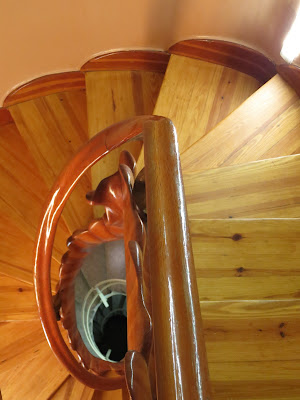 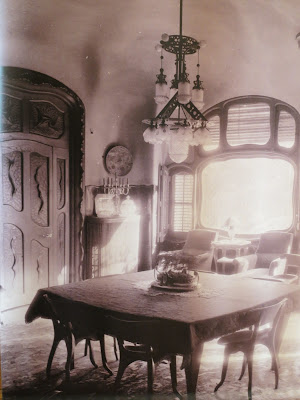 Tomorrow we’ll look at the famous reception room on the first floor.